Being the Chinatown of Saigon, Cholon has a number of fascinating temples that were built by the Chinese who settled here since 1778.  These temples are built by the different clans, hence it’s not surprising to find a few temples dedicated to the Goddess of Mercy (观音菩萨) and Lady Thien Hou (天后娘娘).

One of the more popular temples in Cholon is Quan Am Pagoda or Chua Quan Am (观音庙).  Built in 1740, this is said to be the oldest temple. 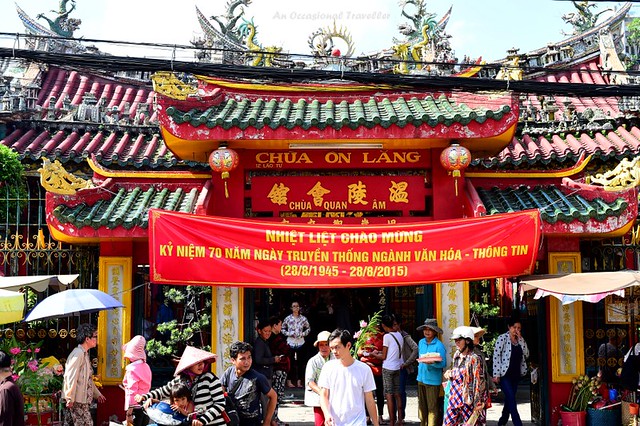 As it was the 15th day of the Chinese lunar calendar when we visited, the temple was crowded with worshippers.  Though the temple was filled with smoke from burning incense and joss sticks but this did not deter worshippers paying their homage to the Goddess of Mercy. 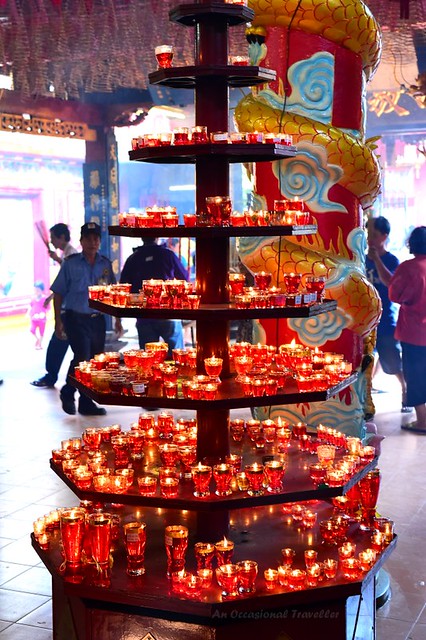 Apart from Goddess of Mercy which is housed in a large rear courtyard of the temple, the temple also have altars for the Jade Emperor (玉皇大帝) and Lady Thien Hou as well. 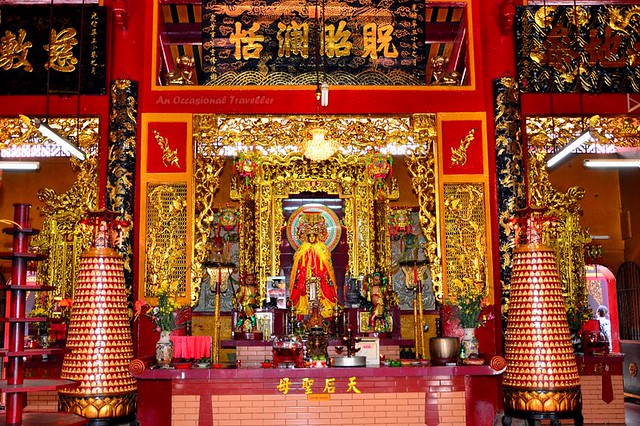 A short walk from Chua Quan Am is Thien Hau Temple or Chua Ba Thien Hau (天后庙).  Built around 1760, the temple is dedicated to the Lady Thien Hou, the patron goddess of seafarers.  Smoke from joss sticks and incense filled the air as one enters the main worship area where the altar of Lady Thien Hou is housed. 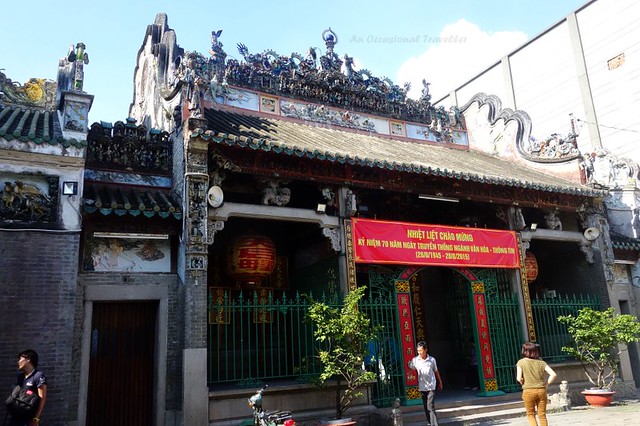 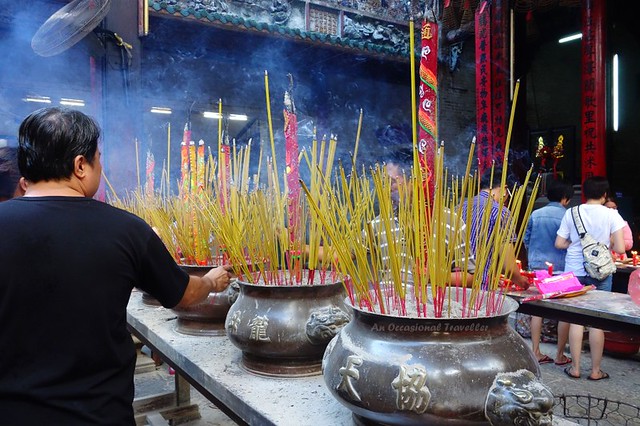 Urns for joss sticks at the main altar

I was particularly impressed with the dioramas made from porcelain on the roof of the temple.  The colourful figurines were sculpted with very intricate details in their clothing, ornaments, gestures and facial expressions! 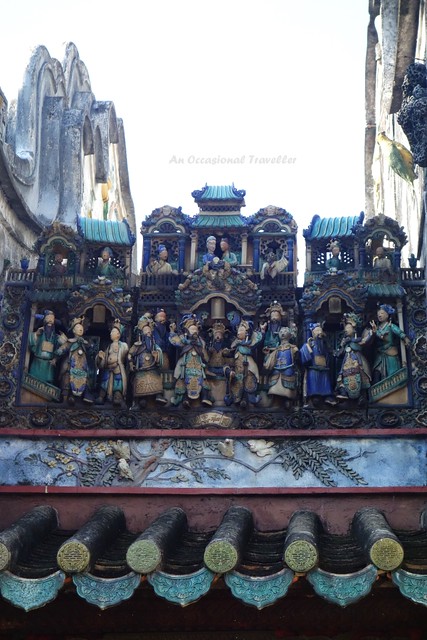 As we were leaving Chua Ba Thien Hau, another temple attracted my attention with its colourful ceramic sculptures on its roof and the intricate carvings on its walls.  The temple, Nghia An Hoi Quan Pagoda or Hoi Quan Nghia An (潮州义安会馆关帝庙) was built by the Teochew Chinese (潮州) community from Yian, Guangdong province. 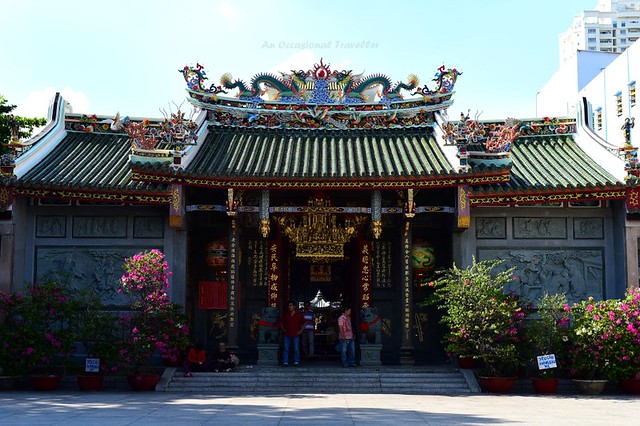 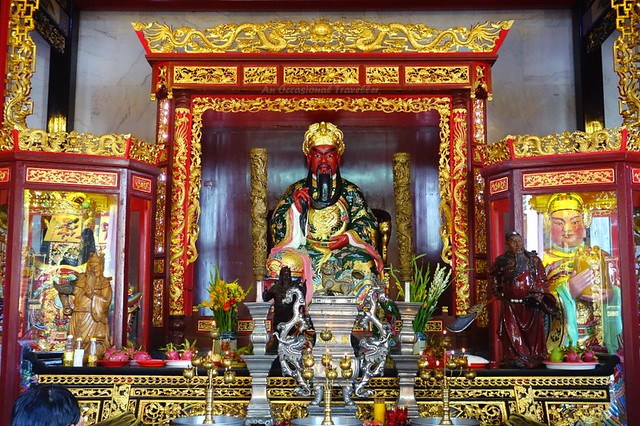 The temple is noteworthy for its architecture and gilded woodwork.  A large carved wooden boat hangs at the entrance to the temple while the front doors are painted with door gods. 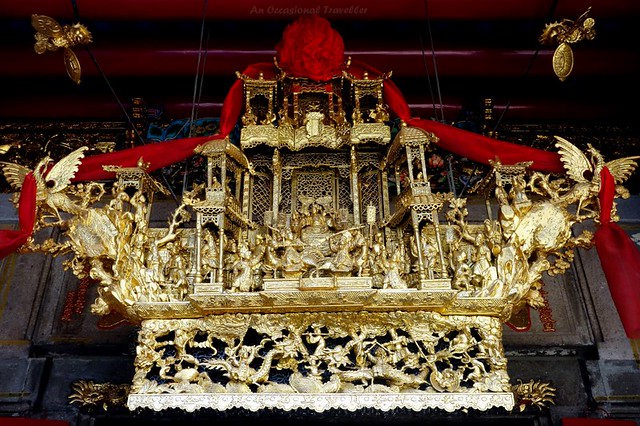 Carved wooden boat at the entrance of the temple 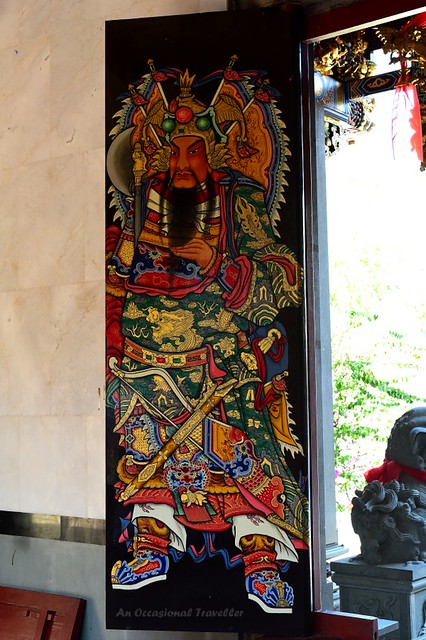 Aside from all the Chinese temples, Cholon is also home to a famous church, The Saint-Francis Church.  The white and yellow church is well known as the place where President Ngo Dinh Diem and his brother Ngo Dinh Nhu were captured while fleeing a military coup on 2nd November 1963. 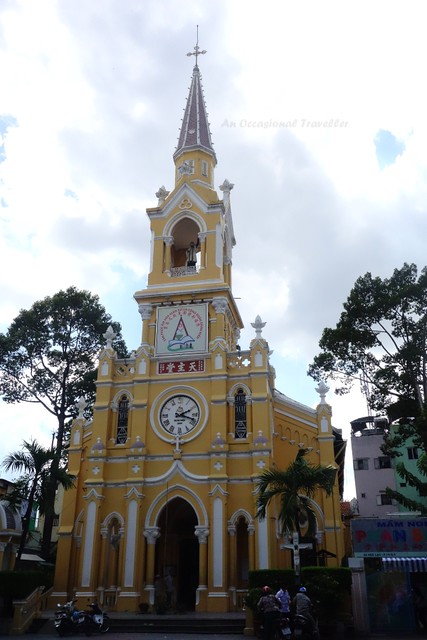 It is often called Cha Tam Church after Father Francis-Xavier Tam Assou, a vicar of Chinese origin.   Father Francis built the church for the Chinese Christians living in the area.  He is buried at the entrance of the church when he died in 1934. 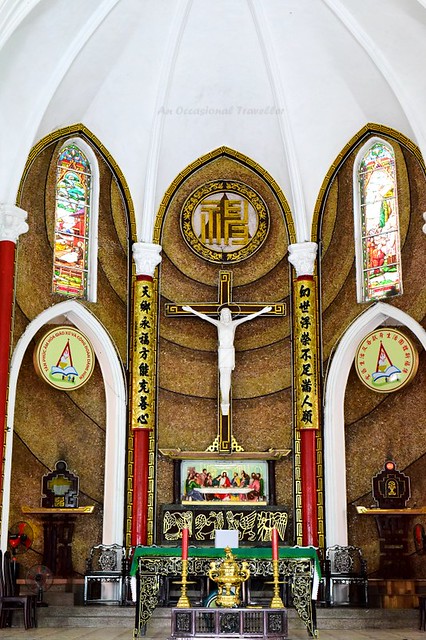 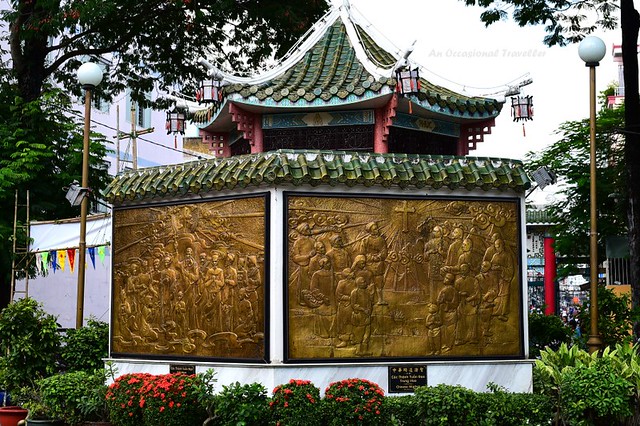 Today masses are held daily at the church for its Vietnamese and Chinese parishioners.