Kluang (居銮) is a town located in the southern state of Johor.  It’s about 110km or an hour ‘s drive from the state capital of Johor Bahru.  It’s the agriculture hub of Johor and the main producer of ceramic pottery and tiles.

I made a brief stop to Kluang during the Merdeka weekend as I wanted to patronise the famed Kluang Rail Coffee which is the related to the Kluang Station cafes that we have in the Klang Valley.

We set off early from Petaling Jaya as we intend to have breakfast at Kluang Rail Coffee.  After driving for 3 hours on the North South Highway, we arrived at Kluang town centre. 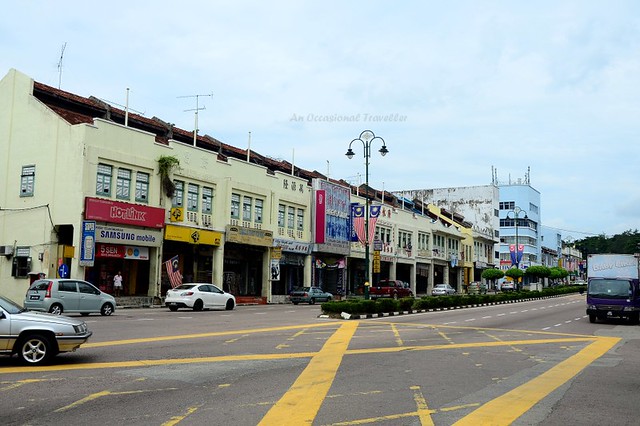 Our first stop was Kluang Railway Station.  The railway station was built in 1915 when the town was established and played an important role in spurring the growth of Kluang.  As we arrived at railway station, two trains pulled into the stations one after the other. 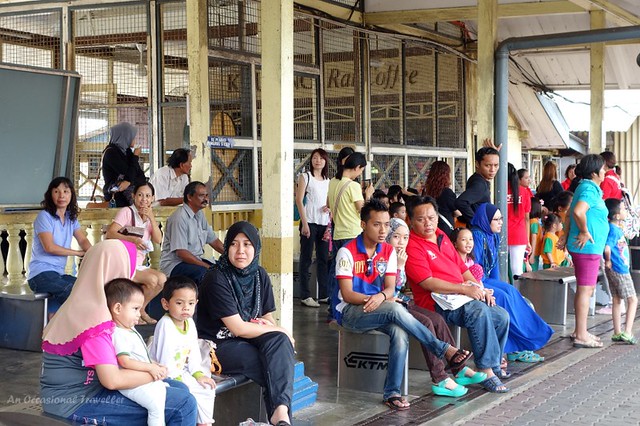 Passengers and their relatives waiting for train to arrive 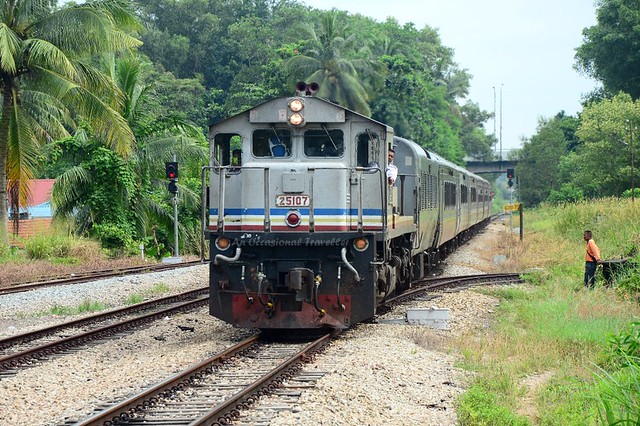 A train pulling into the station

When the trains left and the crowd thinned, we made our way to Kluang Rail Coffee for our well deserved breakfast.  I will have a more detailed post on it later :). 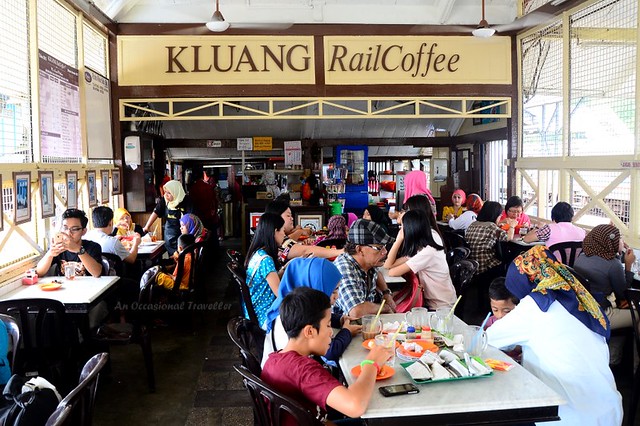 After filling our tummies, it was time to start exploring Kluang.  A stone’s throw from the railway station is Kluang’s Little India.  Shops on both sides of Jalan Stesen sell a wide variety of merchandise for the Indian communities such as sarees, herbs and flower garlands.  One can also find various Indian restaurants along this road. 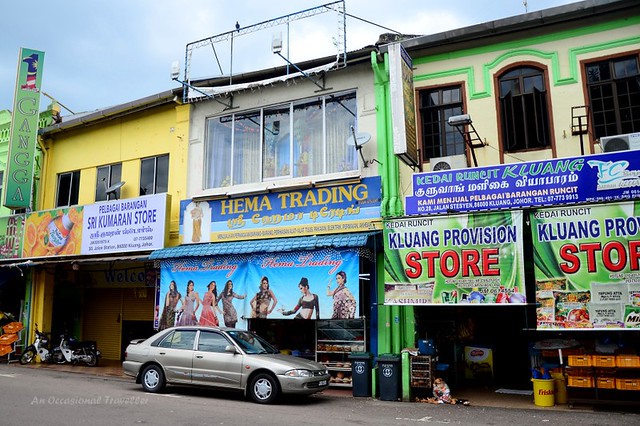 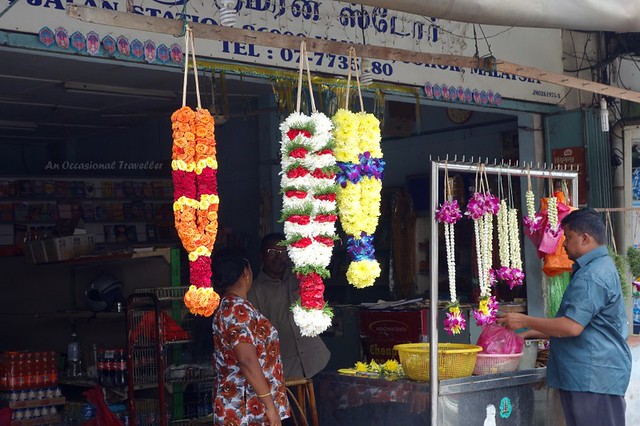 From Little India, we made our way to Jalan Dato’ Teoh Siew Khor, which used to be the town centre.  Along the way, we passed by a park with a small playground and walking path. 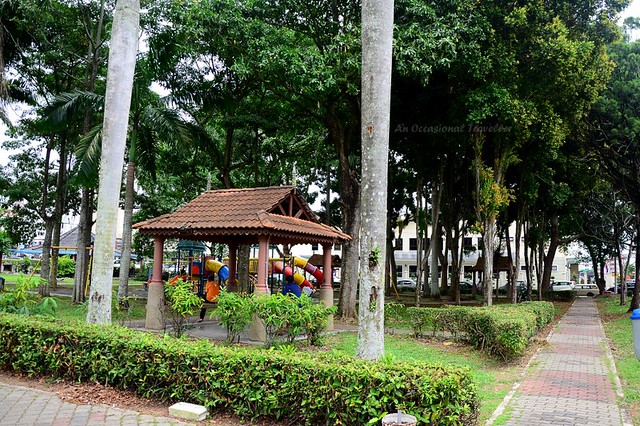 Another prominent business located on this road is Nan Yuan Store Sdn. Bhd.  This shop, established more than 70 years ago is well-known to locals for its textile and clothing. 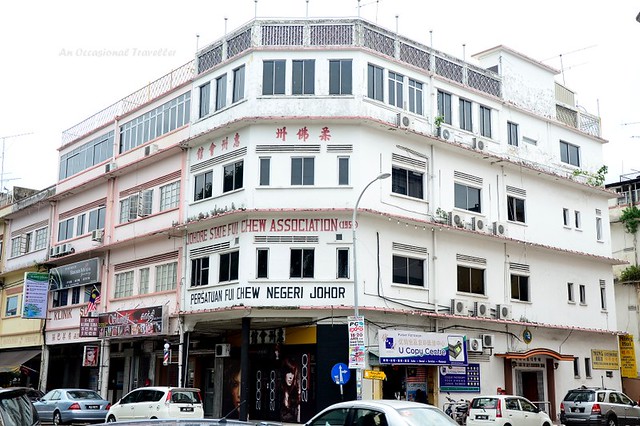 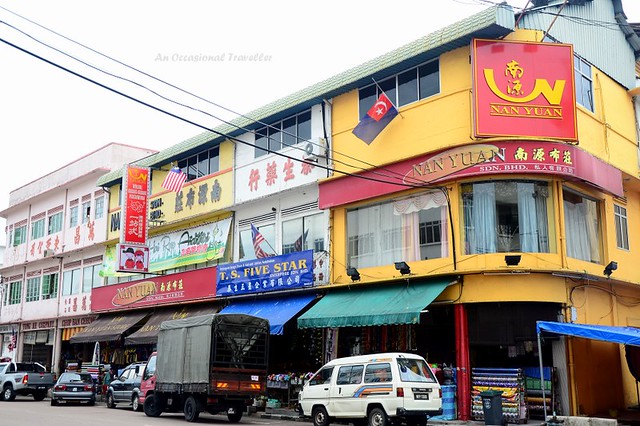 One can still see businesses where the shop interiors remain unchanged since the early days. 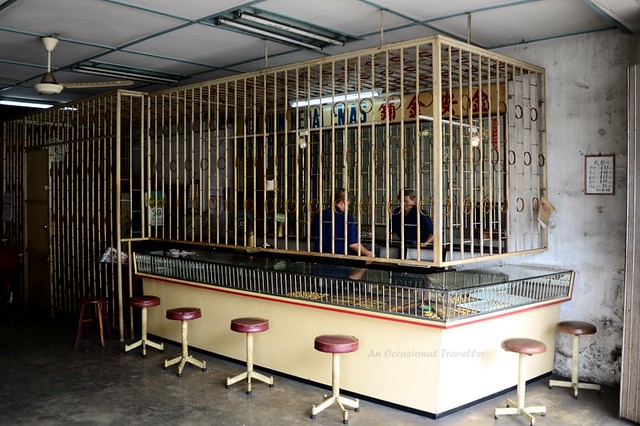 A traditional goldsmith with security grille still in place 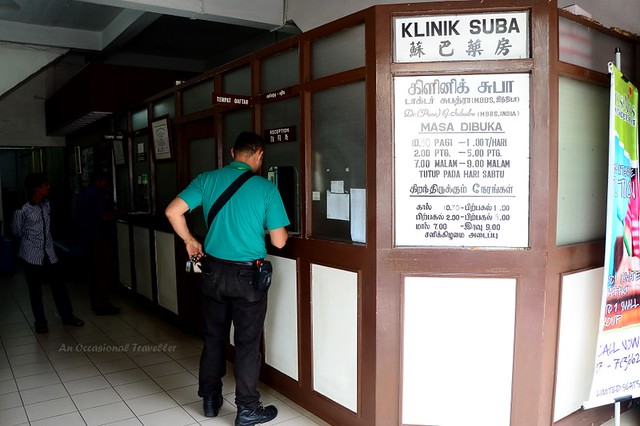 Our next destination was Jalan Lambak for lunch.  As we made our way towards Jalan Lambak, we saw that the town and its residents were preparing to celebrate Malaysia’s 57th Independence Day. 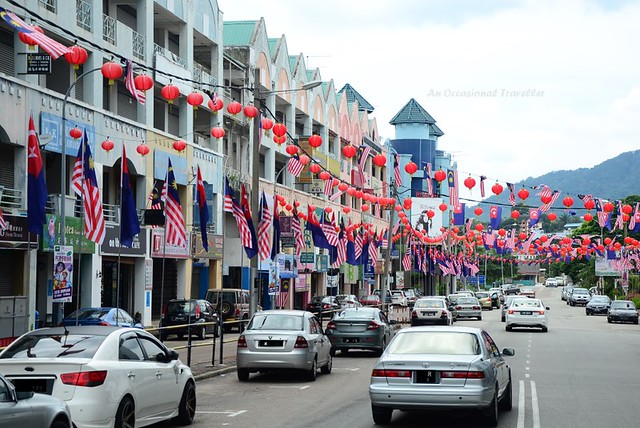 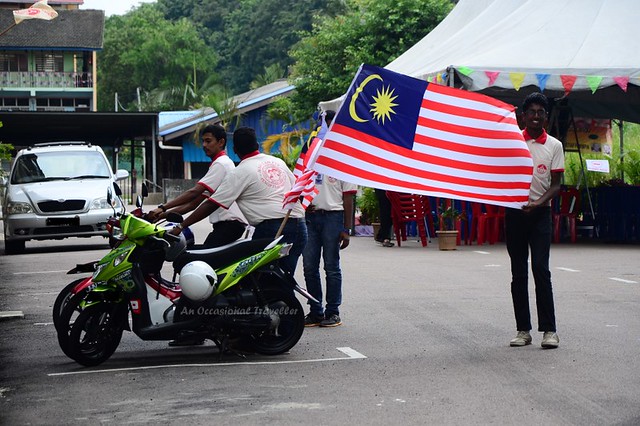