Cholon or better known as Saigon’s Chinatown is spread across a huge area over Ho Chi Minh City’s District 5 and 6.  It’s home to a large population of ethnic Chinese that have settled here since 1778.  The best way to explore Cholon’s is by foot.

As we stayed in District 1, we took bus #1 from Saigon Central Bus Station (near Ben Thanh Market) to Cholon Bus Station.  Fare was only VND5,000 per person and we enjoyed a comfortable 30 minute ride in an air-conditioned bus.  This compared to the VND290,000 taxi fare we paid on our previous trip on a Mai Linh taxi! 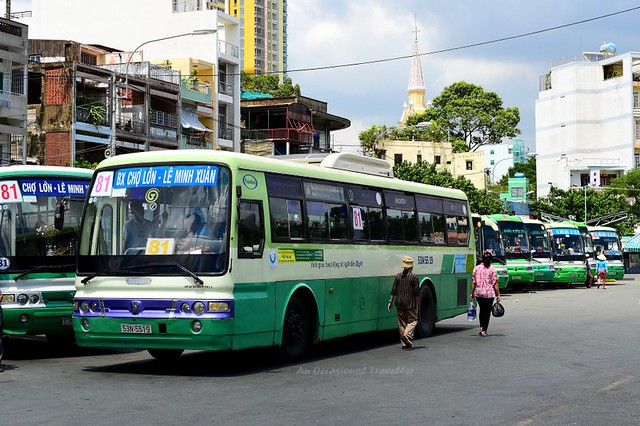 The name, Cholon or ‘big market’ probably refers to Cho Binh Tay.  This central market of Cholon is built by a Chinese businessman in a blend of French and Chinese architecture. 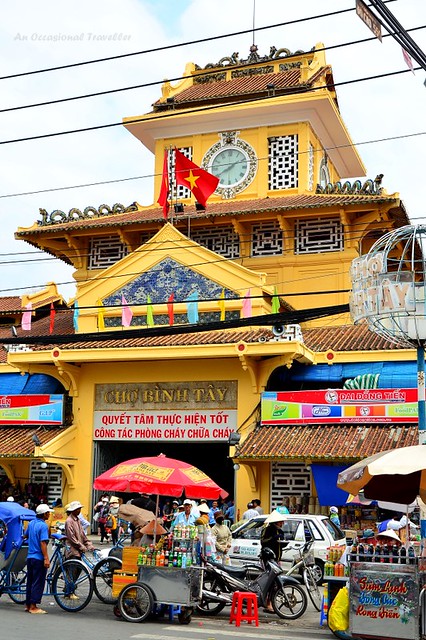 Cho Binh Tay, said to be the largest wholesale market in Vietnam

This wholesale market houses a thousand stalls selling every kind of food, household items, clothing, toys and many more.  This often crowded and messy market with goods piled up along narrow walkway attracts mainly locals shopping for daily essentials. 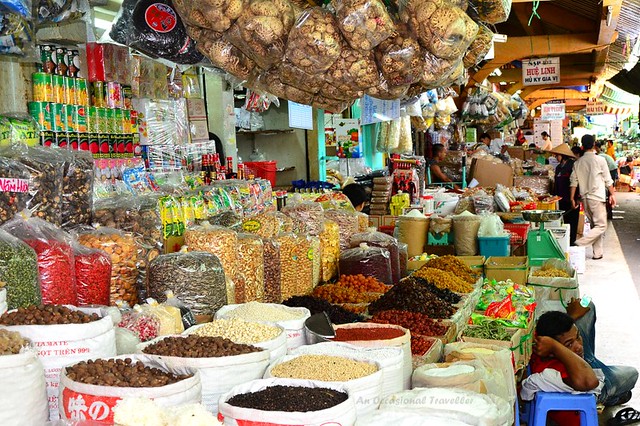 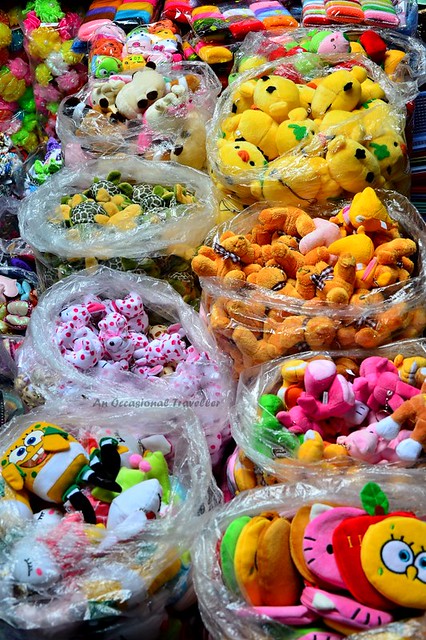 There is a food court on the ground floor of the market where shoppers can choose from a variety of rice, noodles, pho and sandwich stalls. 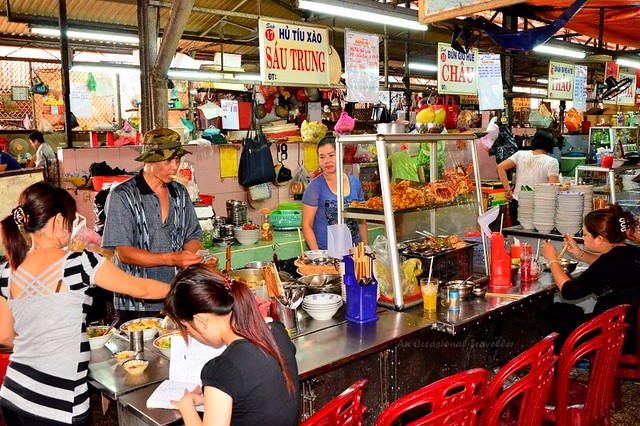 A variety of food stalls for shoppers to the market

From Cho Binh Tay, we continued on foot towards Nguyen Trai Street to uncover Cholon’s distinct Chinese identity and characteristic.  The area near the market was bustling with locals going about their daily life and shops trying to attract shoppers. 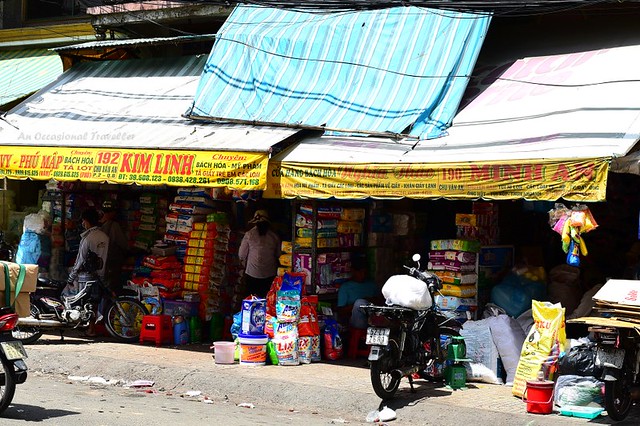 A line of grocery shops near Binh Tay Market 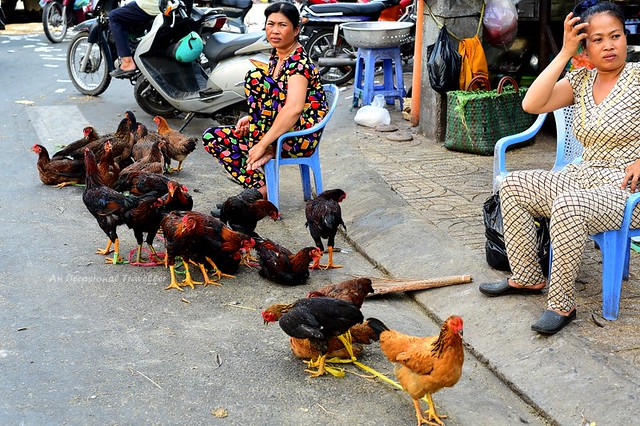 As we move away from the market, we walked into ‘Garment District’.  The short stretch of road on Tran Hung Dao is lined with shops displaying rolls of colourful and embroidered fabric. 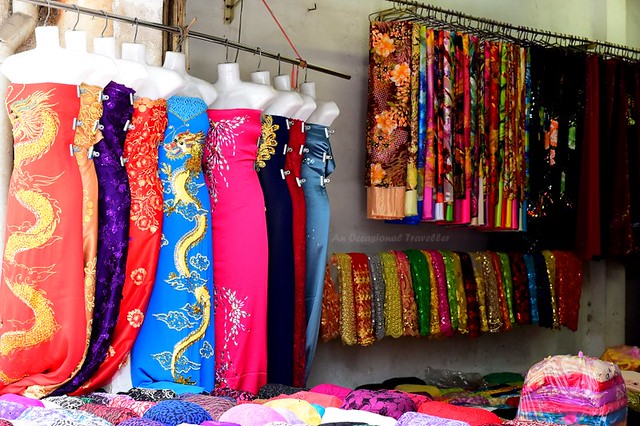 A rainbow of colours attracting shoppers to Garment District 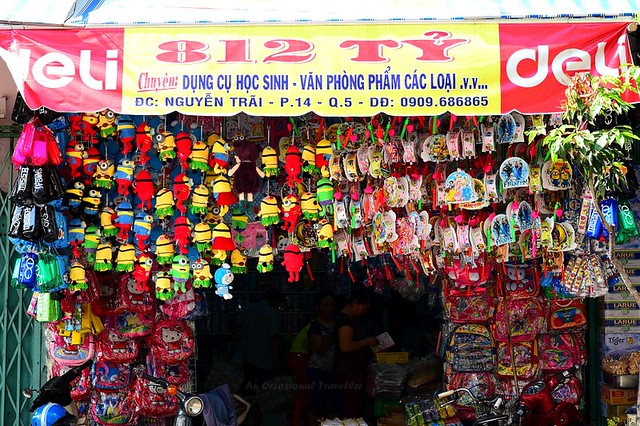 Apart from Garment District, there are street with high concentration of shops selling rice, Chinese medicines, costumes for lion dance and Chinese opera and Chinese sausages. 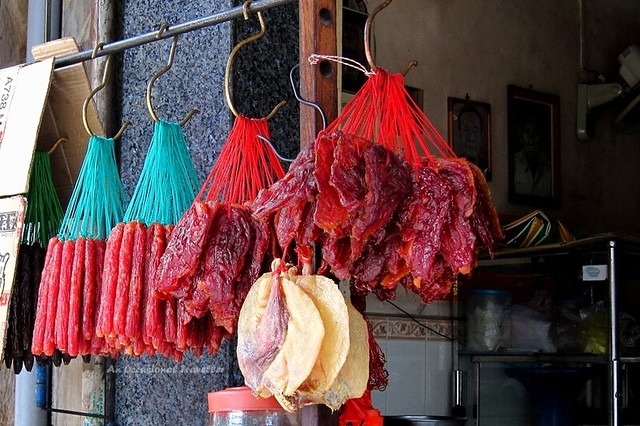 While in Cholon, one of the eateries that one should try is Com Ca Dong Nguyen (东源鸡饭).  This family owned restaurant has been serving the classic Hainanese chicken rice since 1946. 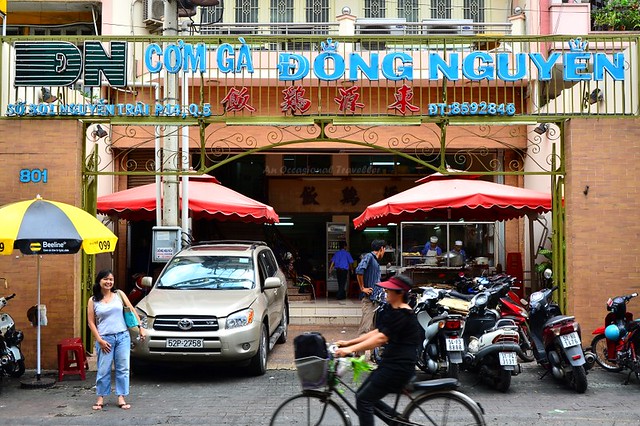 This family owned restaurant is popular with locals and tourists 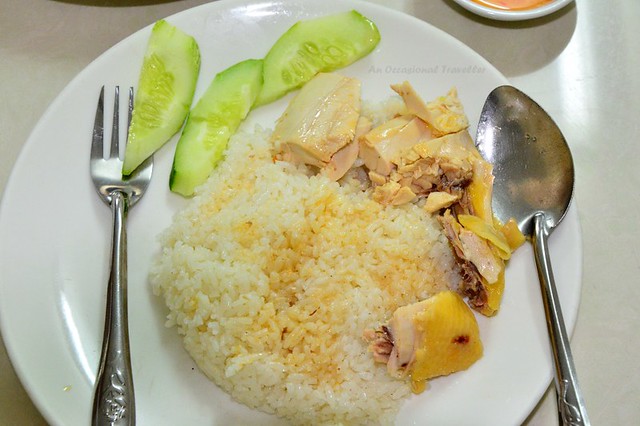 We also stumbled upon a funeral procession on our way to visit the many Chinese temples in the area. 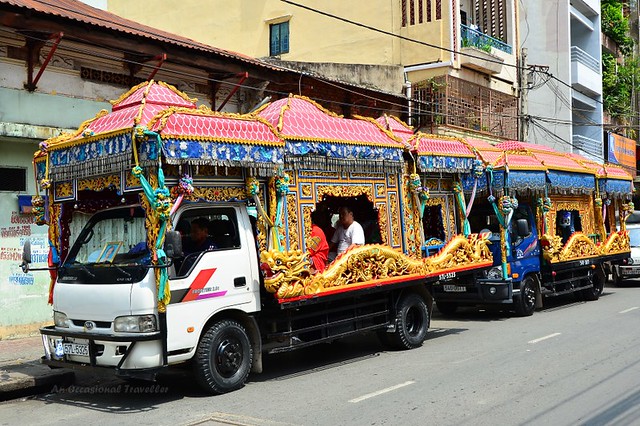 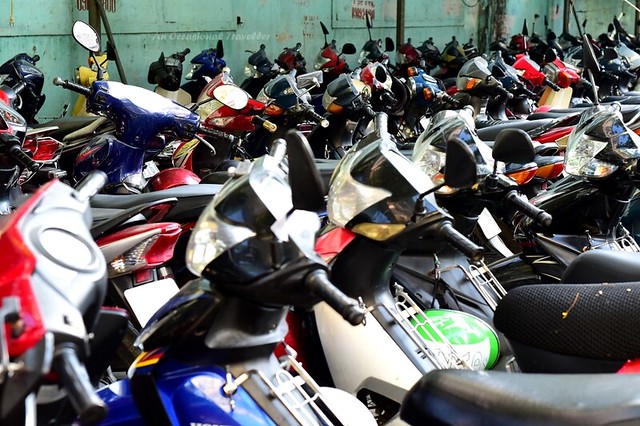 Rows of motorcycles neatly parked. Wonder how do the owner maneuver their bike out?

Next, visiting the many places of worship all over Cholon.