After much research, I booked Jade Garden Hotel, Beijing (翠明庄宾馆)  for my recent trip to Beijing as Wangfujing Street, Forbidden City and Tiananmen Square were nearby.  Booked two Superior Standard rooms from Agoda.

The hotel is located on Nanheyan Road at the intersection with Dong’ anmen Road.  The hotel was designated a historical landmark in 1995.  It was chosen as the headquarters by the Communist Party Cease-Fire Delegation for the signing of the Cease-Fire Agreement with the Kuomingtang in 1946. 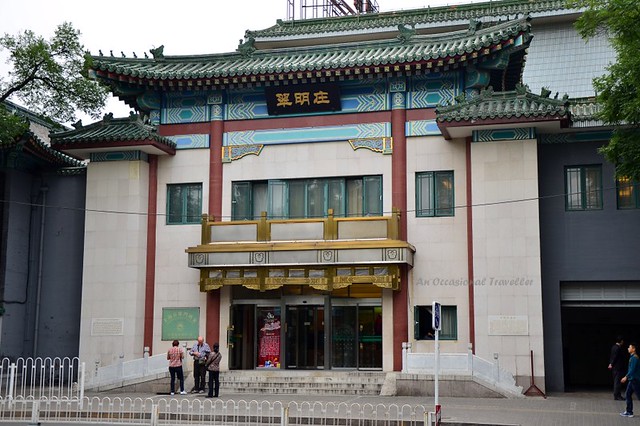 Main entrance of the historical hotel

Opposite the hotel, on Dong’ anmen Road, there are a few eateries and restaurants.  The hotel is within walking distance to Wangfuijing Pedestrian Street (less than 10 minutes), Forbidden City and Tiananmen Square (15 – 20 minutes).  2 subway stations, Wangfujing (Line 1) & Dengshikou (Line 5) are also within 15 – 20 minute walk from the hotel. 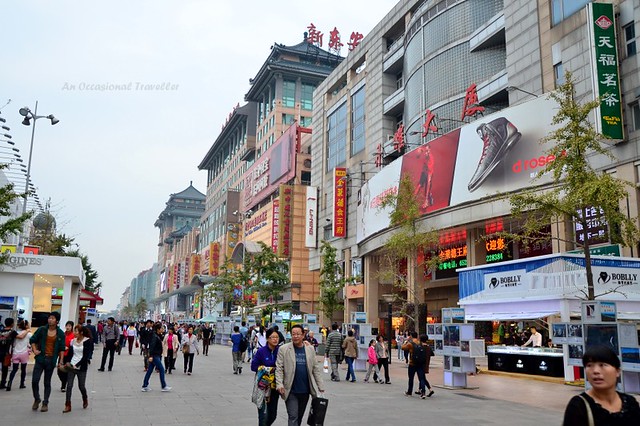 We had non-smoking rooms on level 4 which we requested during booking.  There was not a trace of smoke in  the rooms but smoking is allowed in the restaurants.  The room is spacious but the furnishing is a little bare and old fashioned.  There is a wardrobe with mini safe, a writing table, a fridge, a coffee table and 2 chairs.  The bed was comfortable and we had good night’s sleep. 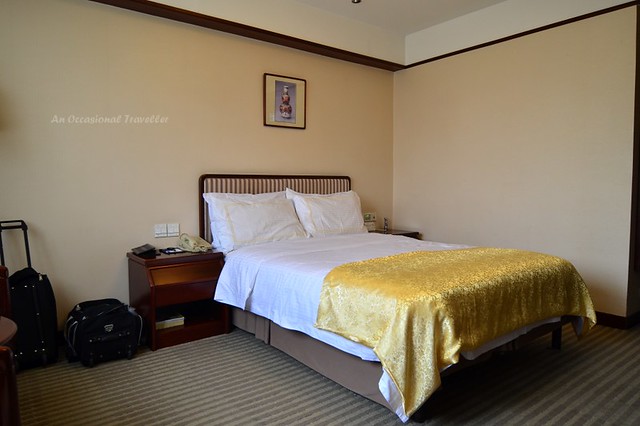 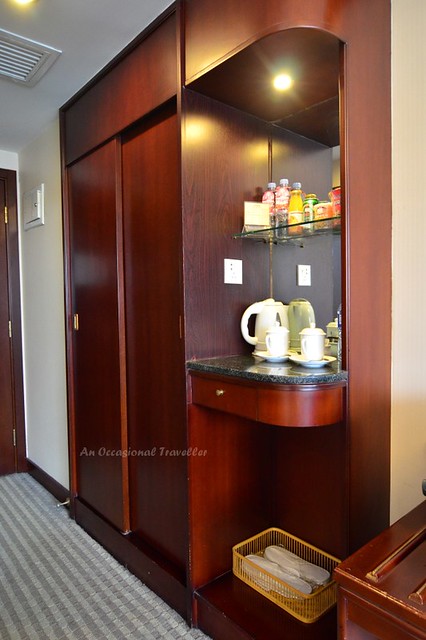 There is no WiFi throughout the hotel, not even in the hotel lobby.  However the hotel provided a personal computer and the TV doubles as the monitor in the room.  Internet connection speed was decent but the internet service was flaky as censorship in China is rampant.  The hotel provides a LAN cable for those who have their own laptops. 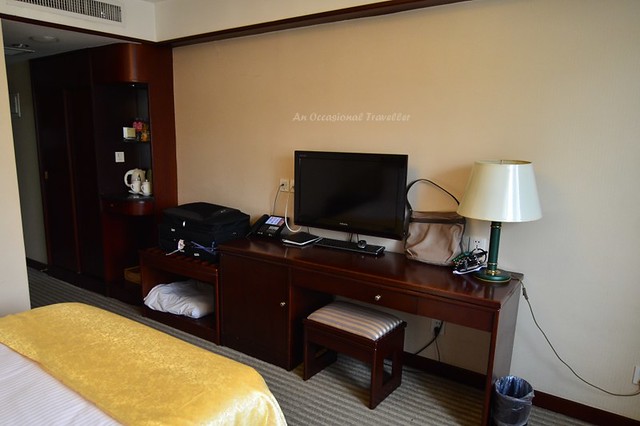 The room and bathroom were clean and we had good housekeeping throughout our stay.  6 bottles of mineral water and Chinese tea bags were provided daily.  However during our stay, on certain days only 2 bottles were replenished. 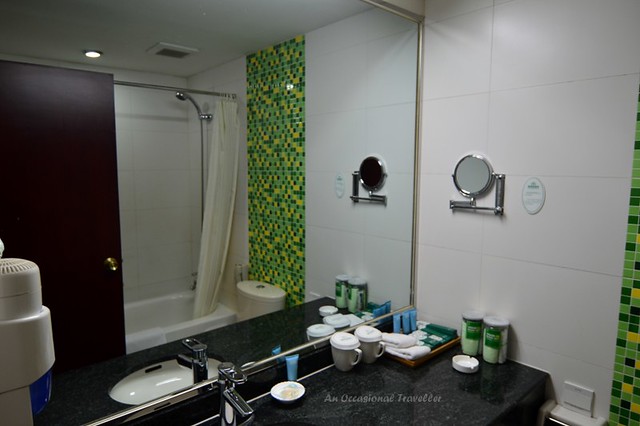 When I checked-in, there was a staff who spoke English.  On other occasions, I conversed with the front office staff in Chinese, so am not sure if they are able to speak English.