I first learnt about Monaco when I read a story on Grace Kelly, an American actress who married Prince Rainier III and became Princess Consort of Monaco.  My interest grew when I started to follow the Formula 1 races as Monaco Grand Prix is one of the races in the series.  So I was elated that during my trip to Europe in 2011, I got to visit this tiny principality located on the French Riviera.

Monaco is the second smallest independent state after the Vatican.  It is well known as the land of the rich and famous with many of them calling Monaco home as there is no income tax.

We travelled to Monaco by train from Nice to Monaco-Monte Carlo station.  The fare was €3.60 one way. 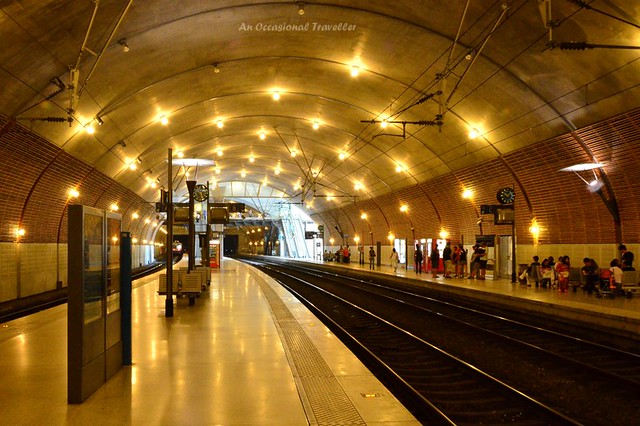 Other modes of transport to Monaco are car, bus, boat or if one can afford it, fly in by helicopter. 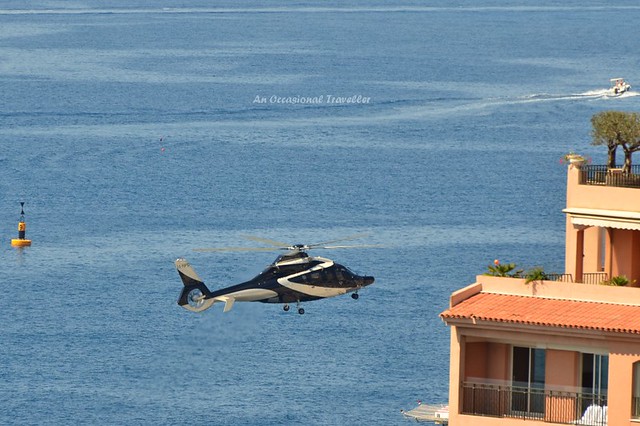 We exited the train station near Chapelle Sainte Dévote (Sainte-Dévote Chapel).  This church is dedicated to Saint Devota, the patron saint of Monaco. 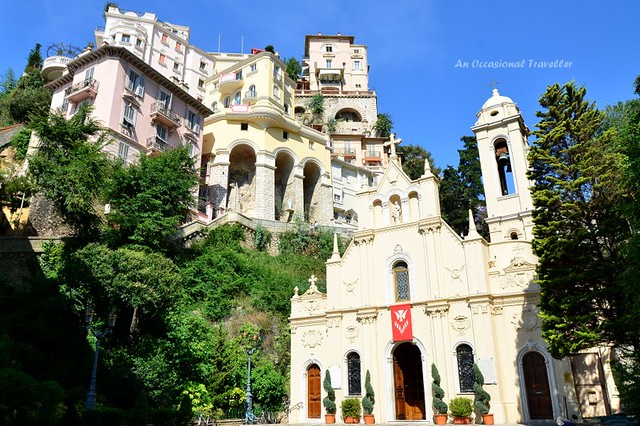 We took a bus to Monaco Ville.  Our first stop was Jardin St. Martin (St. Martin’s Garden) where the flora was in full bloom.  A statue of Prince Albert I is erected here overlooking Monaco Bay. 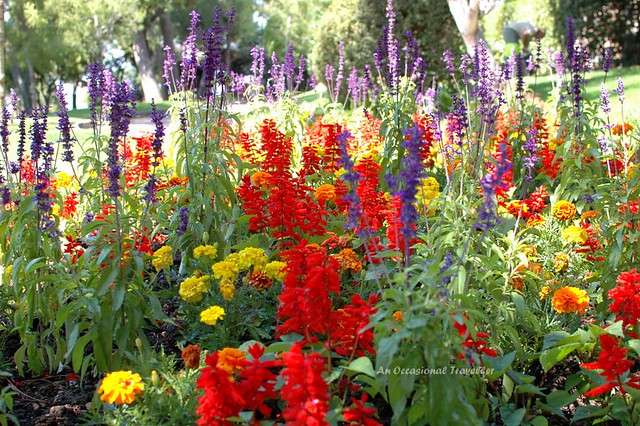 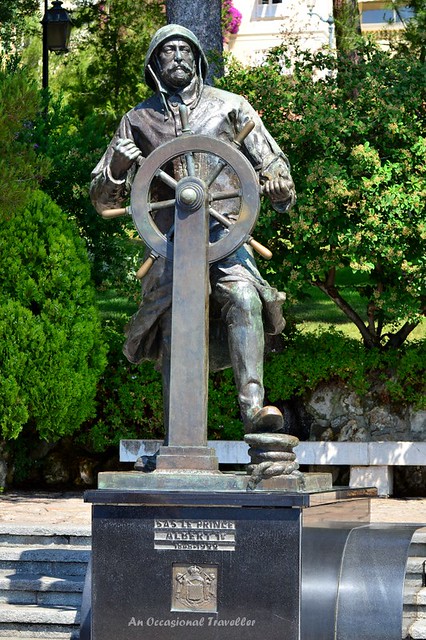 Statue of Prince Albert I

Next stop was Palais du Prince (Prince’s Palace of Monaco).  We arrived in time to see the changing of the guard that take place at 11.55am every day.  Palais du Prince is the residence of the Grimaldi family, the ruler of Monaco since 1297.  We took a tour of the palace but no photos are allowed during the tour.  The tour costs €8 and you are given a personal audio guide with information of the royal family, each of the stateroom, historical and beautiful art pieces, furnitures and objects. 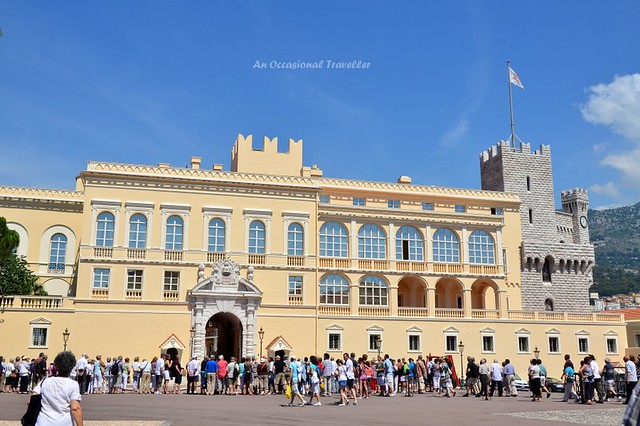 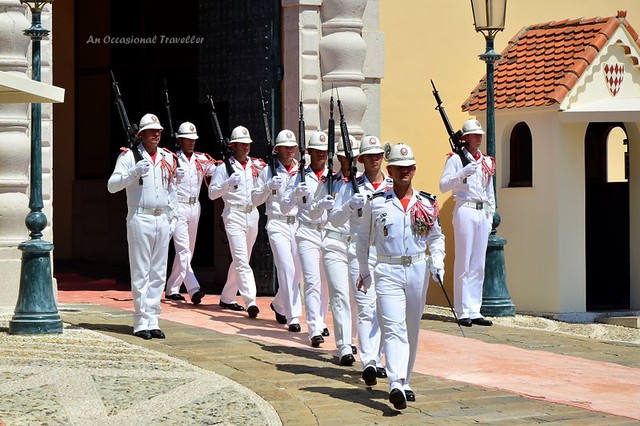 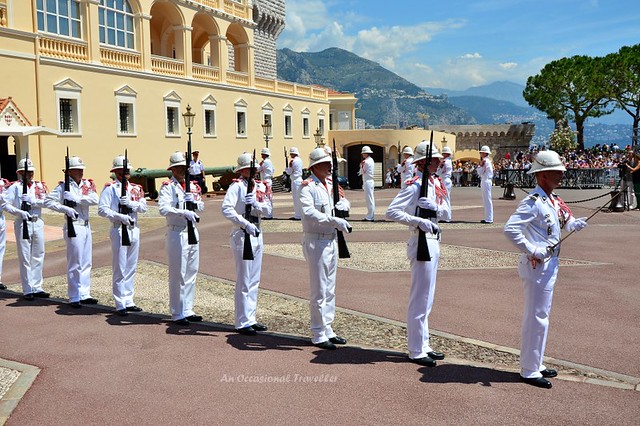 Changing of the guard at Palais du Prince

After touring the palace, we explored the many small alleyways near the palace.  There are many eateries and shops selling various merchandise, including Formula 1 related items. 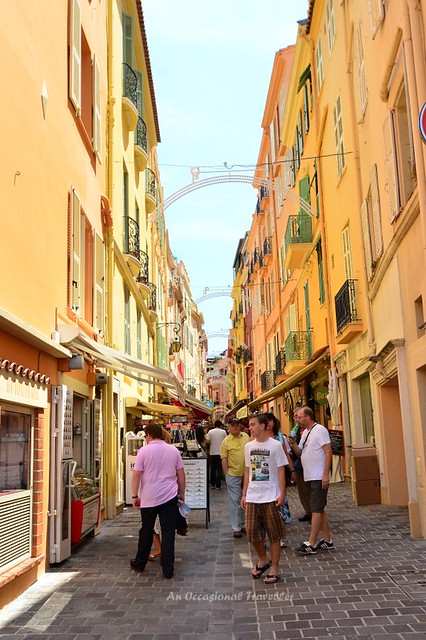 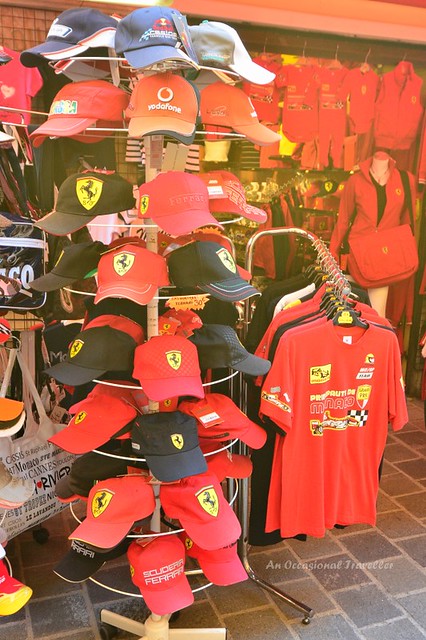 As the palace is located on The Rock of Monaco, it provides an excellent view of Monaco and its harbour. 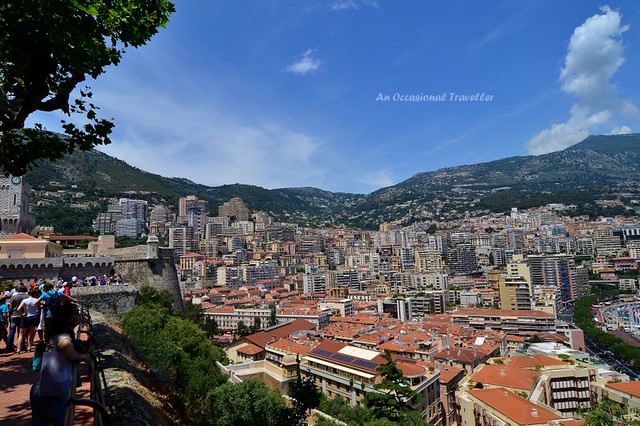 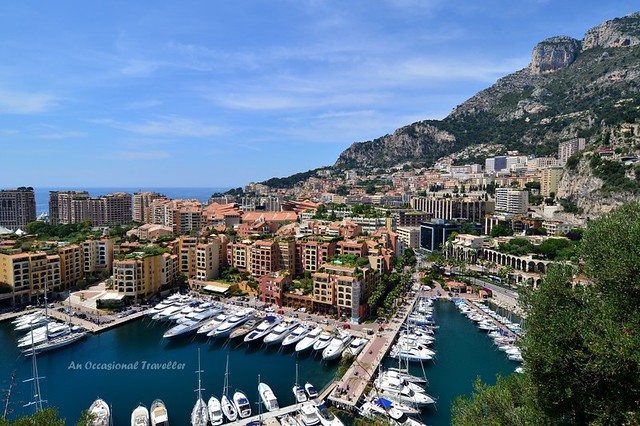 View of the harbour

From the palace, we continued our tour of Monaco by walking back towards Cathédrale Notre-Dame-Immaculée  (Cathedral of Our Lady of the Immaculate Conception). 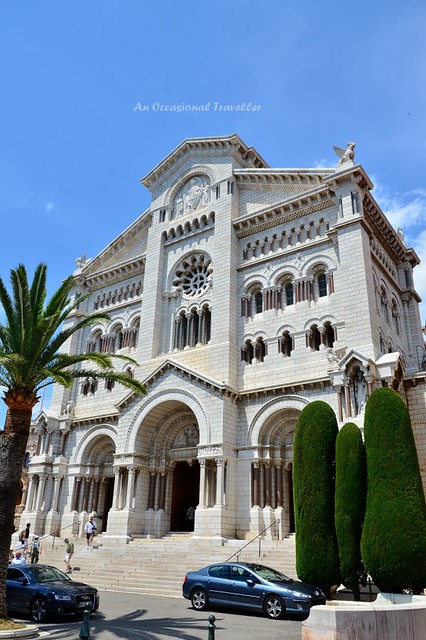 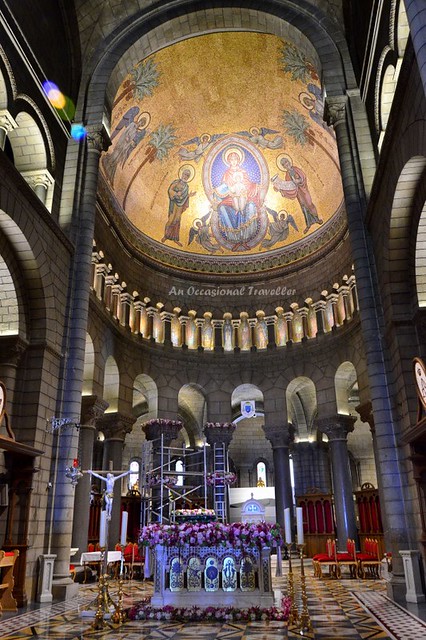 Main altar of the cathedral

Built in 1875 from white stone, this cathedral is the burial place of the Grimaldis including Princess Grace and Prince Rainier III.  This is also the cathedral where they got married in 1956. 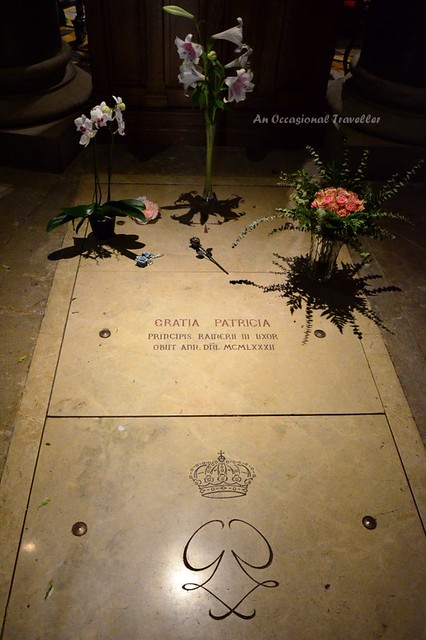 The tomb of Princess Grace a.k.a. Grace Kelly 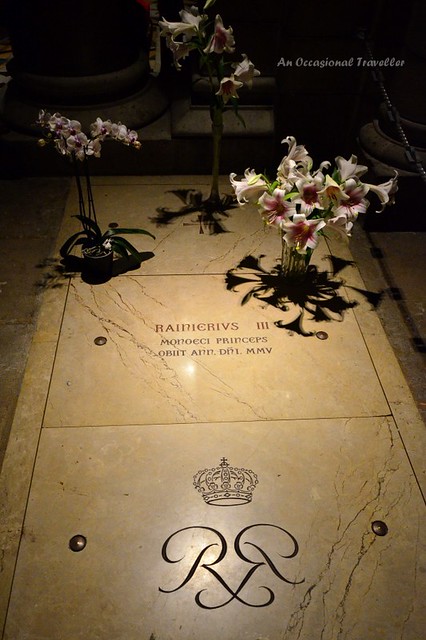 The tomb of Prince Rainier III

Next item on the agenda is to walk on the famous Monaco GP track.  From the cathedral we walked down towards the harbour passing the Musée Océanographique (Oceanographic Museum).  The museum is founded by Prince Albert I is dedicated to Arts and Science. 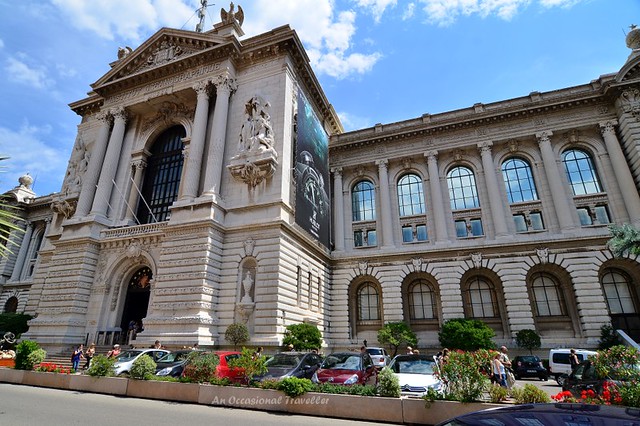 A lot of yachts and pleasure craft, big and small were moored at the marina. 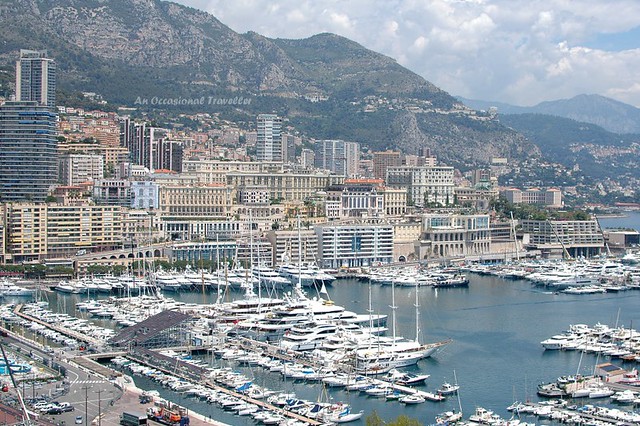 Finally I was walking on the Monaco GP track :).  I could still see the road markings as the Monaco Grand Prix was held just a week earlier.  We walked towards Tunnel Larvotto, the tunnel in which drivers like Juan Pablo Montoya crashed. 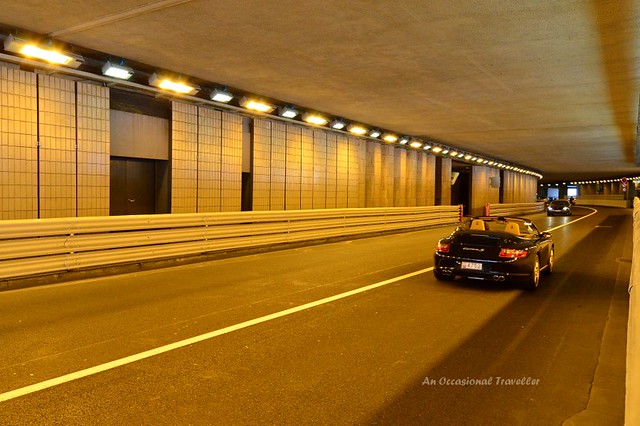 From the tunnel, we took the lift up to another landmark of Monaco, Monte Carlo Casino.  The casino is built in 1893 to generate income for the royal family and Monaco economy.  This is definitely the playground of the rich and famous but they have to be non citizens of Monaco to gain entry.   Foreigners can enter the casino by paying an entrance fee of €10. 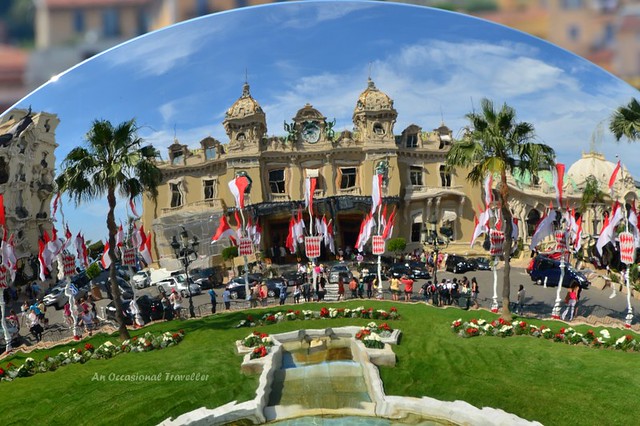 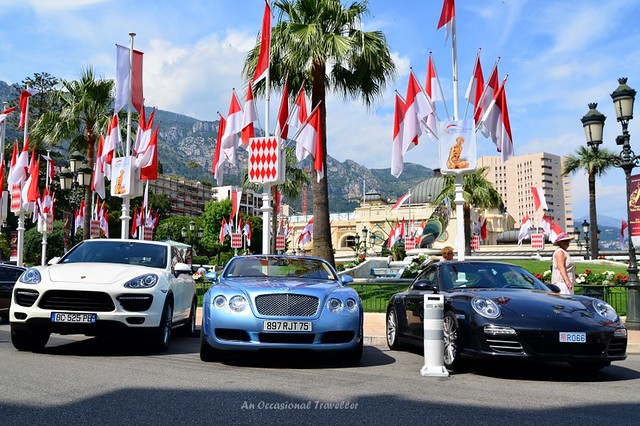 Playthings of the rich & famous parked outside the casino

2 responses to “Monaco, playground for the rich and famous”