Phuket, Thailand’s largest island is a well known beach destination.  Situated in the Andaman Sea, tourists flock to Phuket for its blue sea, sandy beaches and great hospitality.  But there is more to Phuket than the beaches.

On my latest trip to Phuket, I chose to stay in Phuket town to explore another side of Phuket.  I was interested to visit the old quarter of Phuket town.  Most tourists miss this attraction.

Phuket Old Town is a historically rich part of town.  This old quarter, also known as ‘Chinatown’, started to develop in the 18th century during the tin mining boom when Hokkien Chinese migrated to Phuket to work in the tin mines.

The best way to explore the picturesque old quarter is by walking along the Rasada, Krabi, Dibuk, Thalang and Phang Nga Roads.

There are many ornate and beautifully preserved Sino-Portuguese style shophouses with linking archways forming ‘five-footways’ similar to the shophouses  that we find in Penang, Malacca and Ipoh. 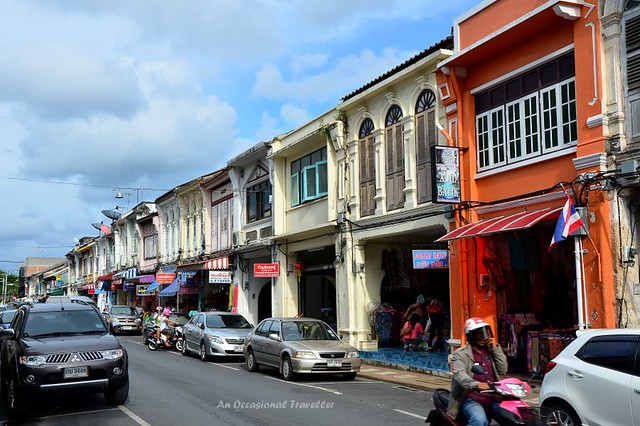 A row of Sino-Portuguese style shophouses

One can also see a strong Baba community’s heritage as shops selling sarongs and kebayas are abundant. 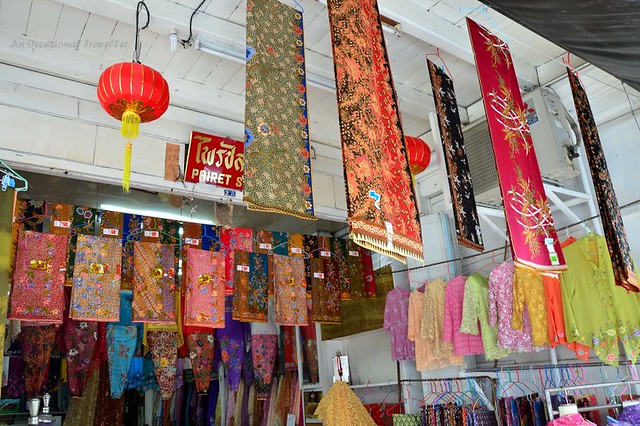 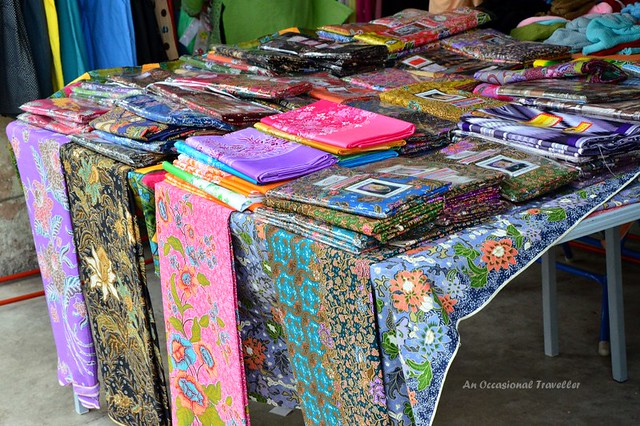 This small road, Soi Romanee with its colourful renovated buildings used to be the red light district for the Chinese tin mining workers.  Now most of the buildings here have been converted into bars, guesthouses and cafés. 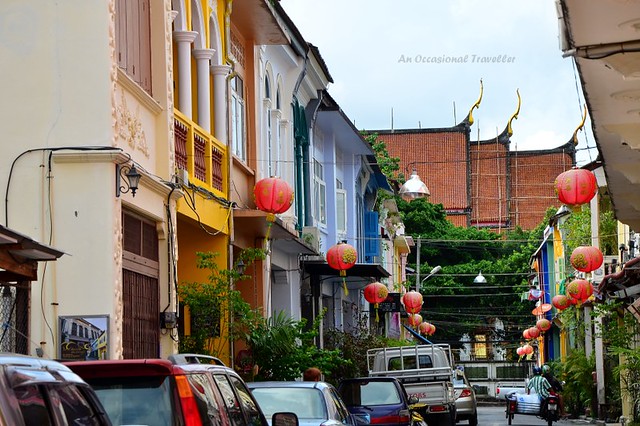 This Chinese owned kopitiam housed in an old Sino Portuguese shophouse is Kopitiam by Wilai.  It is run by the same family who operate the well known Nguan Choon Tong (元春堂) – Phuket’s Oldest Herbs Shop nearby.  This restaurant specialises in Hokkien fried noodles and also serve other Thai dishes such as pad thai and tom yam. 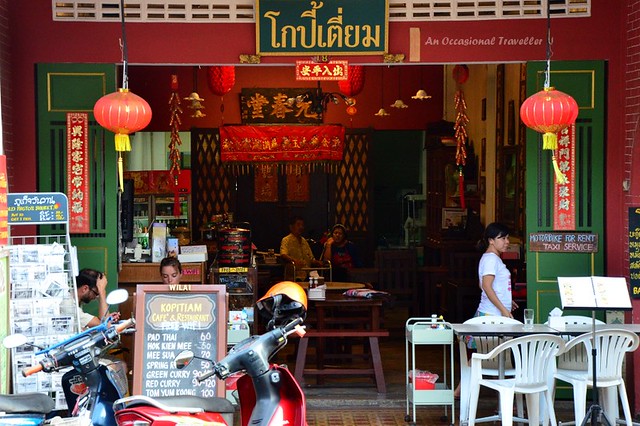 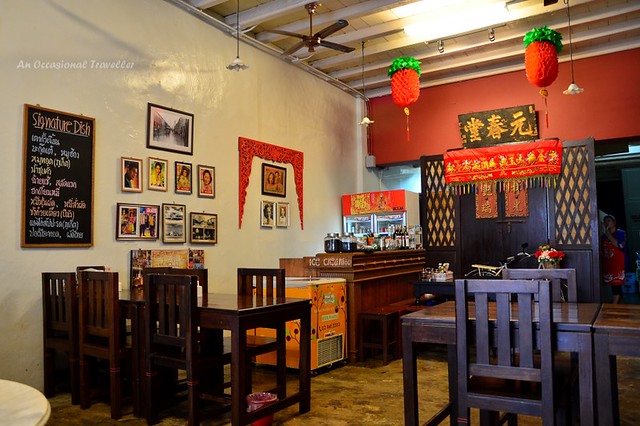 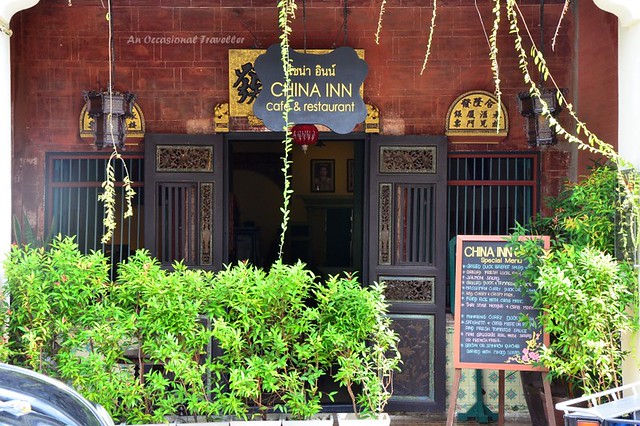 Some of the buildings have also been converted into guest houses for tourists. 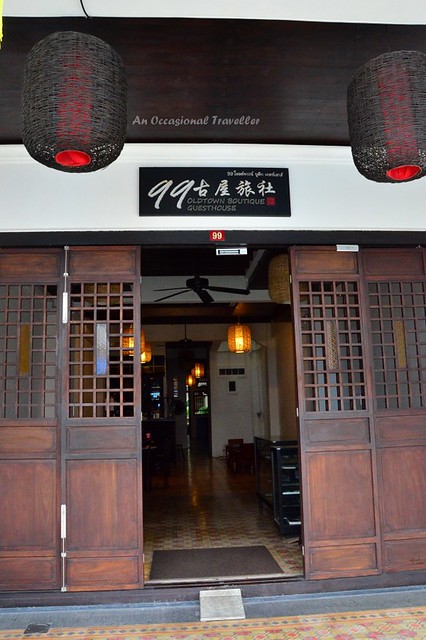 This printing shop on Thalang Road has been operating for many years and still owned by the same family that started the business. 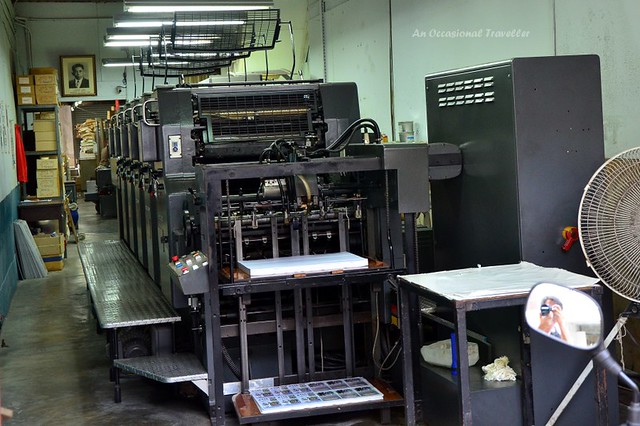 This Sino-Colonial style mansion is amongst the many built by tin mining barons in Phuket Old Town.  This mansion was built in 1903 by a Chinese tin baron, “Tan Ma Sieng” or Phra Phitak Chinpracha (Thai name). Now it houses the famous Blue Elephant Restaurant. 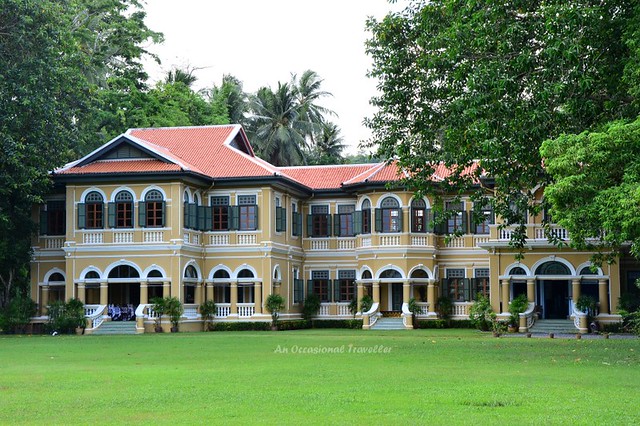 For a history buff like myself, there is the Thai Hua Museum.  This building used to house a Chinese language school.  The museum has many rooms with displays and exhibits about the history of Phuket and the Chinese migrants. 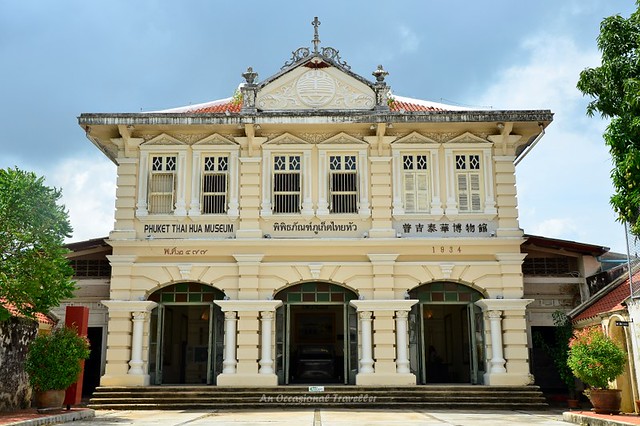 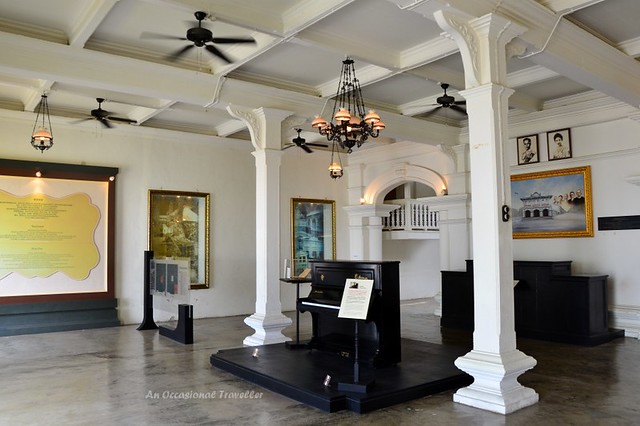 The main hall of the museum 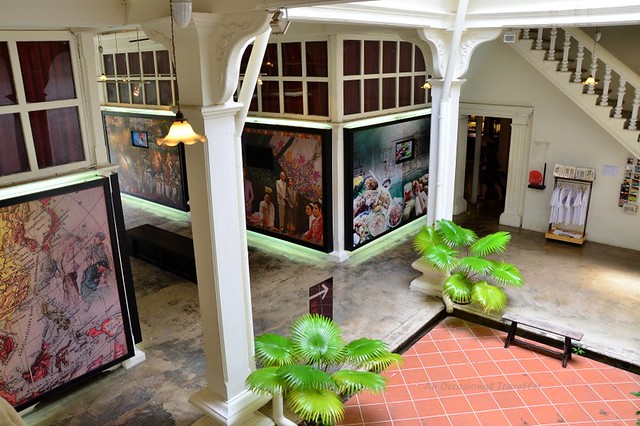 Open inner courtyard of the museum 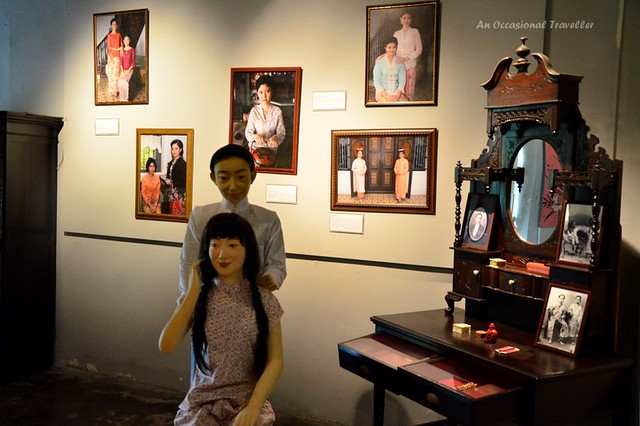 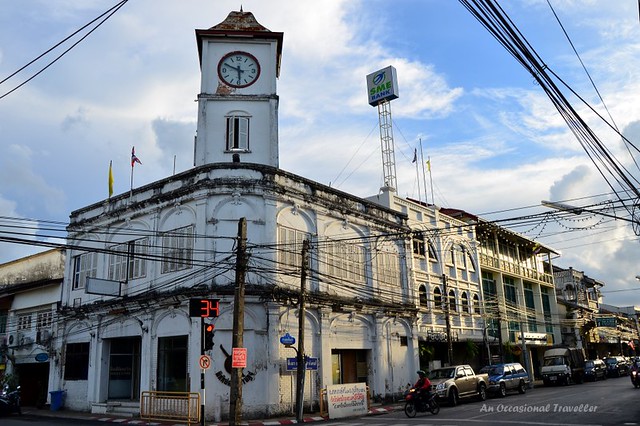 This more modern clock tower featuring a photo and image of the much revered king is located in the newer part of Phuket town. 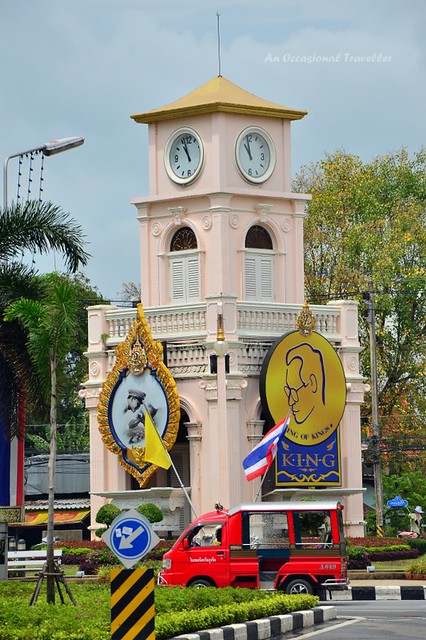 For shoppers, the city centre of Phuket town is the place to go where there is a Robinson Departments Store, Ocean Shopping Mall, fresh food market and rows of shops selling all sorts of merchandise. 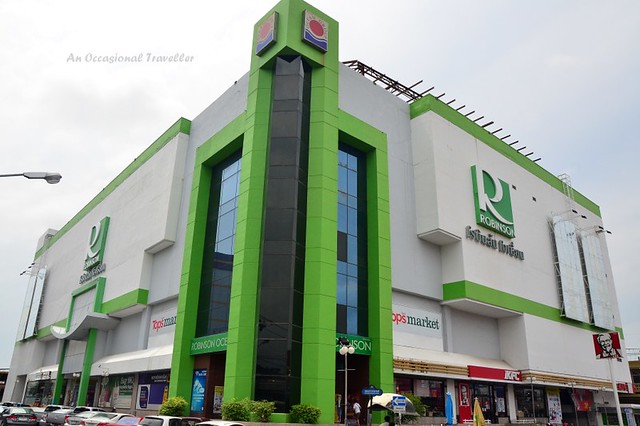 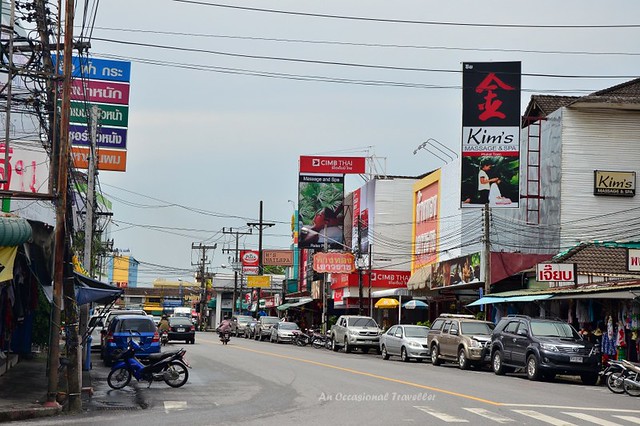 City centre during the day 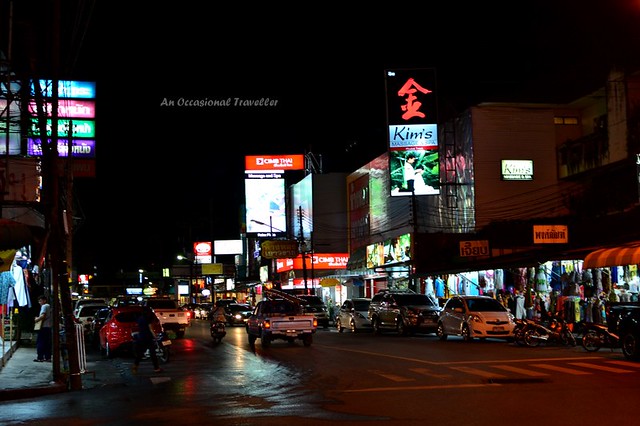 I took the opportunity to visit the Big Buddha on Nakkerd Hills.  We rented a tuk tuk for THB500 on the trip.  The journey up a steep and twisty road took 40 minutes.  The view on the way to the summit was interesting – visitors can hitch elephant rides if they wanted to.  At certain stretches, I felt like riding a roller coaster!! 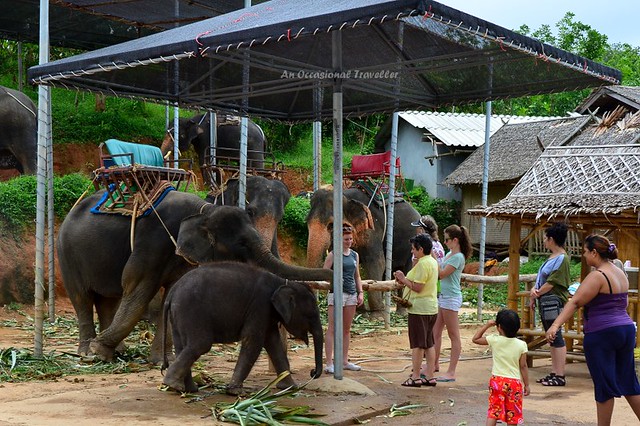 The 45 metre high Buddha is covered in white Burmese marble is dedicated to King Bhumibol Adulyadej.  One also get breathtaking 360-degree views of Phuket island from here. 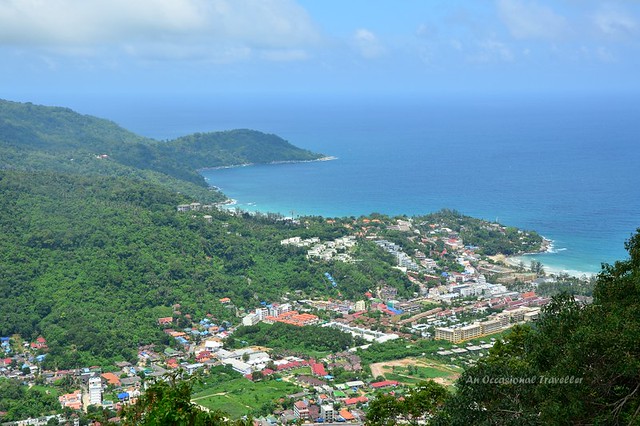 View of Phuket from Nakkerd Hills

Construction is still on going as it is entirely funded from public donations.  Scaffolding around the statue is a common sight. 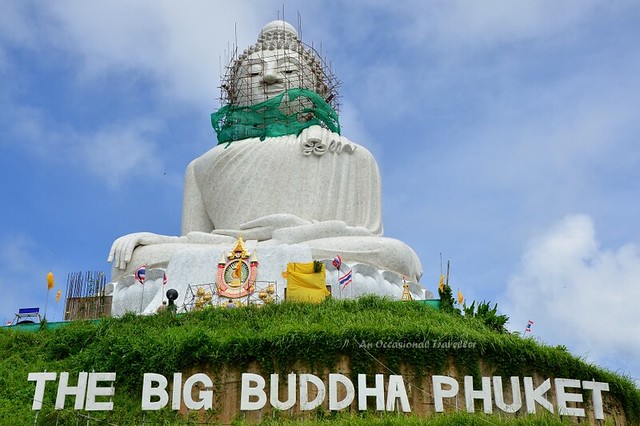 The Big Buddha was still under construction 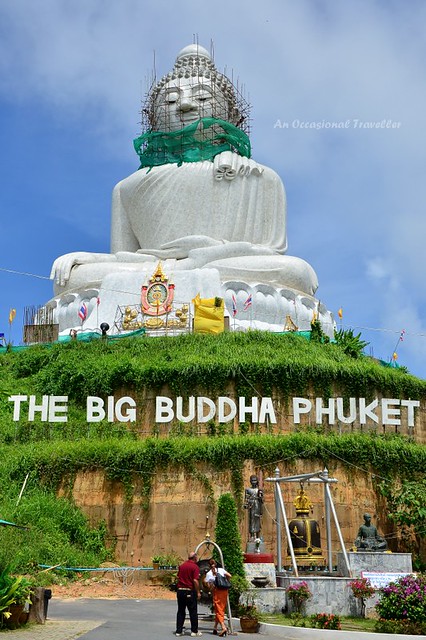 The 45 metre statue is made from Burmese marble 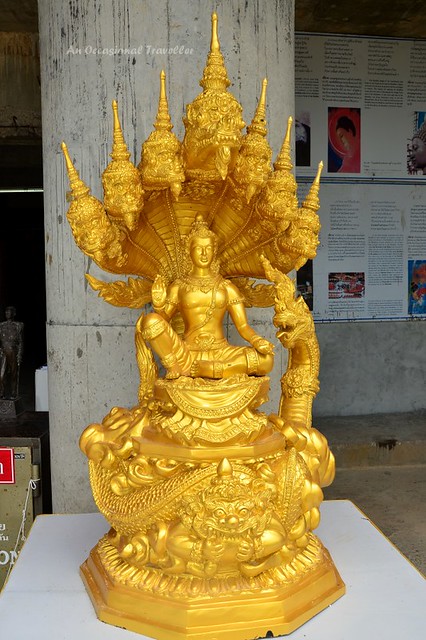 One response to “Phuket”