During a recent trip to our southern neighbour, we stopped by Kluang with the sole aim of trying out the famed Kluang Rail Coffee located in the Kluang railway station. 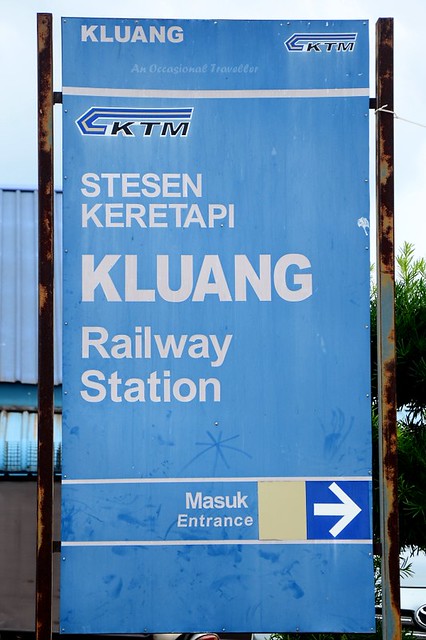 This kopitiam started as the canteen for the railway station in 1938 to cater to rail travellers and workers.  As Kluang station is a major stop on the main railway line, all trains including express trains stop at this station.  It’s also the original of the many Kluang Station outlets found throughout the Klang Valley. 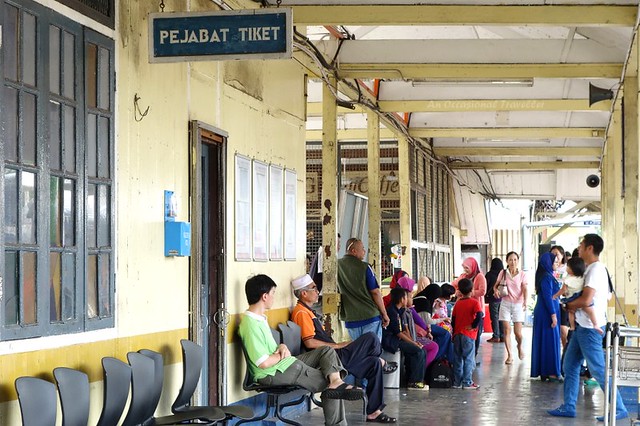 Travellers waiting for train inside the station 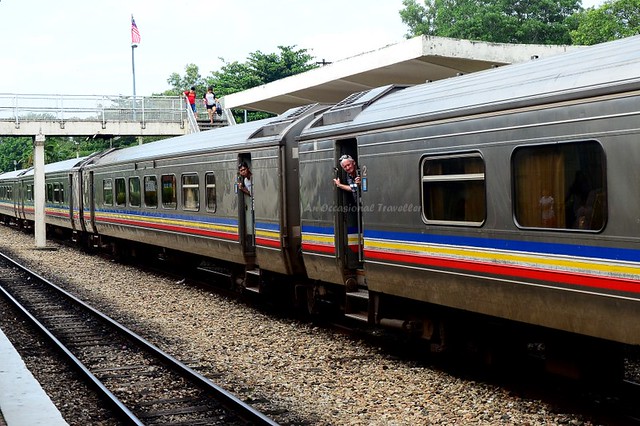 A train making a pit stop at the station 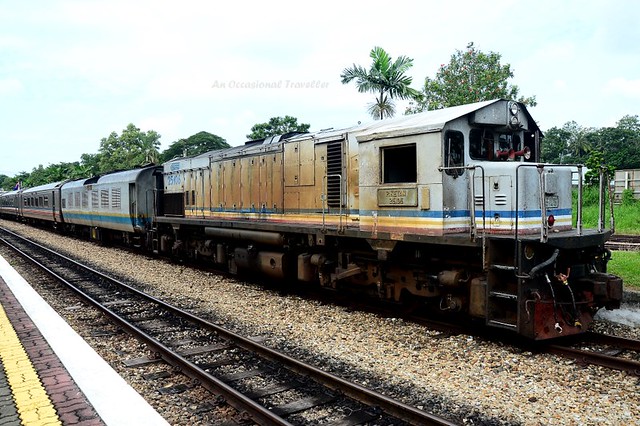 As Kluang is a major station, we see another train making a stop at the station

We arrived just after 10.30am and all tables inside the kopitiam were occupied.  We managed to get a table at the side. 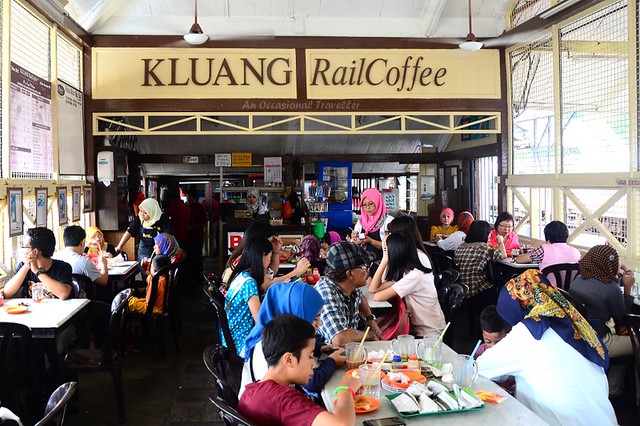 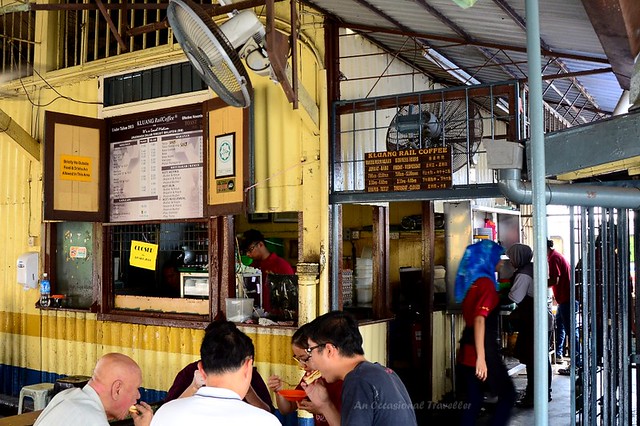 The cashier counter and food station 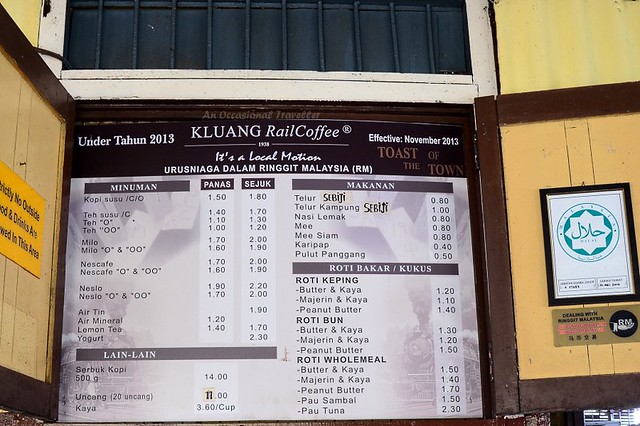 We ordered their must-try of wholemeal bun, coffee and half boiled telur kampong.  While waiting for our food, we couldn’t resist trying these newspaper wrapped pyramid shaped nasi lemak (steamed coconut rice). 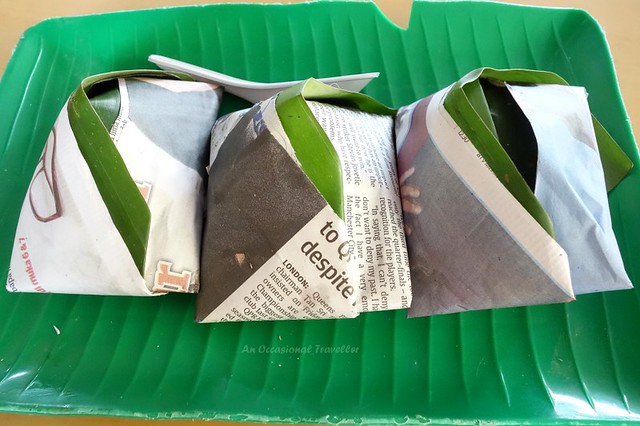 Pre-packed nasi lemak readily available for patrons to dig in

The nasi lemak only has a dollop of sambal, anchovies and roasted peanuts.  Looks can be deceiving though as the rice was very aromatic and one can taste the coconut milk with each spoonful of rice.  The sambal complemented the rice well with just the right level of spiciness. 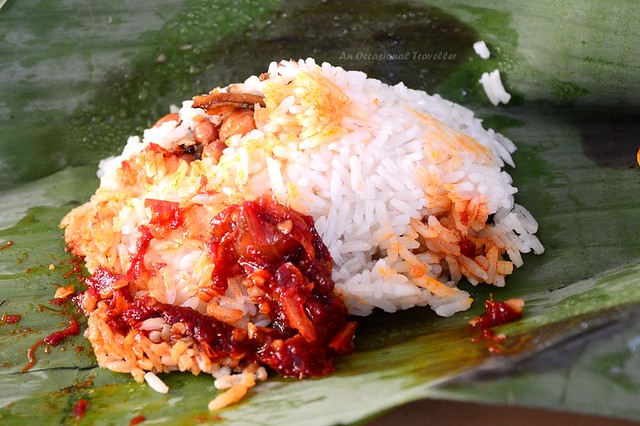 Soon after, our order arrived.  First up was the half boiled eggs which were nicely cooked to the right runny texture. 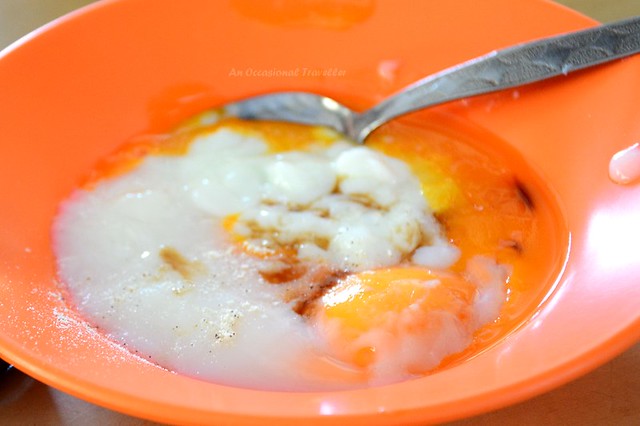 The charcoal grilled wholemeal bun was another winner.  The warm bun was layered with a thick slab of frozen butter and yummy homemade kaya (creamy egg jam with coconut milk).  The butter just melted in the mouth and mixed with the sweetness from the kaya, it was just heavenly.  No wonder this item usually run out first, so the early birds get the worms :). 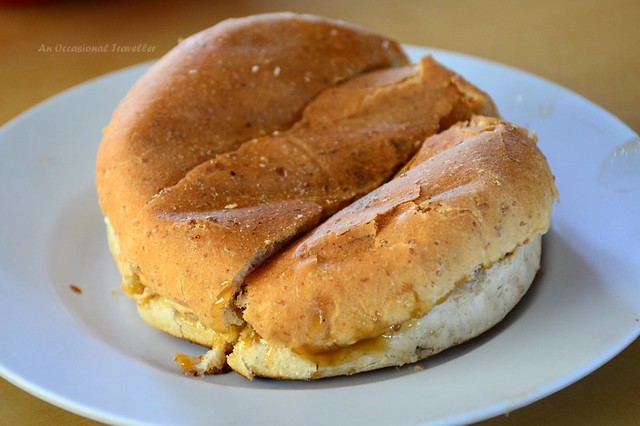 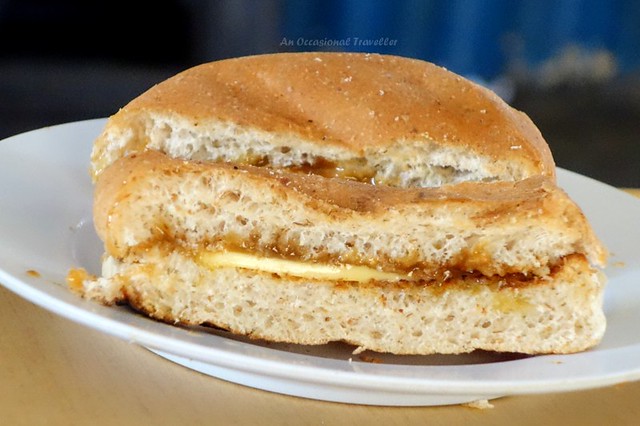 Thick slab of butter and thick layer of homemade kaya

The coffee served here is grown locally and hand roasted with butter which gives it a very rich and creamy taste.  The coffee has a strong aroma and it’s one of the better coffees I have drunk for a while.  The outlet also sells the coffee powder in a pack of 500g or 20 bags. 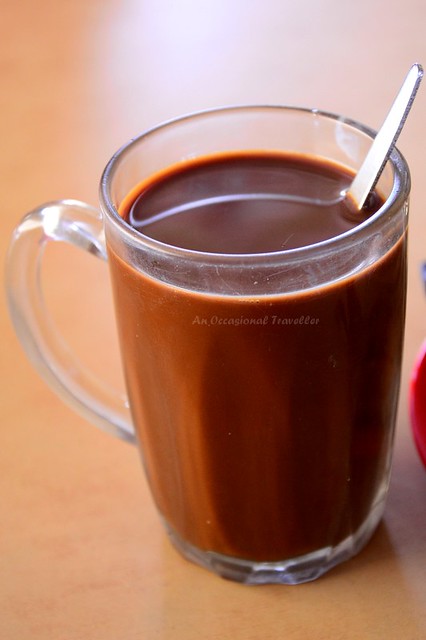 The pulut panggang (Grilled Glutinous Rice) was the least of our favourite as there was very little filling and the glutinous rice doesn’t seem to have enough coconut milk in it. 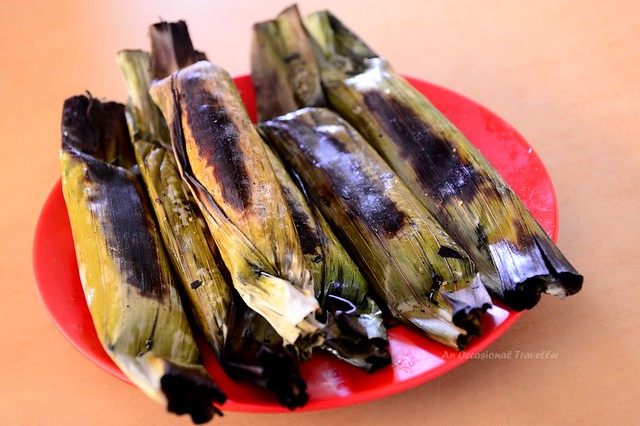 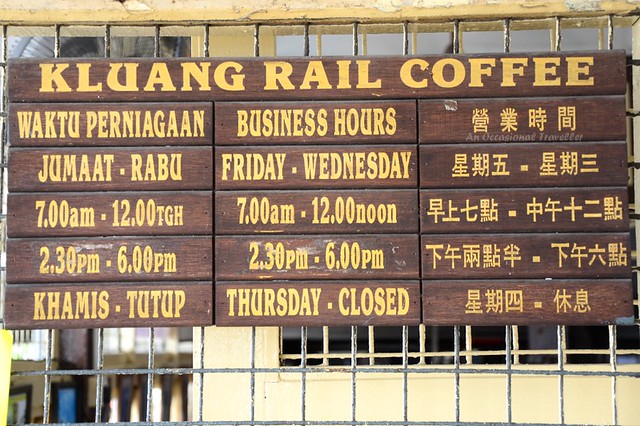 It was definitely worth making the detour here just for a taste of the original wholemeal bun and coffee.