Japan is one of my favourite holiday destinations.  So far I have only been to Honshu island but in September 2019, I visited the southern island of Kyushu.  We landed in Fukuoka Airport which is located close to the city making it the most accessible airport in Japan.

The first thing we did when we arrived was to make our way to Hakata Station in order to buy the 5-day Northern Kyushu Area JR Kyushu Rail Pass.  We made good use of the pass to travel to and from Nagasaki, Beppu and Fukuoka.  For more information, check out their website 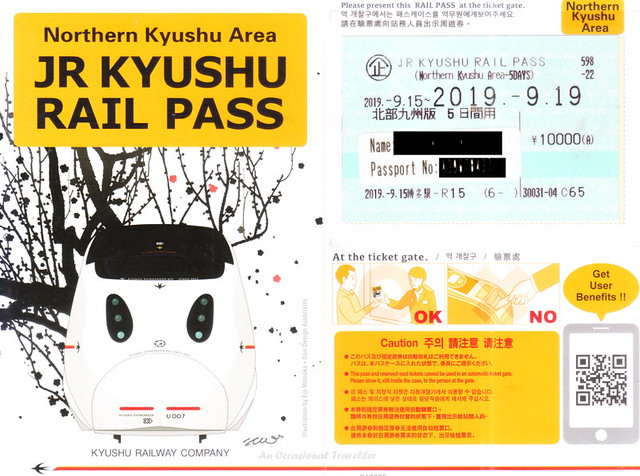 Useful to get this rail pass to travel around Kyushu

Our first stop was Nagasaki.  The city has the distinction of being one of only 2 cities that have experienced the destruction by an atomic bomb.  Aside from its significance in the WW II history, Nagasaki was also one of the few ports open to foreign traders. During the two centuries of isolation from 1639 – 1854, Nagasaki was Japan’s only open port to foreign trade with the Dutch and Chinese.

Today one can still see the Chinese and Dutch influence in the city.  Megane-Bashi (眼镜桥) or Spectacle Bridge is one example.  Built in 1634, it is Japan’s first Chinese-style stone bridge.  This popular landmark gets its name from the resemblance it has to a pair of spectacles when reflected in the river water.  A stone walkway along the river enables visitors to stroll along the river while enjoying the view of the bridge. 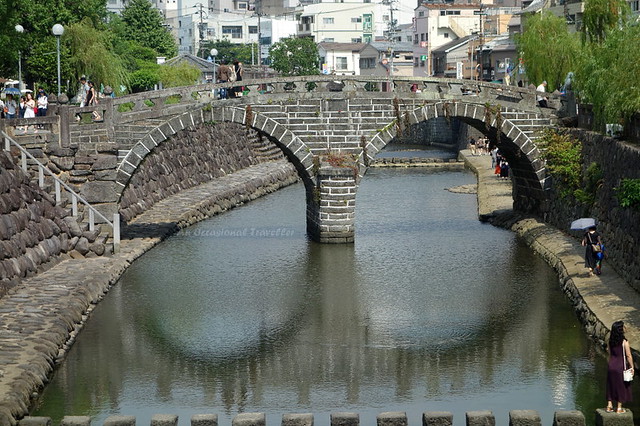 Reflection of the bridge resembles a pair of spectacles

The Dutch Slope is another area where Western influence is prominent.  The steep cobbled stone streets are home to some western-style houses as this area was settled by Western merchants after Nagasaki opened as a treaty port in 1859. 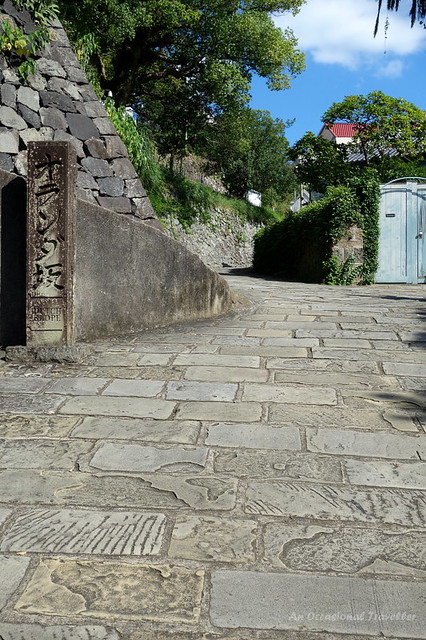 The Dutch Slope is where many foreign traders resided 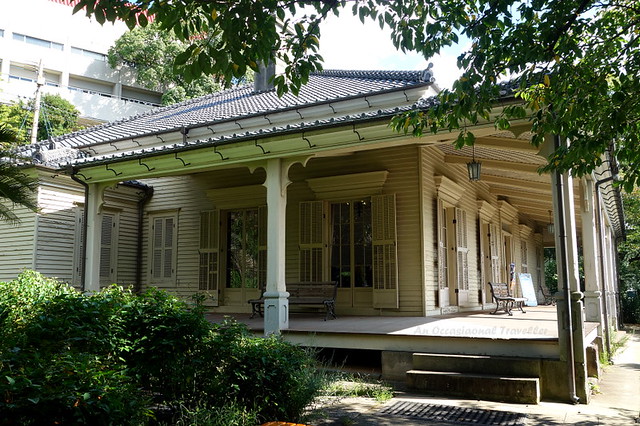 No. 12 Higashi Yamate-machi built in 1868 is the oldest Western building in the Higash-Yamate district

The no. 1 attraction I wanted to visit is the Nagasaki Peace Park (平和公园).  Located on a hill, the park encompasses the memorial park, the hypocenter park, and the atomic bomb museum.  Similar to the Hiroshima Peace Park, the park was opened as a memorial for the victims of a tragic event, send the world a message for peace and most importantly serve as a constant reminder that it should never ever be allowed to happen again. 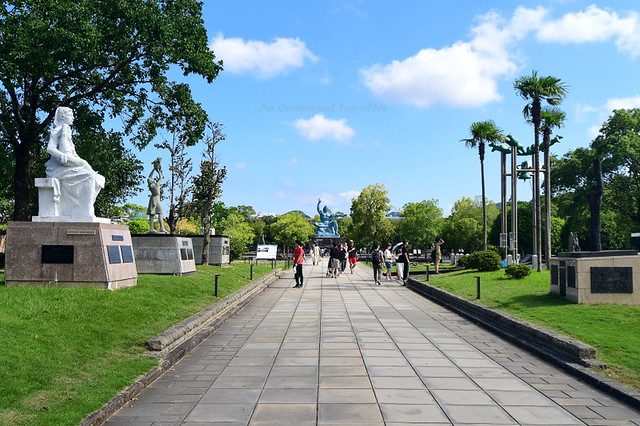 A Hypocenter Cenotaph is erected in the hypocenter park (also known as the Zone of Prayers).  This is ground zero of the atomic bomb.  The zone also contains other memorials and statues. 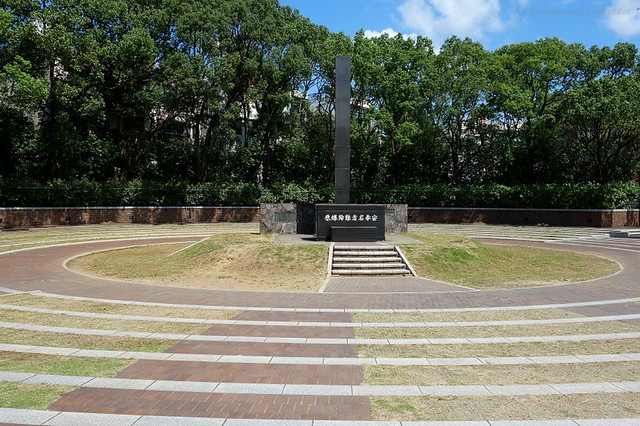 The 9.7m tall Peace Statue is the dominant feature in memorial park (known as the Zone of Hope).  His right hand points to the sky, symbolizing the threat of nuclear warfare, while his left stretches out horizontally, palm down, signifying a desire for peace. 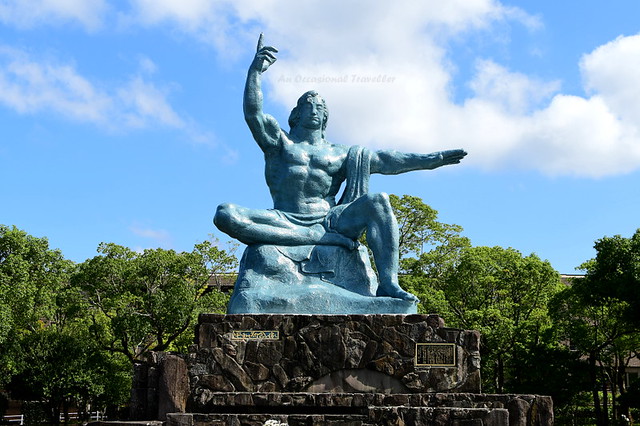 At the opposite end of the memorial park is the Peace Fountain.  The fountain is dedicated as an offering of water to the victims of the atomic bomb as thousands of people suffered terrible burns and died begging for water.  A black plaque bears the words of Sachiko Yamaguchi, a survivor describing her desperate need for water after being hit by the bomb. 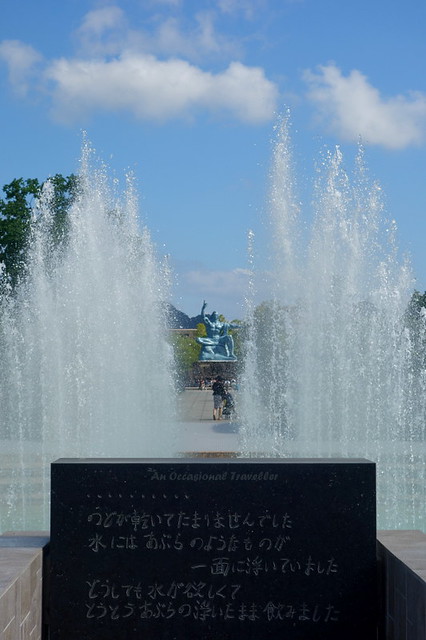 In the Atomic Bomb Museum, I learnt that Nagasaki wasn’t even the bomb’s main target. Kokura was the primary target while Nagasaki was the secondary target.  As Kokura was obscured by clouds at the time and unlucky Nagasaki was clear, so the decision was made to bomb Nagasaki instead. 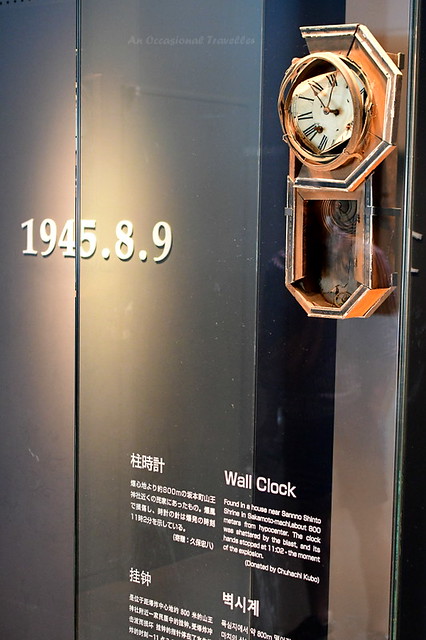 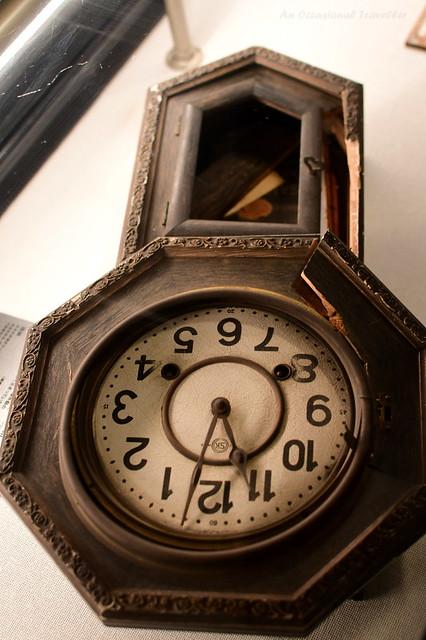 Another clock with its hands forever stopped at 11:02am 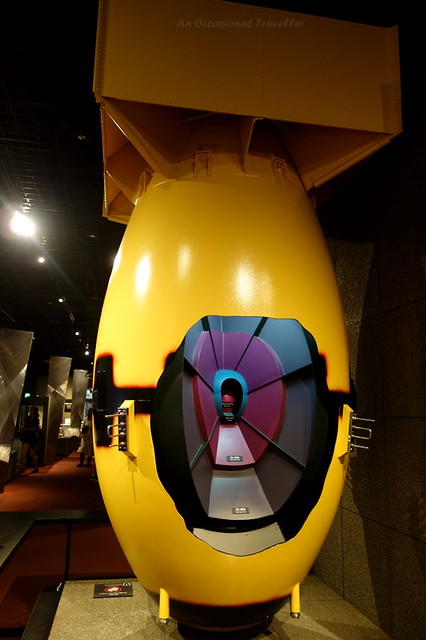 A replica of the Fat Man

Walking through the more than 900 exhibits really put a face to the tragedy that we read in history books.  It also brings home the atrocities and misery of war and the devastating effects of nuclear weapons. 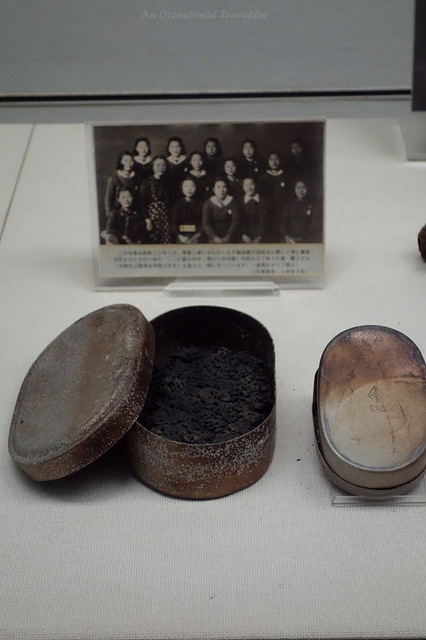 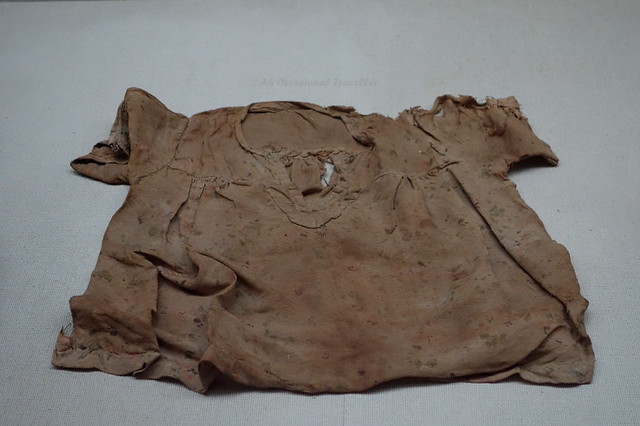 From the museum, I continued to the Nagasaki National Peace Memorial Hall for the Atomic Bomb Victims.  The atmosphere inside the hall was very sombre.  It commemorates those who lost their lives as a result of the atomic bombing and to offer prayers for everlasting peace. 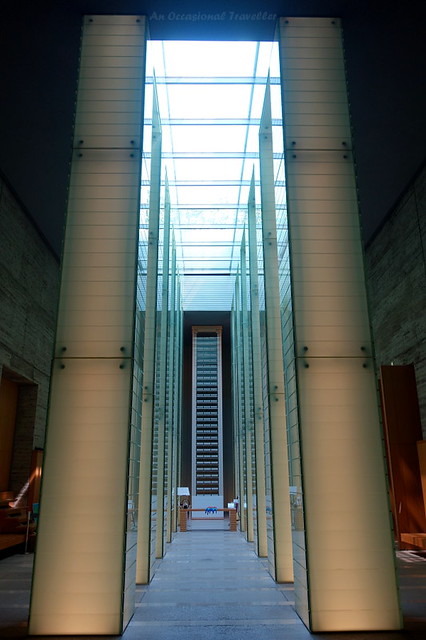 One can’t visit Nagasaki without spending a couple of hours here even though one might leave with a palpable heavy feeling.

Though Nagasaki has such a tragic history, this city prevailed and thrived.  Mount Inasa is the place to go to have a panoramic view of this beautiful city.  The night view from Mount Inasa is ranked among Japan’s three best night views besides the views from Mount Hakodate and Mount Rokko. 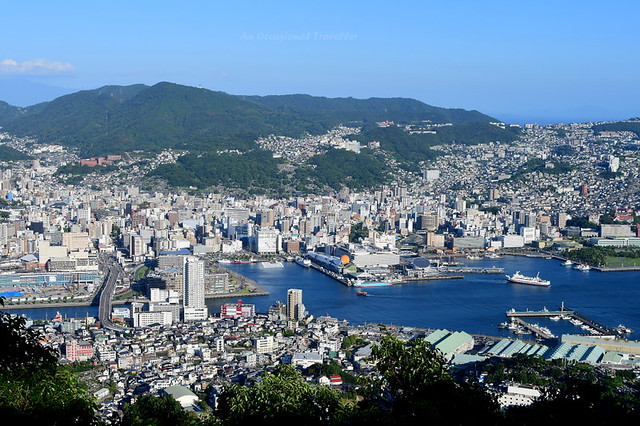 View of Nagasaki from Mount Inasa 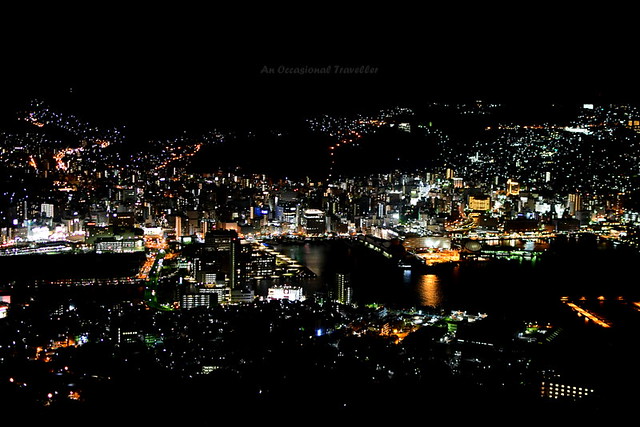 The best time to visit is at dusk to be able to see the beautiful sunset and night view from the observation tower at the summit. 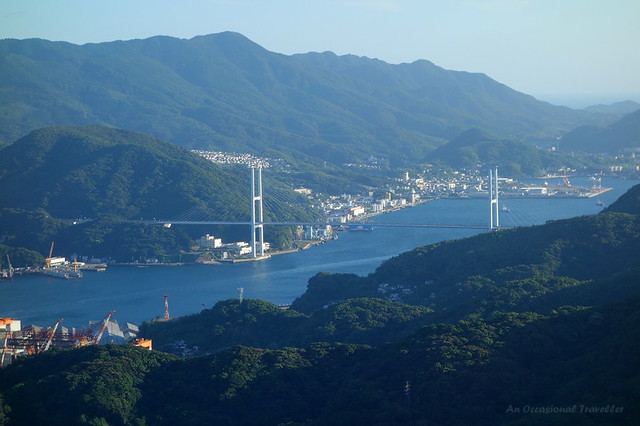 One can see Nagasaki & beyond 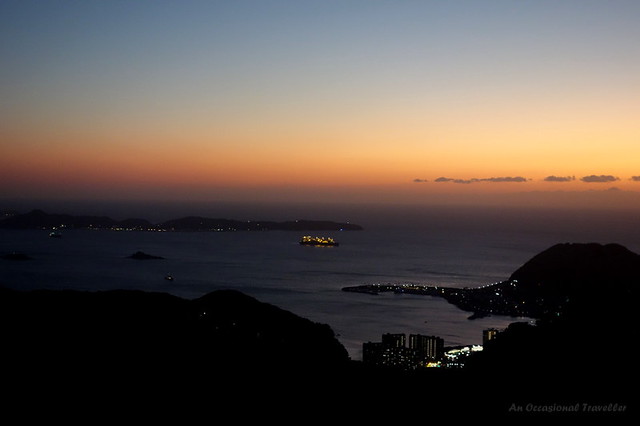 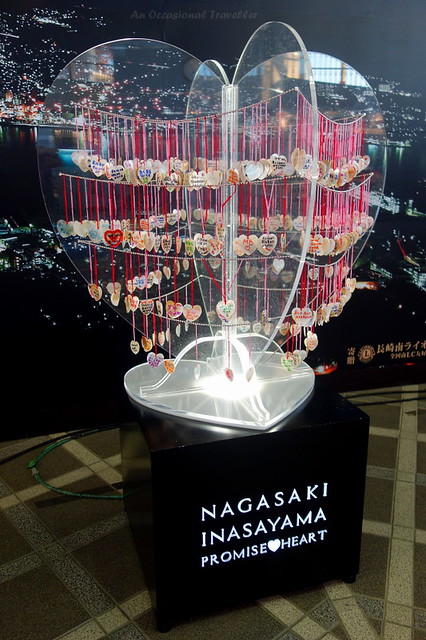 Promise your Heart at the top of Mount Inasa 🙂 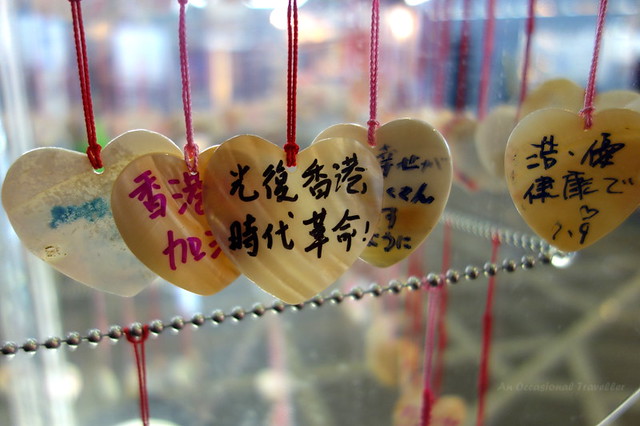 More on this beautiful Nagasaki in my next post……………………