On the way to St Mary’s Cathedral, we passed by the original Perth Central Fire Station.  The 2-storey limestone and tile building was the first purpose built fire station in Western Australia.  The fire station was opened in 1901 and used until 1979.  This heritage building now houses the Fire Safety Education Centre and Museum.  Didn’t get to visit as it was closed when we passed by. 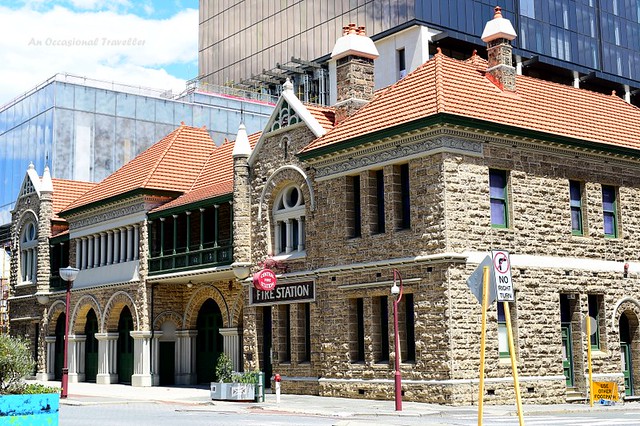 St Mary’s Cathedral is officially known as the Cathedral of the Immaculate Conception of the Blessed Virgin Mary.  The cathedral was built in three phases starting in the 1860s and the final phase completed in 2009.  This unique cathedral merges two very contrasting architectures beautifully – the traditional old style stone walls mixed with an ultramodern glass design in the middle. 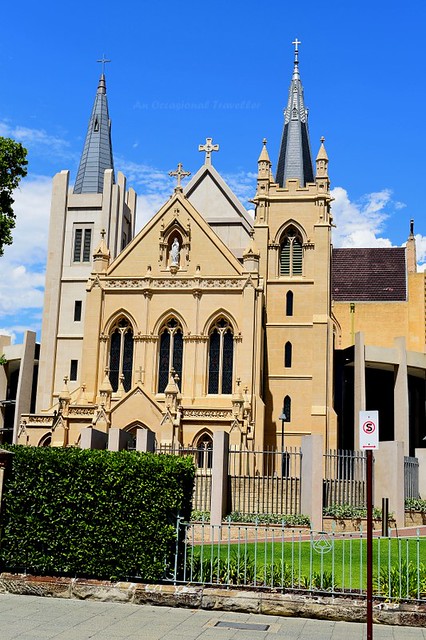 Cathedral of the Immaculate Conception of the Blessed Virgin Mary The mix of old and new architecture

The interior is equally impressive with its aesthetically beautiful stained glass windows, high arches and marble altar.  Natural light spilling in from the modern walls gives it a bright and cheery atmosphere.  On both sides of the church are sculptures of the crucifixion. 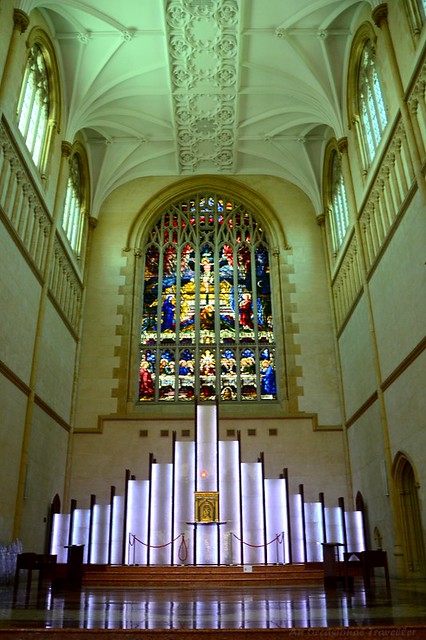 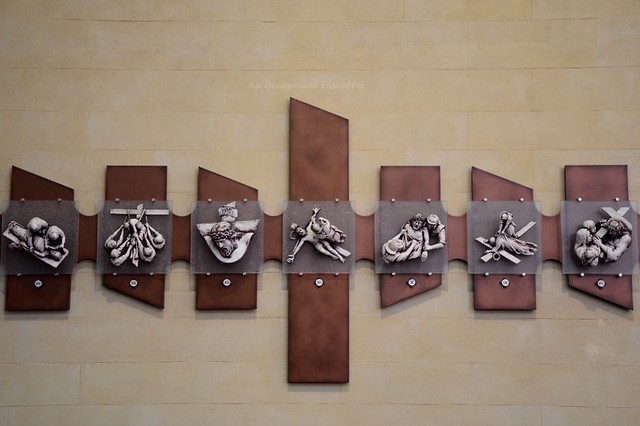 Sculptures of the crucifixion

We pushed on to The Perth Mint in order to be able to join the last Tour and Gold Pour demonstration.  The tour is conducted hourly and cost AUD19. 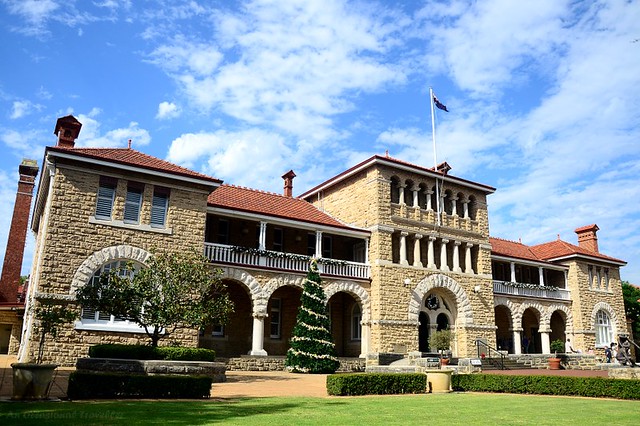 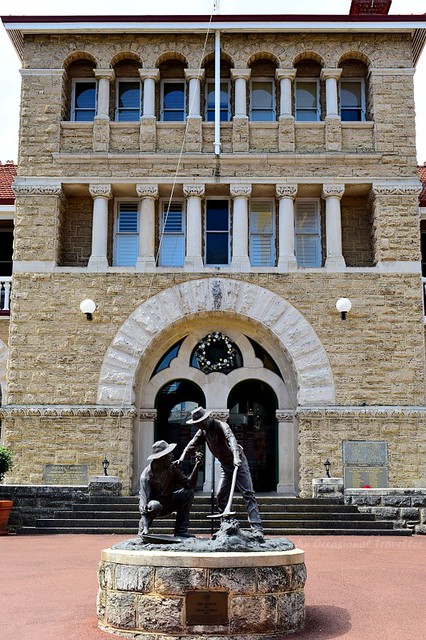 Statues of gold prospectors at the entrance of the building

The 60 minute tour began outside the building with a history lesson on The Perth Mint, the gold rush in Western Australia and the gold mining industry by our effervescent guide.  Then we were led into the darkened exhibition room where we came face to face with the Australian Kangaroo One Tonne Gold Coin.  Made of 99.99% pure gold, it is the world’s largest and most valuable coin.  Though it has a face value of  AUD1,000,000, it is worth over AUD55,000,000 at today’s gold prices. 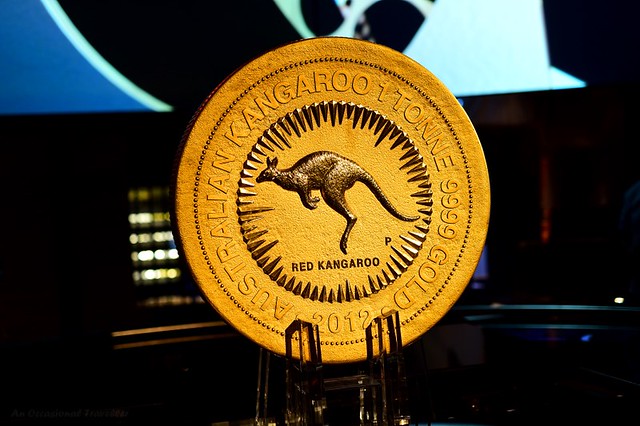 The world’s largest and most valuable gold coin

After a short presentation, we then walked through exhibits of natural gold nuggets, minted pure gold bars and commemorative coins, all kept behind glass for obvious reasons. 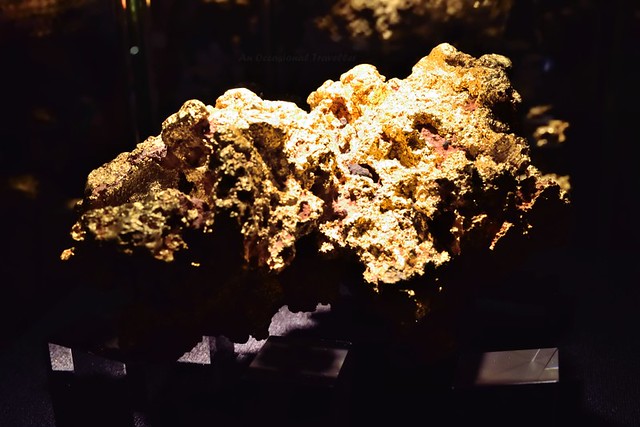 One of the gold nuggets found in Western Australia 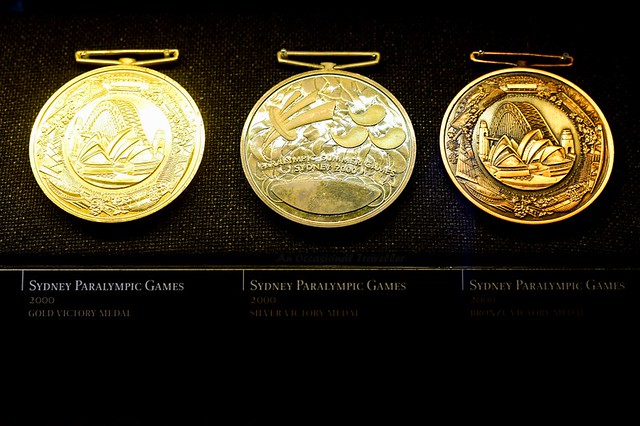 Sydney Paralympic Games medals were minted at The Perth Mint

Highlight of the tour was definitely the smelting and gold pouring demonstration held in a small auditorium that was once The Perth Mint’s original melting house.  I watched in awe as our guide, suited in full safety gear removed a red hot pot from the furnace.  He then proceeded to pour the glowing melted gold into a rectangular mould.  It was then dipped into cold water and voila………a shiny bar of pure gold worth AUD250,000 is made! 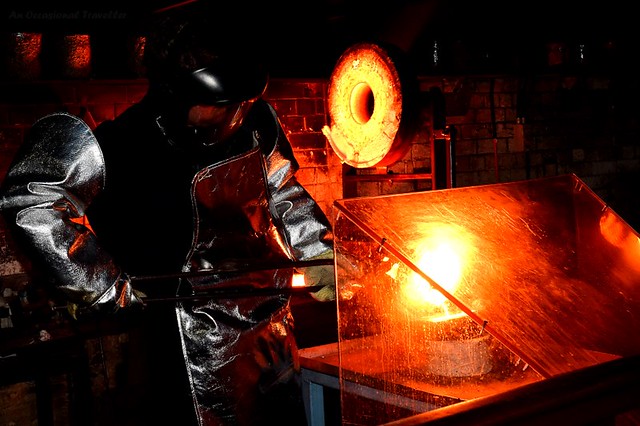 Hot molten liquid being poured into the mould 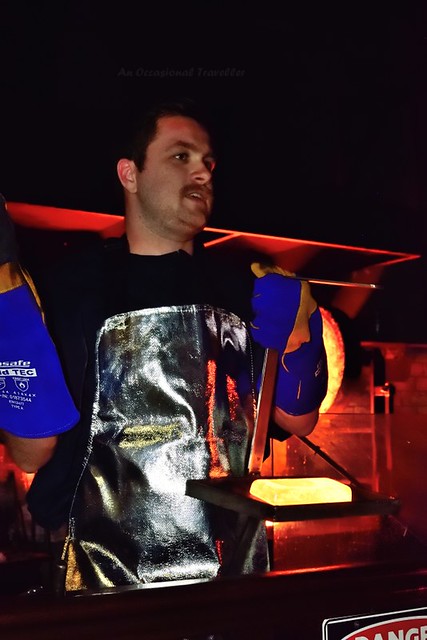 Gold bar fresh from the furnace 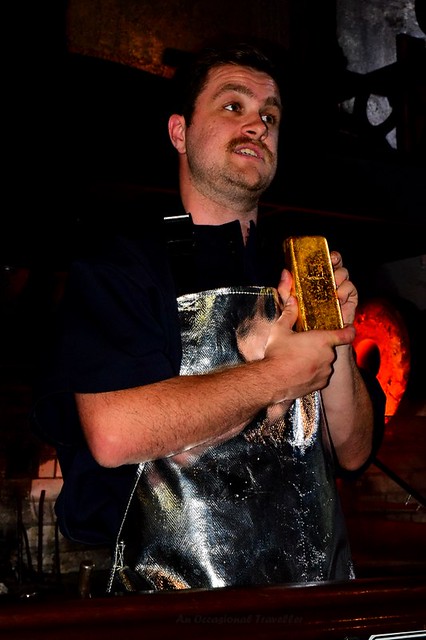 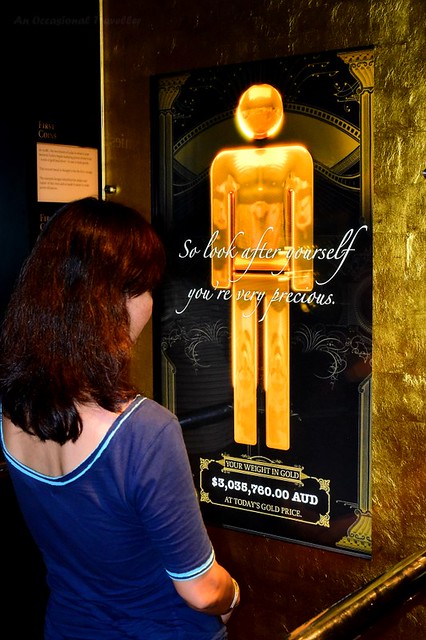 We ended the day shopping in Hay Street Mall, a pedestrian only shopping street in the heart of the city.  There is a mixture of department stores, shopping arcades and shopping centres offering international and homegrown fashion brands, jewellery, footwear and of course souvenirs. 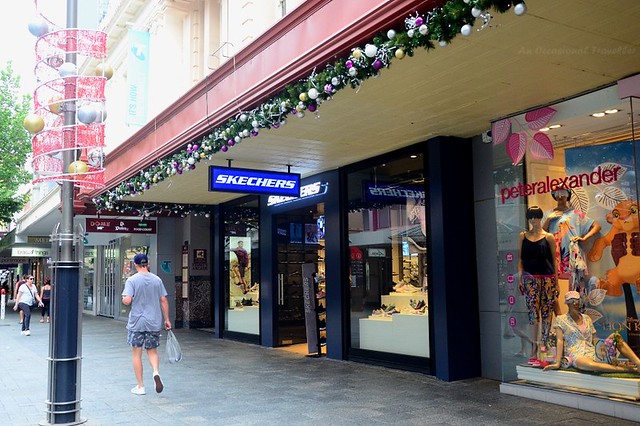 The pedestrian only Hay Street Mall

The Tudor style London Court arcade caught my attention.  Walking into the narrow alley, one is transported back to the era of Elizabethan England.  Shoppers can find clothing, Aboriginal arts,  antiques, quirky gifts and many more.  Or one can hop into one of the many trendy cafes and eateries for a quick bite or enjoy a cup of freshly brewed coffee. 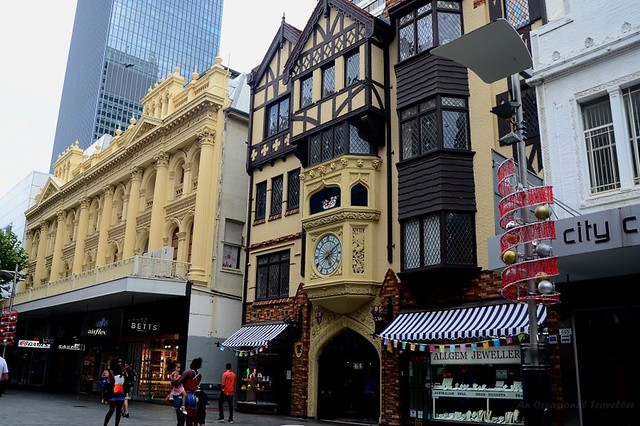 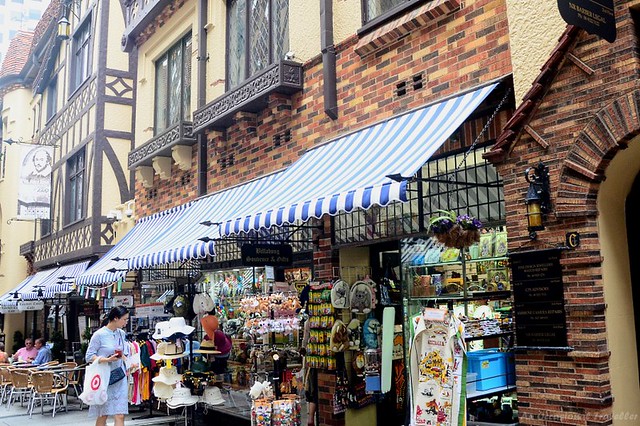 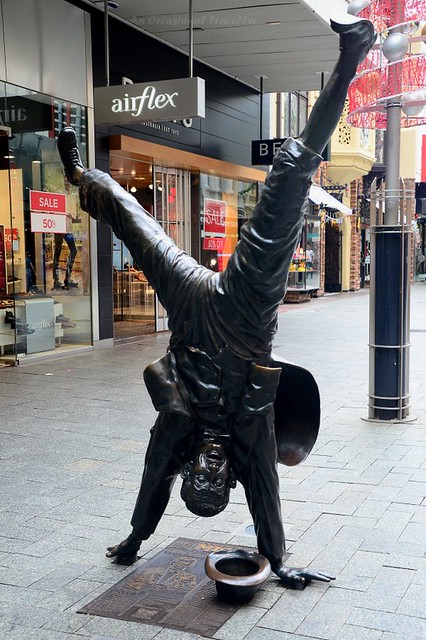