Apart from Borobudur, another UNESCO World Heritage Site in Yogyakarta that is very popular is the Prambanan Temple Complex.  Built in the 9th century by Rakai Pikatan, it is said to be the biggest Hindu temple in Indonesia and one of the biggest in South East Asia. 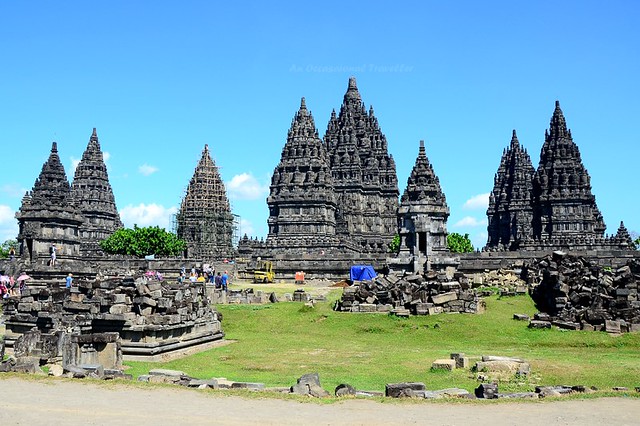 Prambanan Temple or Candi Prambanan  is actually made up of individual temple buildings and at one time there were a total of 240 temple buildings in the temple grounds.  However, many of these are lying in ruins today.  Only a handful of the main temples were fully restored. 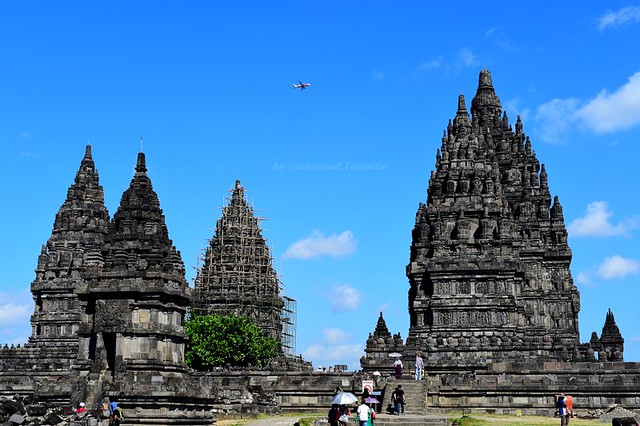 The restored temples of Prambanan Temple

To enter the temple complex, foreign tourists have to pay a fee of IDR 234,000 per person.  The fee includes entrance to Ratu Boko though.  The biggest and tallest building in the middle of the complex is dedicated to Lord Shiva.  The two temples flanking it are dedicated to Brahma and Vishnu. 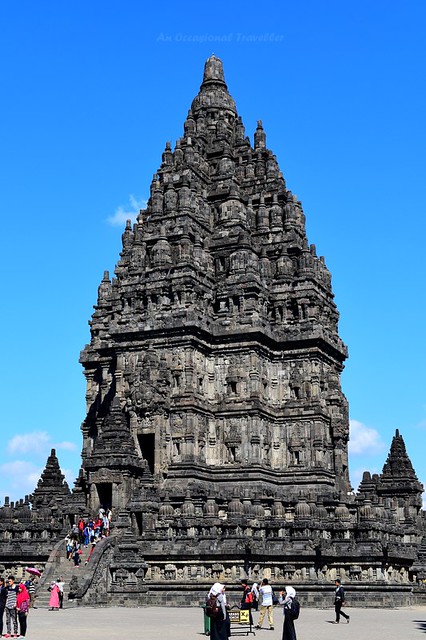 This 47m tall temple tower is dedicated to Lord Shiva 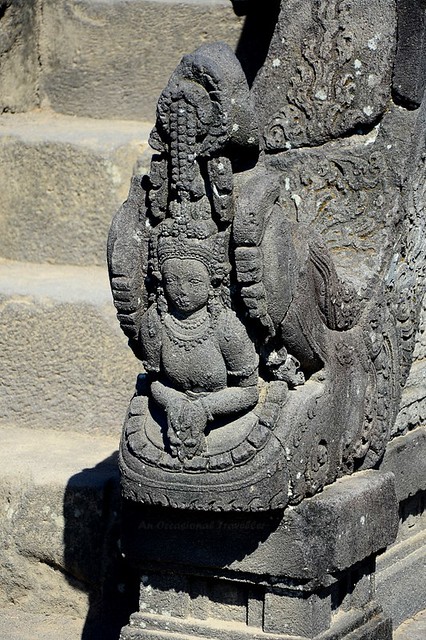 Guardian at the step of the temple

The three main temples’ walls are richly adorned with panels of bas relief depicting the story of Ramayana and Krishnayana.  Each temple also houses a statue of the god it symbolized inside a dark chamber that can be reached by climbing a set of steep steps.  However these steps are much easier to climb than those found in Angkor Wat. 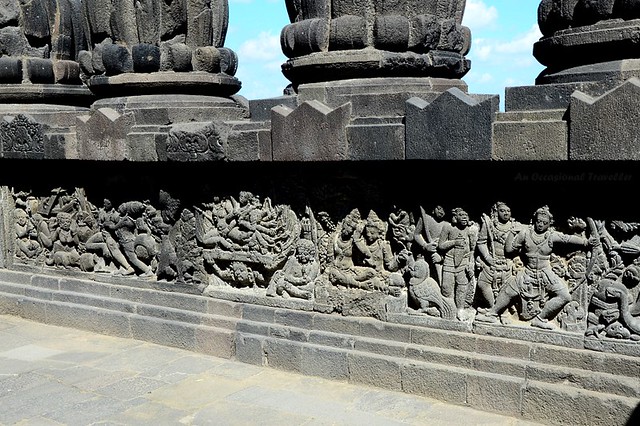 A panel of bas relief 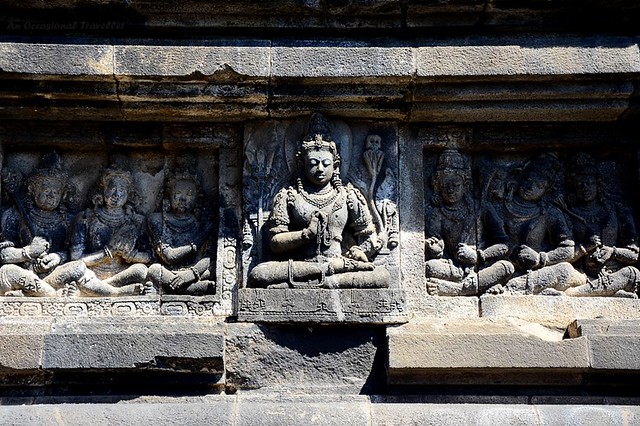 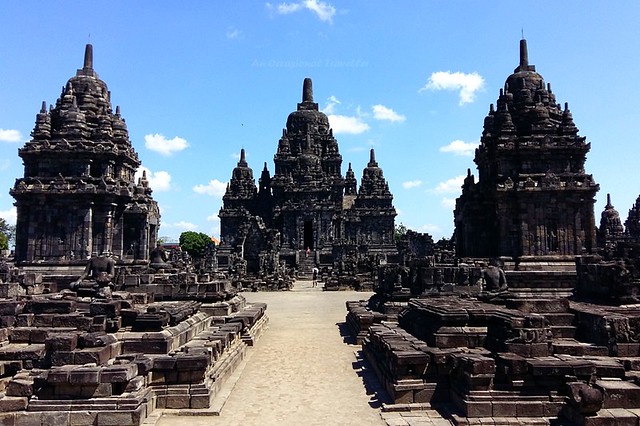 Sewu Temple, a Buddhist temple built in the 8th century

Sewu Temple Complex consists of 240 shrines clustered around a main central temple.  It is the second largest Buddhist temple in Indonesia after Borobudur.  It was built in the 8th century as a Royal Buddhist Temple. 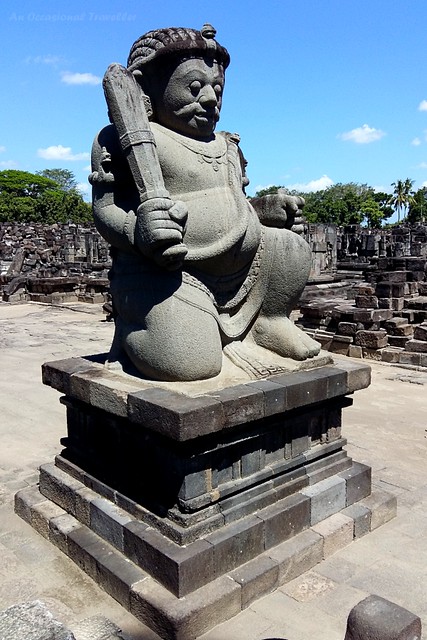 Dvarapala statue, guardian of the temple

We took our time to explore and roam this massive and richly decorated temple complex.  The main temple consists of a central sanctum surrounded by four small rooms, which serve as doorway to the temple.  Unfortunately, the statue of Buddha is missing from the main hall. 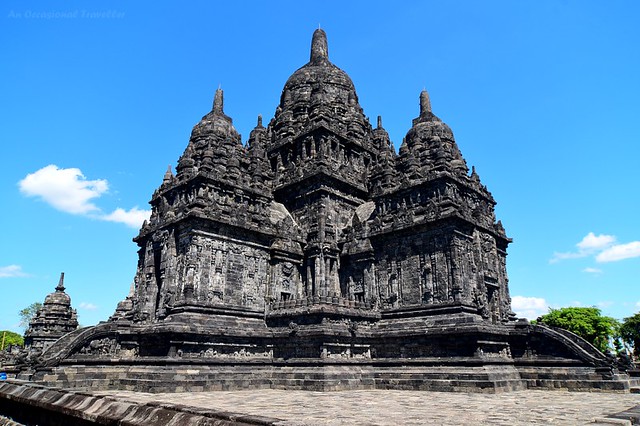 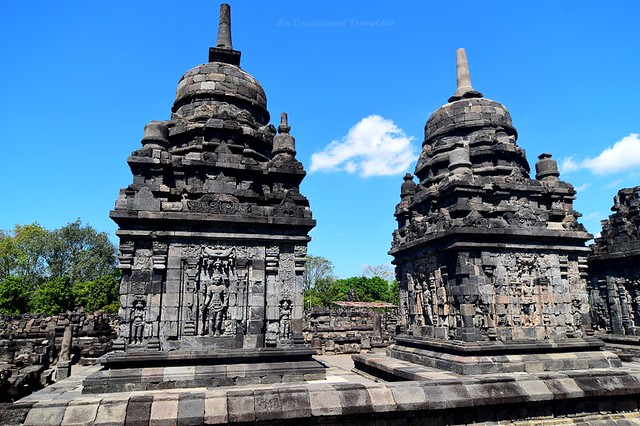 Some of the smaller temples surrounding the main temple 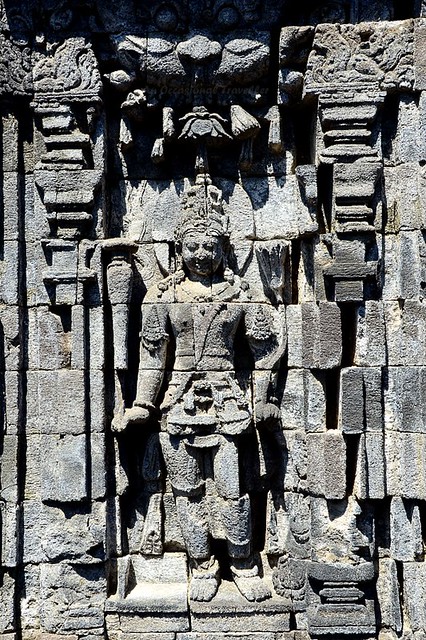 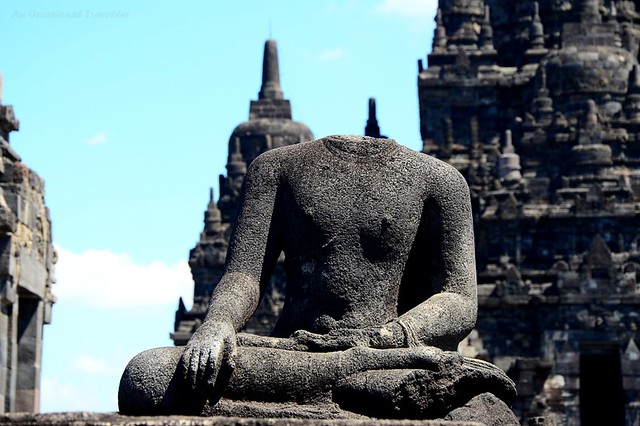 From the archaeological park, we travelled by car around a kilometer to Plaosan Temple.  Consisting of Plaosan Kidul and Plaosan Lor, this Javanese Mahavana Buddhist temple was built in the mid 9th century.  The group of temples at the smaller Plaosan Kidul are mostly in ruin. 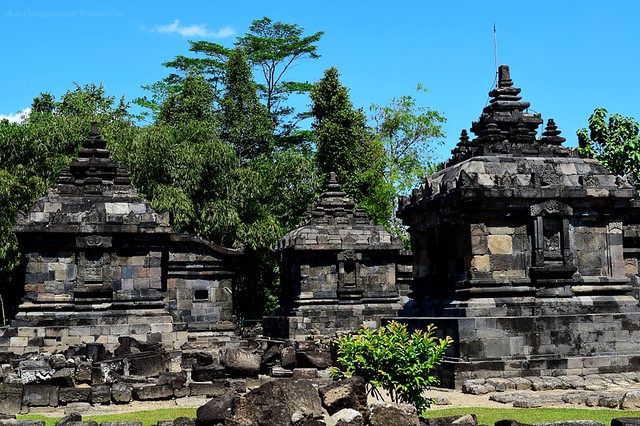 A few of the temples still intact at Plaosan Kidul Temple

The larger Plaosan Lor is located across the road from Plaosan Kidul.  While the surrounding temples lie in ruins, the two main shrine buildings stand majestically.  The exterior walls of the buildings are covered with intricately carved human size reliefs.  In the central chamber are three raised platform but only two Buddha statues are found. 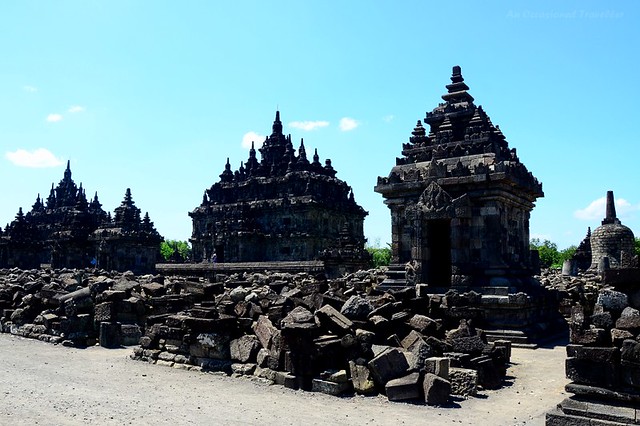 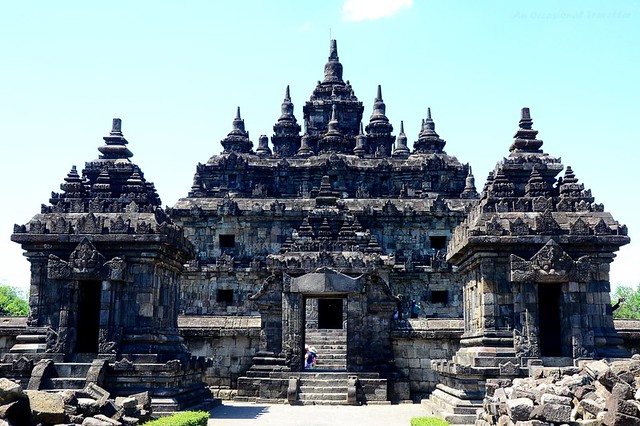 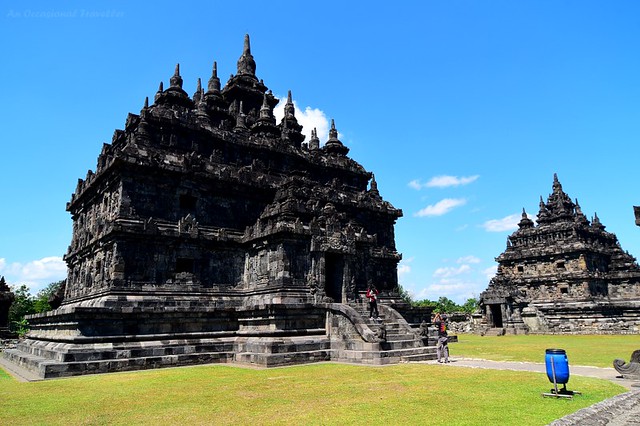 The two main shrines standing next to each other 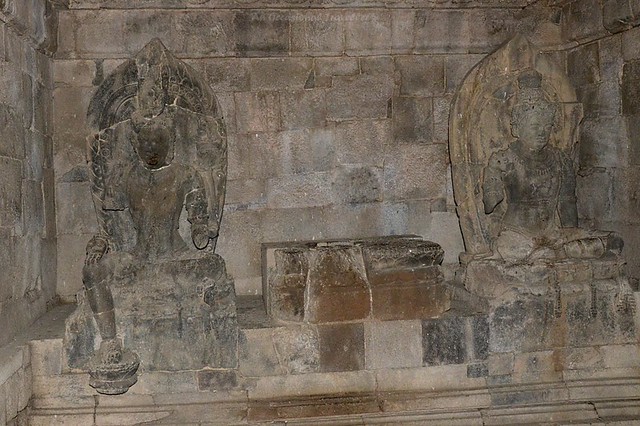 Buddha statues inside the central chamber

The ticket to Prambanan includes a visit to the Kraton Ratu Boko.  Located on top of a hill, it’s believed that this was once a palace complex.  If you are short of time, you can skip this as there is really nothing much to see except some building foundations.  Usually visitors come here to admire the sunset view. 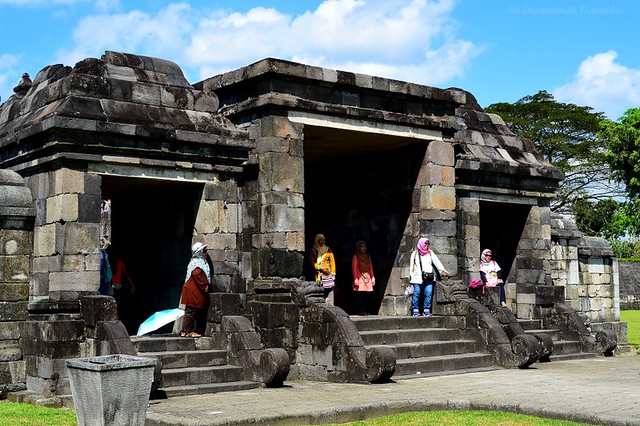 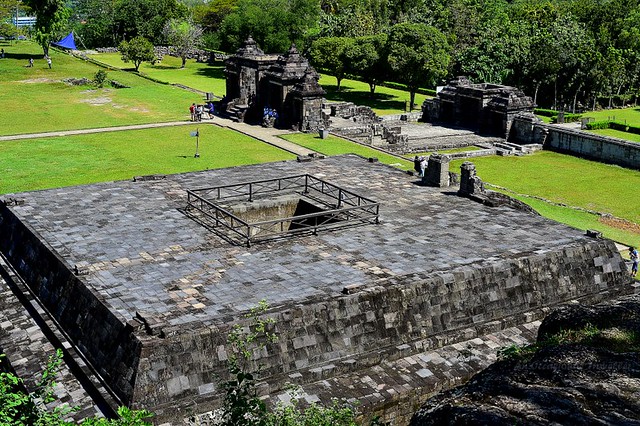 It was a great experience to be able to visit these beautiful and historical Hindu and Buddhist temples that has stood the test of time and co-exist harmoniously for centuries.