Finally, Malaysia’s first mass rapid transit (MRT) began its service on 16 December 2016.  Phase 1 of the MRT Sungai Buloh – Kajang (SBK) Line has twelve stations on its 21km elevated tracks from Sungai Buloh to Semantan.  Phase 2, covering the remaining nineteen stations from Semantan to Kajang is expected to be up and running in July 2017.  Upon completion, the entire 51km SBK Line will have a total of 31 stations.

From now till 16 January 2017, MRT Corp is giving free rides on the MRT as well as its feeder buses.  So I took the opportunity for a joyride to sample Klang Valley’s newest public transport option.

The journey began with a ride on the feeder bus as there is a bus stop near my residence.  The feeder buses operate from 5.30am to 11.30pm with a service frequency of 10 min – 15 min.  It was a short wait for the bus and another 20 minute ride in the new bus to the Surian MRT station.  The bus fare is a flat rate of RM1 per trip.  For more feeder bus information, please check out http://www.mymrt.com.my/en/sbk/travel-info. 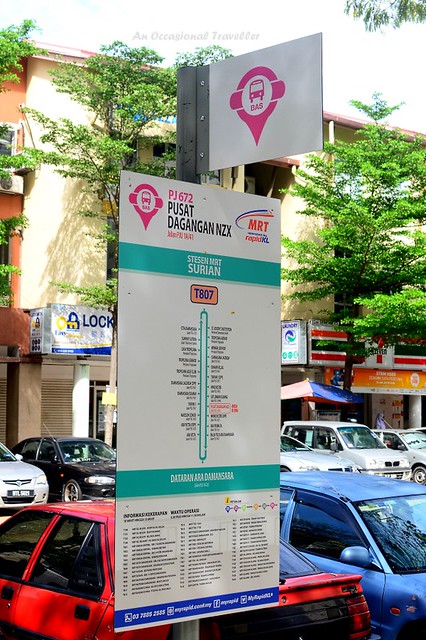 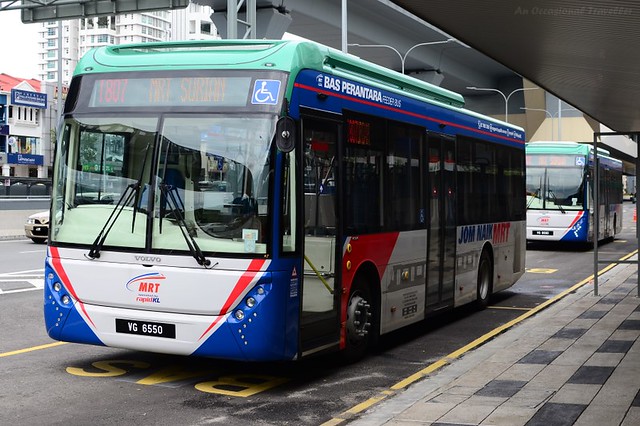 One of the MRT feeder buses at Surian station 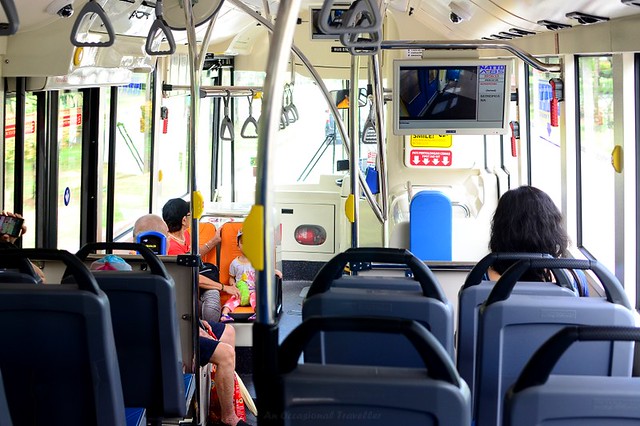 Interior of the bus 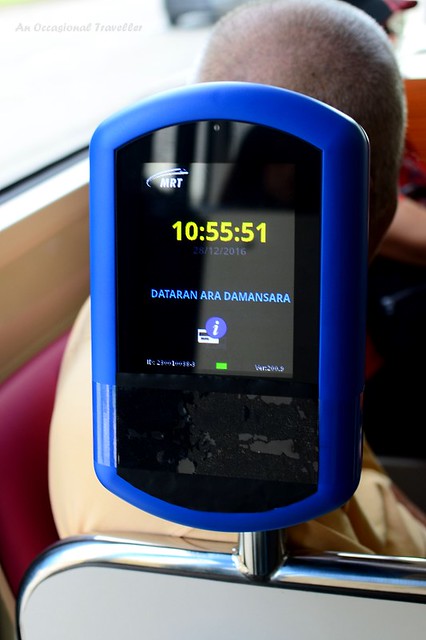 The covered walkway to the station provides shelter from the sun and rain for commuters.  It also serves as a taxi stand and passenger drop off area. 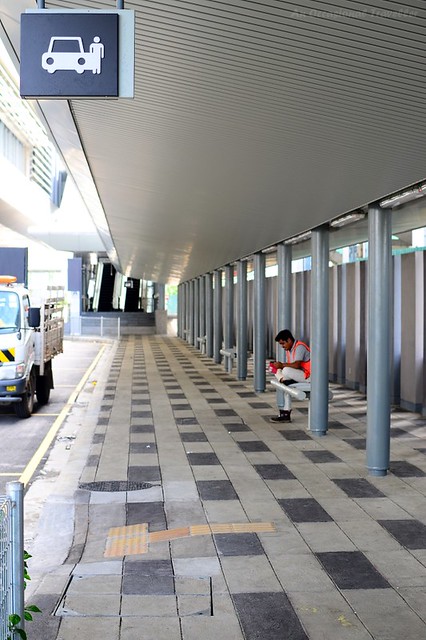 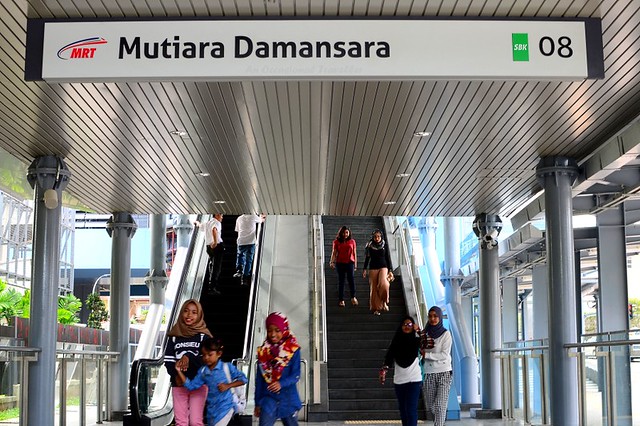 The ticket vending machines are currently not in use.  The machines only accept cash and have stored value card top up facility.   For Phase 1, fares start at 80 sen to a maximum of RM4 for those paying cash and RM3.50 for Touch ‘n Go users.  Currently only cash and Touch ‘n Go cards are accepted. 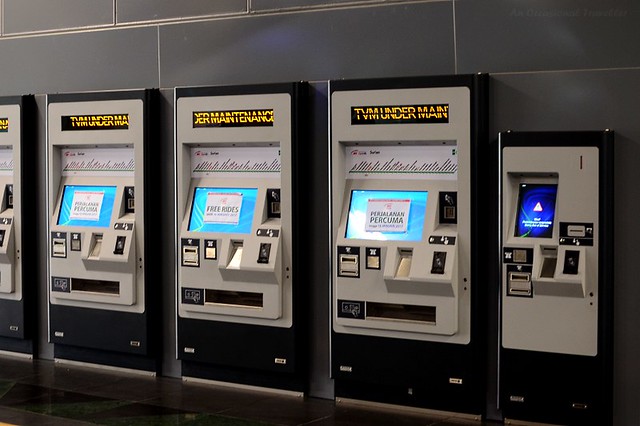 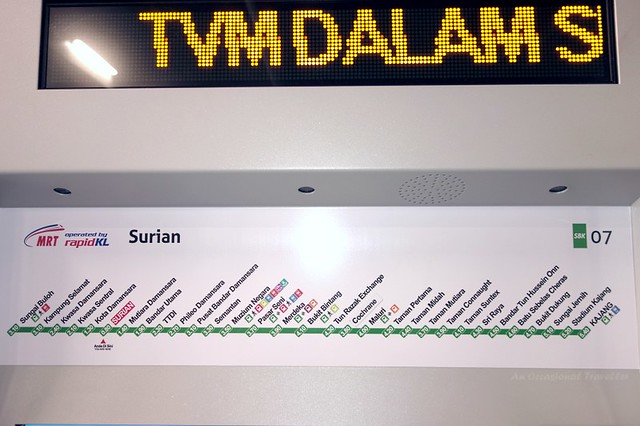 The spanking new stations are gleaming with glossy tiled floors and giant fans for better ventilation.  Stairs, escalators and lifts are available to the get commuters to and from the platform.  The platform is vey spacious but has limited seating. 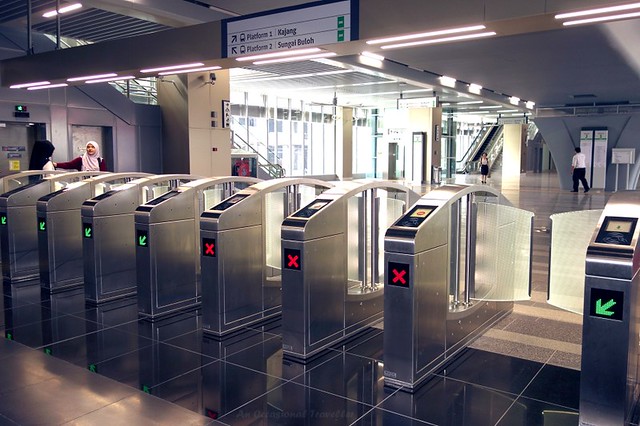 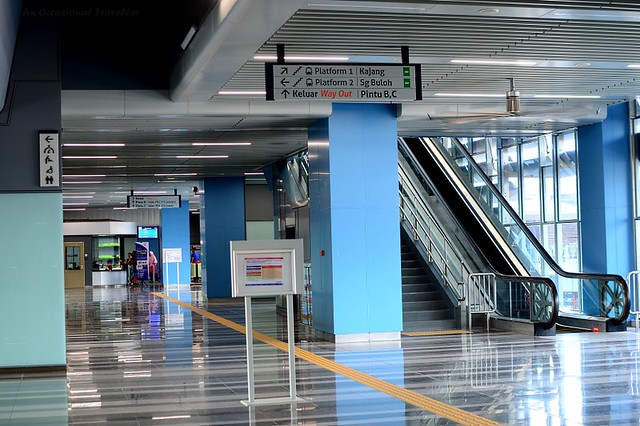 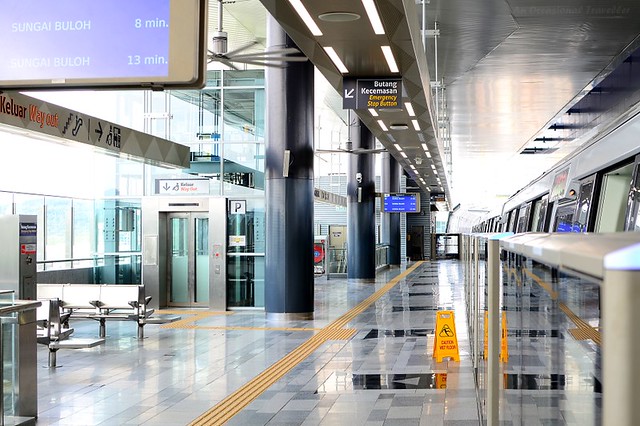 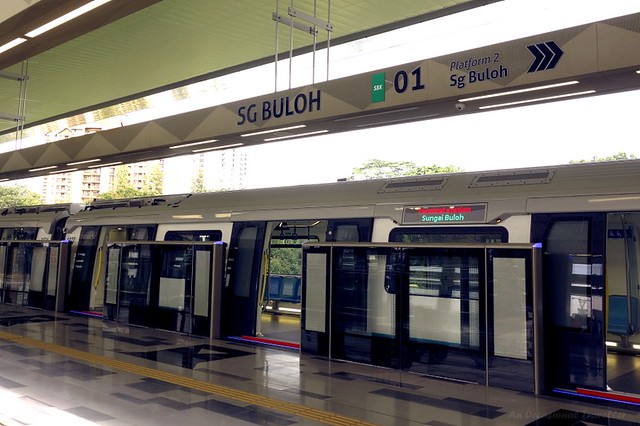 Safety barrier gate on the track 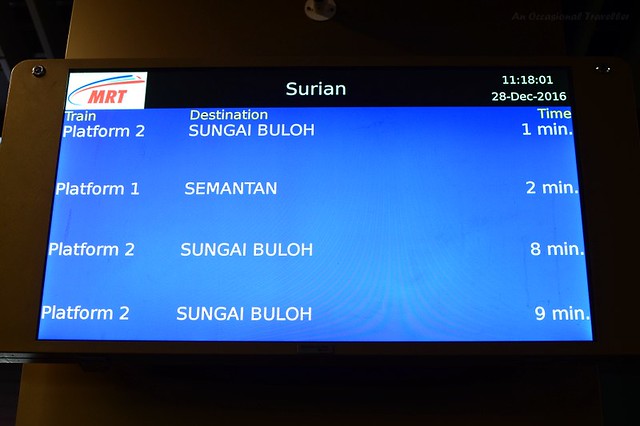 The train carriages are wider than the Kelana Jaya Line LRT train carriages.  It has more standing space to maximise the number of commuters per train, especially during peak travel hours.  The ride was very smooth and quiet compared to the LRT.  The large windows provide commuters great views of the passing landscape from high above ground level. 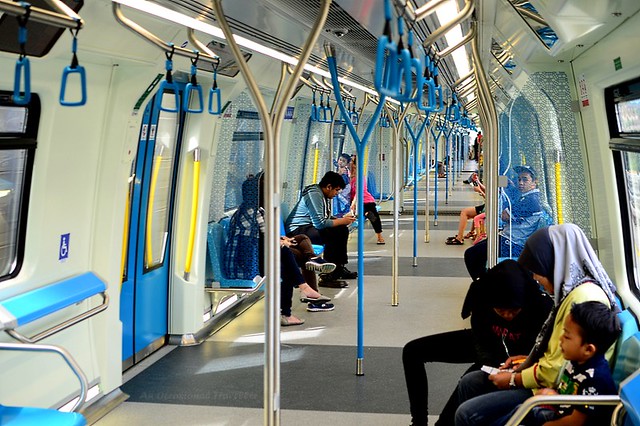 Interior of the train carriage 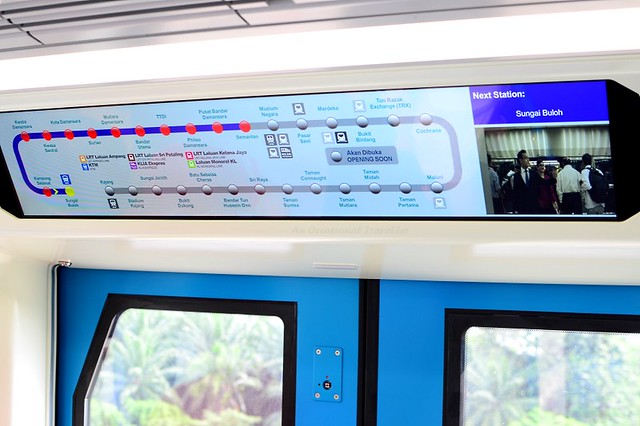 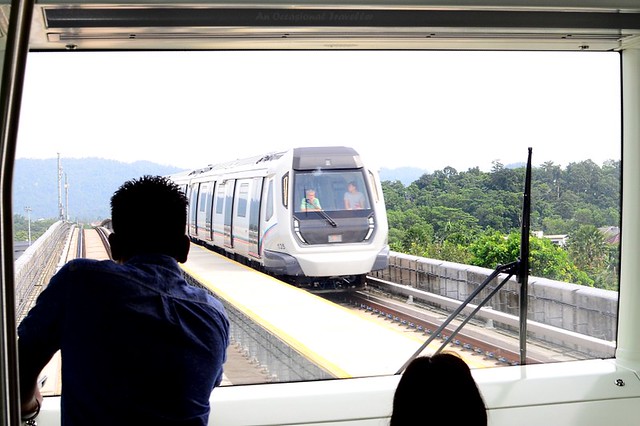 View from inside the train carriage

Currently, the only interchange station is at the terminus Sungai Buloh station where it interchanges with KTM Komuter Line.  As both stations are now housed in the same building, it’s a short and comfortable walk from the MRT station to the KTM Komuter station. 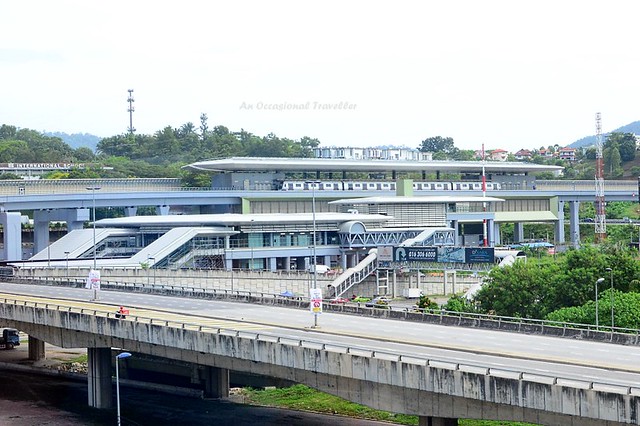 View of Sungai Buloh terminus station from the train 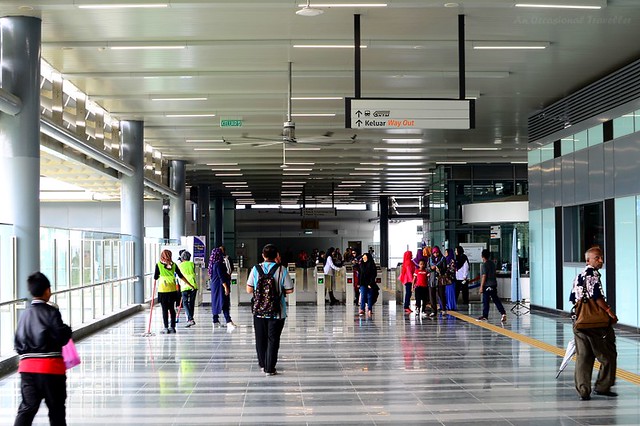 Commuters can get onto the KTM Komuter at Sungai Buloh station 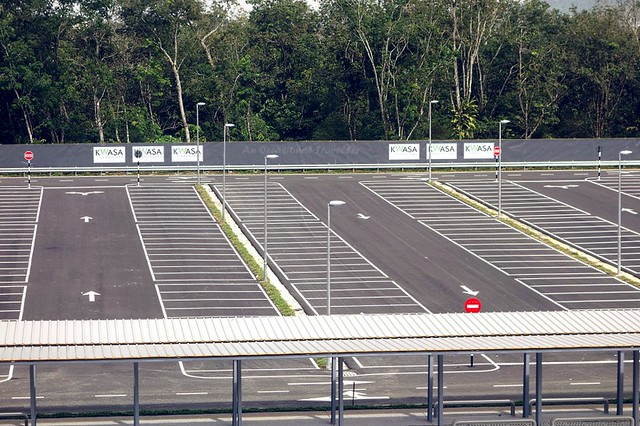 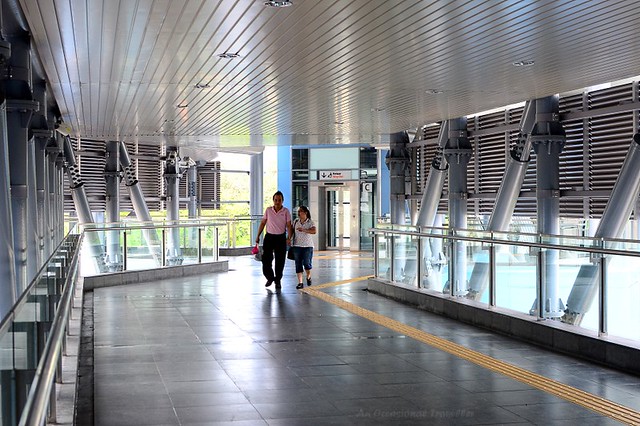 The stations are still lacking in terms of retail outlets.  So far only a few stations have 7-11 opened while Watsons is only at the Pusat Bandar Damansara station. 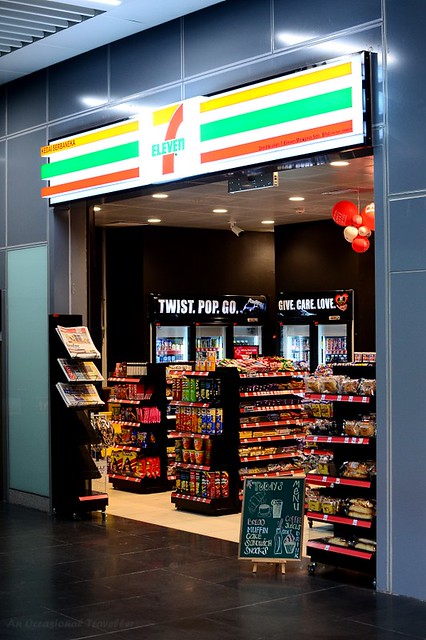 Another area to improve is the directional signage in the stations.  More and larger sized signage should be made available and placed more strategically.  The signage directing to the exits should also be made clearer to assist commuters to the right exit. 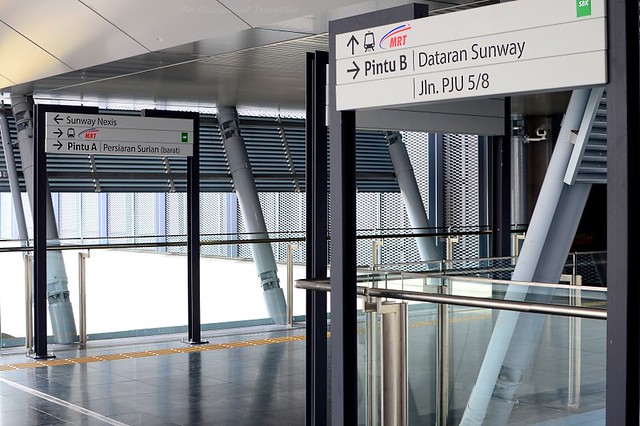 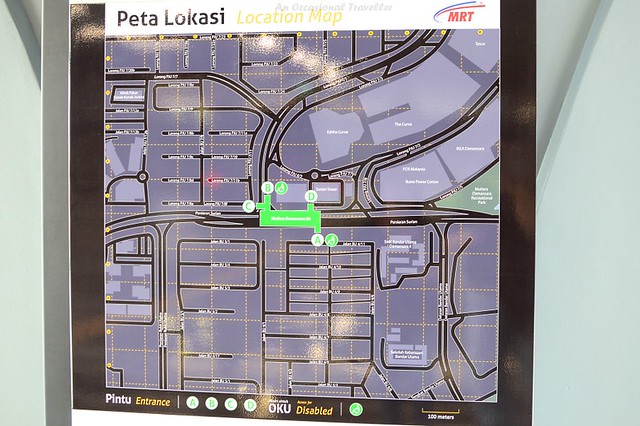 Location map but it is not user friendly

Once Phase 2 is completed and open for service in July 2017, commuters in Klang Valley will have better access to an efficient public transport and connectivity to the existing rail transit networks.  Meantime, do take the opportunity to check out the new and efficient MRT while it is FREE! :).