Milford Sound is one of the most visited tourist destinations in New Zealand. Visiting New Zealand without going to the sound is like travelling to Paris without seeing the Eiffel Tower.  Located within Fiordland National Park, Piopiotahi Marine Reserve and the Te Wahipounamu World Heritage site, the sound was carved out by glaciers during the ice age. 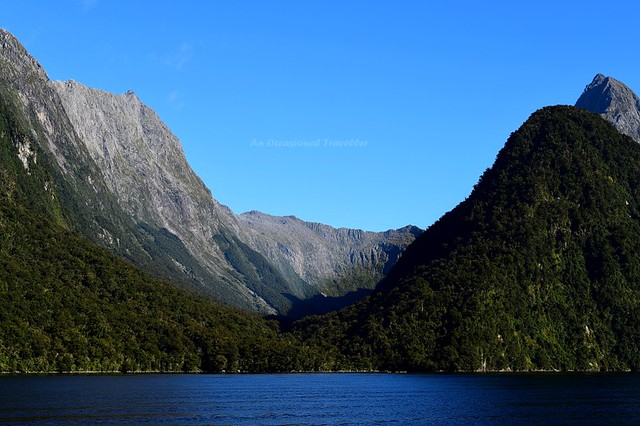 Queenstown and Te Anau are the nearest launching pads for day trips to Milford Sound on coach tours.  However, we chose to self-drive instead for greater flexibility.  We started from Knobs Flat to catch an early boat cruise of the sound.  The early cruises are less crowded as the tour coaches have yet to arrive.

Considering Milford Sound averages 182 days of annual rainfall, we got lucky with the weather.  We had glorious blue skies and the sun was shining brightly during our visit.  We booked the 3 hour Encounter More Cruise with Southern Discoveries which includes entry to the Milford Discovery Centre & Underwater Observatory. 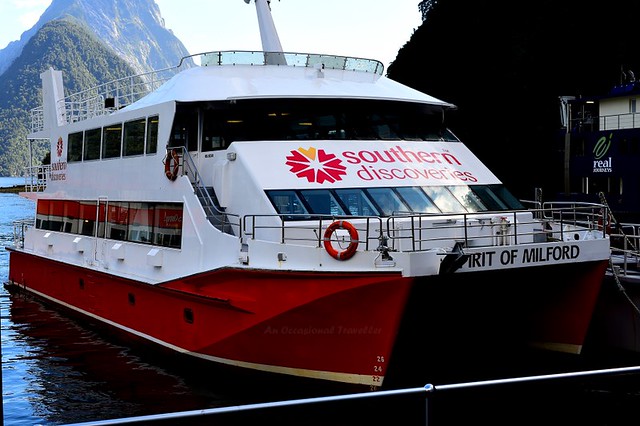 One of the boats operated by Southern Discoveries

The scenery and landscape was just as beautiful as I remembered it.  Throughout the cruise, tall mountain cliffs surrounded us with Mitre Peak being the highest, at 1,692m.  Due to the heavy rainfall, trees and plants managed to grow on these steep rock mountain cliffs. 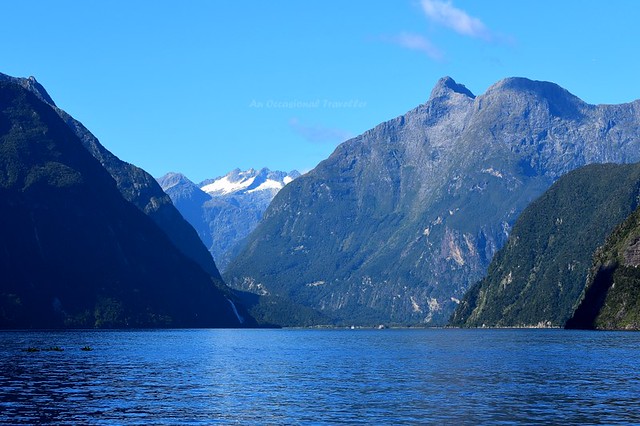 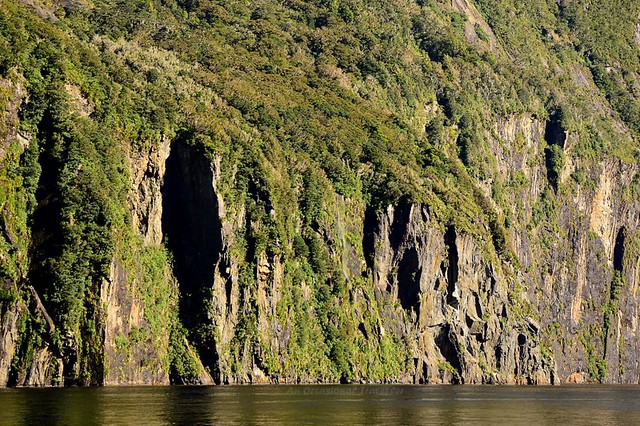 These openings on the mountain wall are cut by the glaciers

Many temporary waterfalls were formed from the few rainy days prior to our visit and water was gushing down on the two permanent Bowen and Stirling waterfalls. Because of the steep mountain walls, the boat can get really close to the Stirling waterfall for a splashing time for those who were brave enough to be at the bow of the boat! 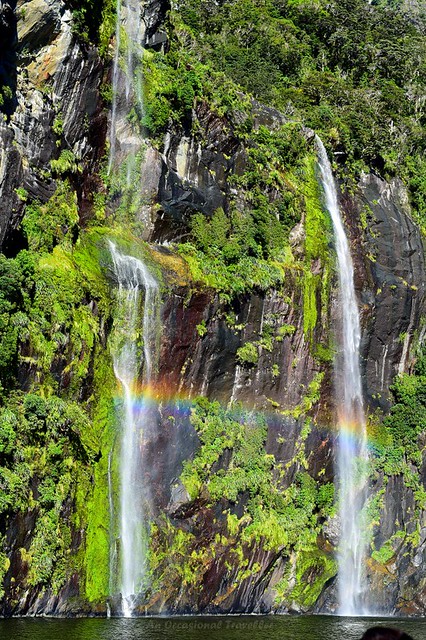 Rainbow over a double waterfalls 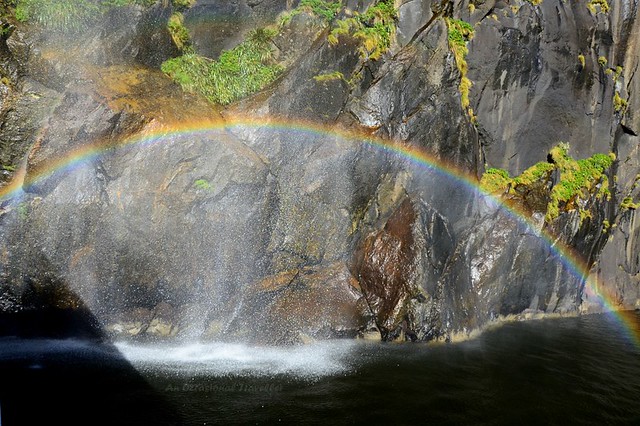 It’s not uncommon to see rainbow in Milford Sound

Another highlight of the cruise was the close encounter with the fur seals resting on the rocks oblivious to the attention they attract. 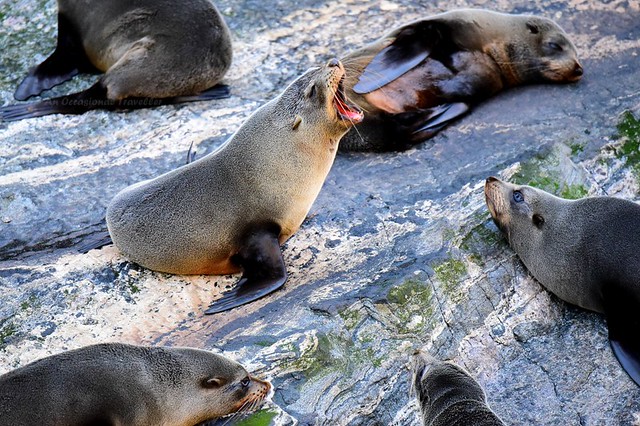 Fur seals resting on rock. They look like sea lions to my untrained eyes

Before heading back to port, the cruise stopped at the Milford Discovery Centre & Underwater Observatory for us to observe the rich marine life, colourful sea creatures and the rare black coral 10m underwater. 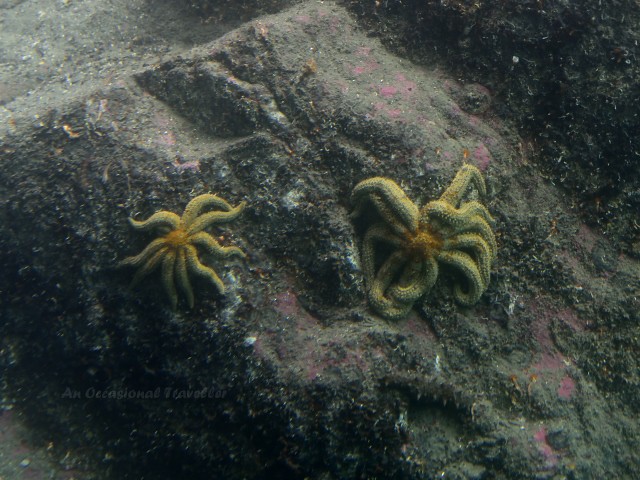 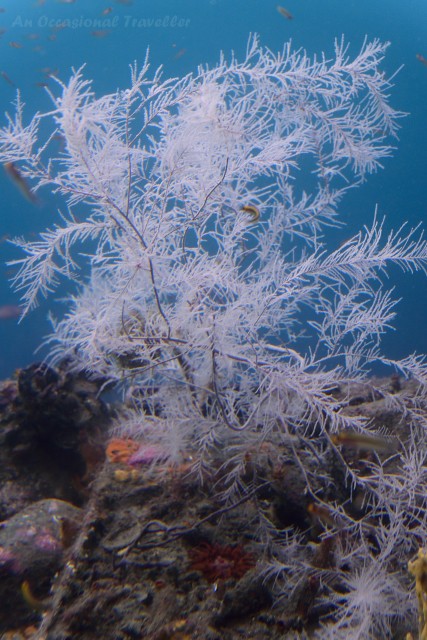 Black coral which is not black but white!

For the active and adventurous traveller, kayaking the sound is another option to explore this nature’s wonder.  Another great way of seeing the magnificent sound is from the air in a helicopter. 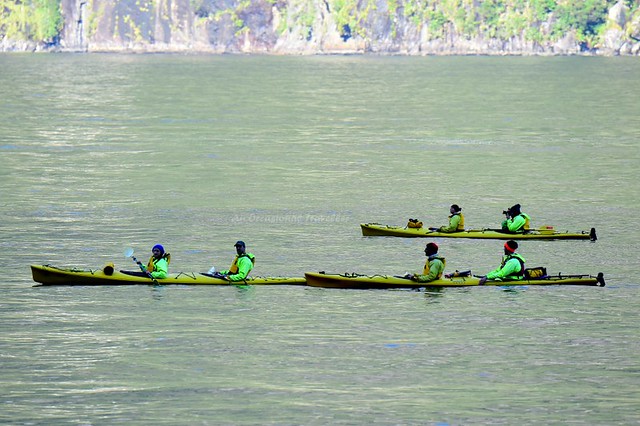 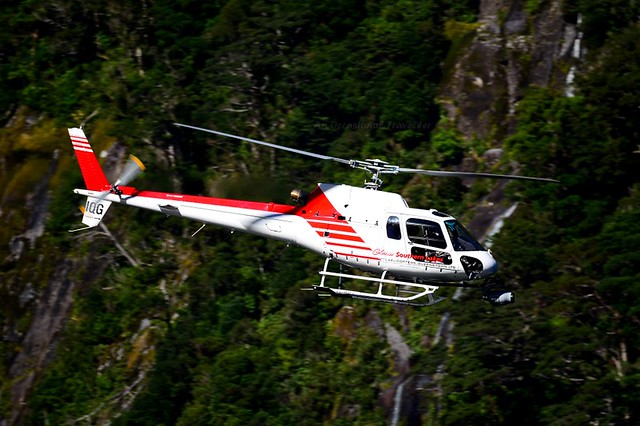 If you can afford it, why not take a heli tour of Milford Sound

On the way back to Te Anau, we stopped at The Chasm.  We walked the short distance to a dramatic view of powerful waterfalls plunging down through a narrow chasm. 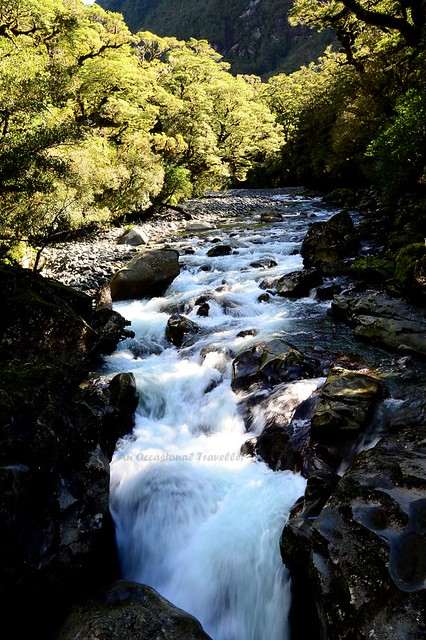 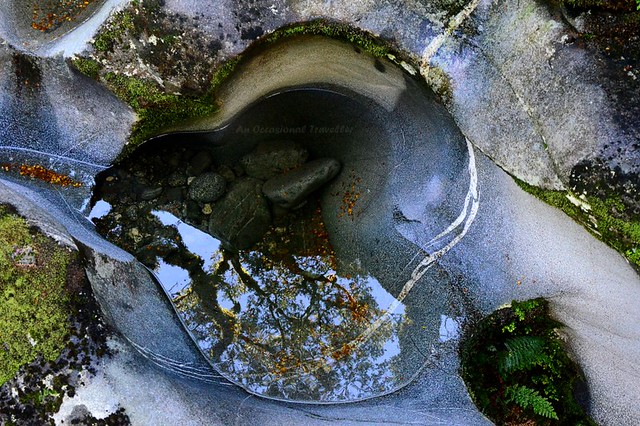 Potholes on rocks are a feature of The Chasm

Our last stop was a hike to the Lake Marian Falls.  The trek crosses the Hollyford River on a swing bridge and passes through silver beech forest.  A spectacular series of waterfalls greeted us after about 15 minutes.  We decided against continuing to Lake Marian as we wanted to avoid driving to Te Anau after sunset. 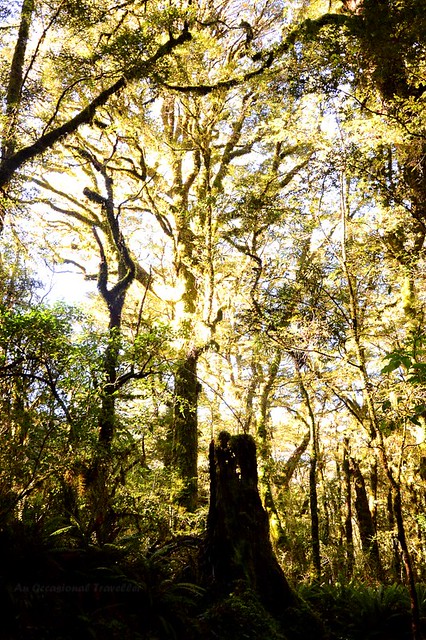 Silver beech forest on the way to Lake Marian Falls 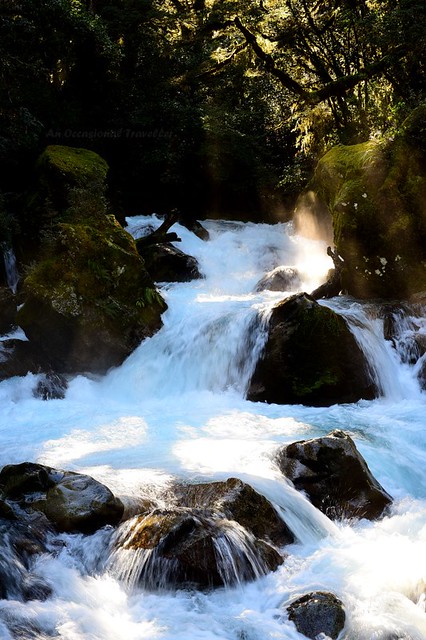 I thoroughly enjoyed my second visit to Milford Sound and rediscovered its beauty.  No wonder it’s one of world’s top travel destinations.