I first did a self-drive to Milford Sound in 2002 with a female friend.  Back then, trip research and planning was mainly done offline as the internet was still not as pervasive as it is today.  Armed with the little information we got, we self-drove to Milford Sound from Queenstown.  We started very early and returned safely to Te Anau after Milford Sound.

We did make one rookie mistake, though – not filling up the petrol tank at Te Anau, as there are no petrol stations along the way until Milford Sound.  We didn’t have enough petrol to make our way back from Milford Sound!  Fortunately, there was a small self service petrol kiosk in Milford Sound for us to refill our tank……… phew!  The petrol kiosk is still operational but the pumps only accept credit card payments.

While researching for my recent (2016) trip, I read a lot of advice on Tripadvisor for tourists to take a coach tour instead of self-drive for safety reasons.  However, after much deliberation and remembering that the road to Milford Sound was not such a difficult drive, we opted for self-drive for more flexibility.

My drive began in Dunedin just after 9 am and we arrived at Te Anau in time for lunch.   As there is no town after Te Anau, we stocked up on petrol and groceries before continuing our way to Knobs Flat, our accommodation for the night.

The drive from Te Anau to Knobs Flat was relatively easy and traffic was light.  Most of the traffic was from the opposite direction.  We drove on a mix of undulating, straight and winding roads.  At certain stretches, it really felt like one is in no man’s land. 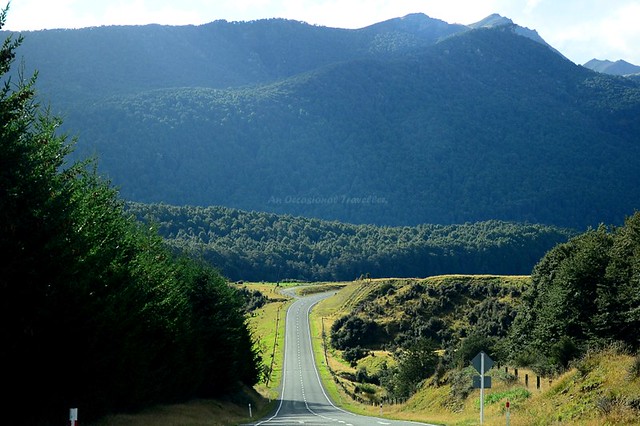 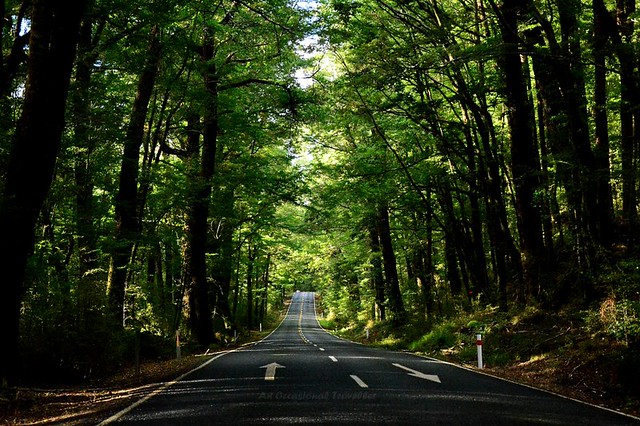 A shaded section of the road

The scenery though is a major distraction!  So be prepared to allocate time for stops along the way to enjoy the scenery.  Just make sure you stop at proper designated stops for your own and other road users’ safety.  We stopped briefly at the Eglington Valley Viewpoint and took a short stroll at Mirror Lake. 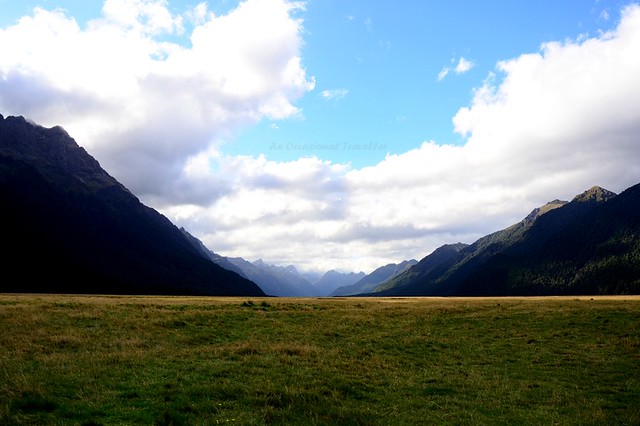 Scenery from the Eglington Valley Viewpoint 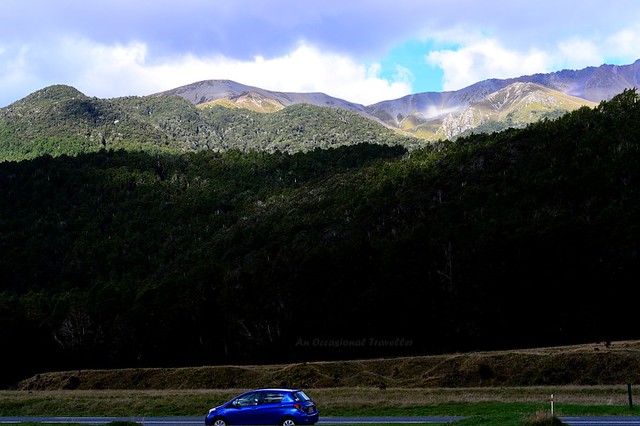 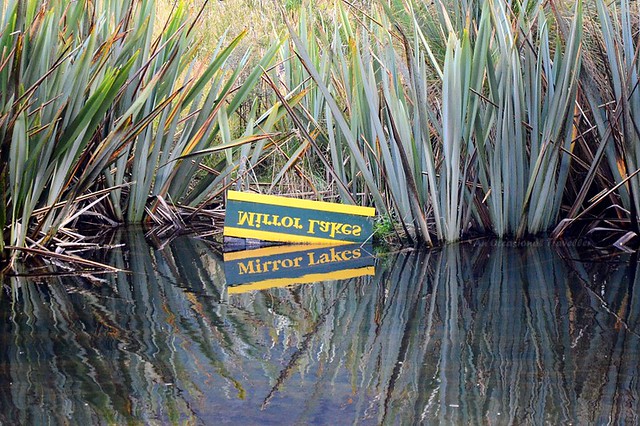 Mirror Lakes, another interesting spot worth a stop on the way to Milford Sound 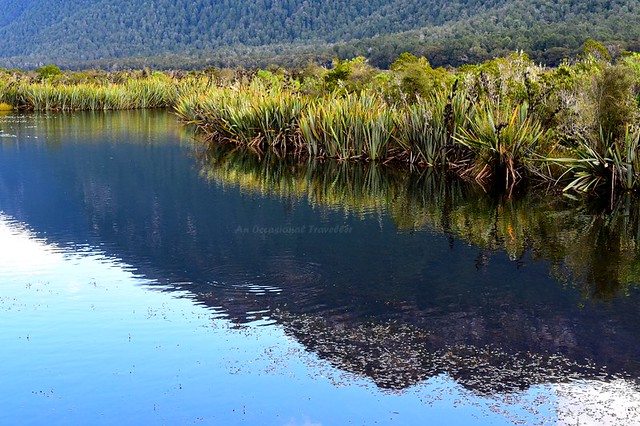 Mirror image of the mountains range on the lake 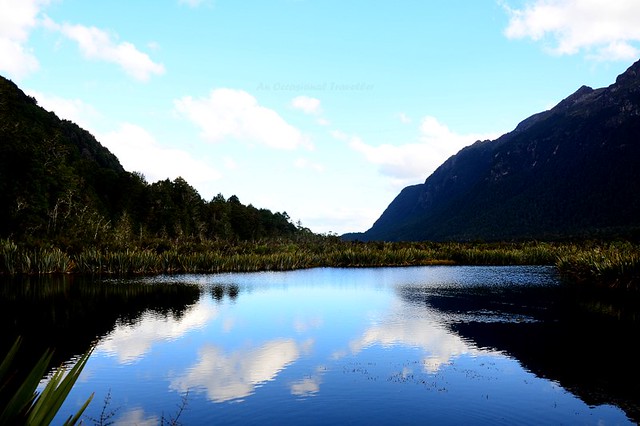 The next morning, we checked out and left Knobs Flat just after 8 am for Milford Sound.  After a frosty night (temperatures fell to below freezing), it was still misty but the road was quite empty.  We didn’t encounter much traffic and there was no tourist coach or bus in sight. 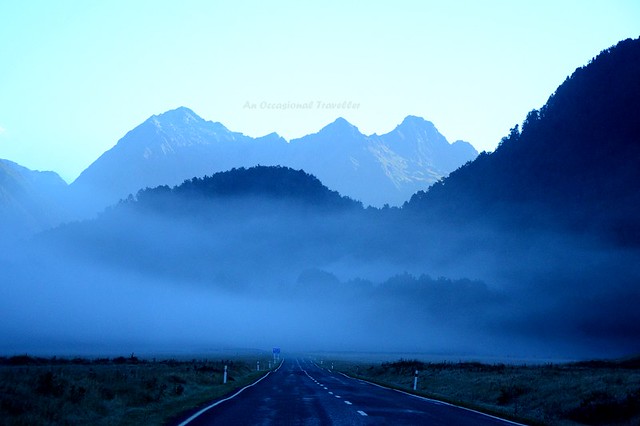 Starting our journey to Milford Sound on a misty morning

The drive was generally easy and the landscape is more of mountainous all around.  The drive became more difficult as we neared Homer Tunnel.  As we were surrounded by hills, the road gradients were steeper and we had to negotiate many bends. 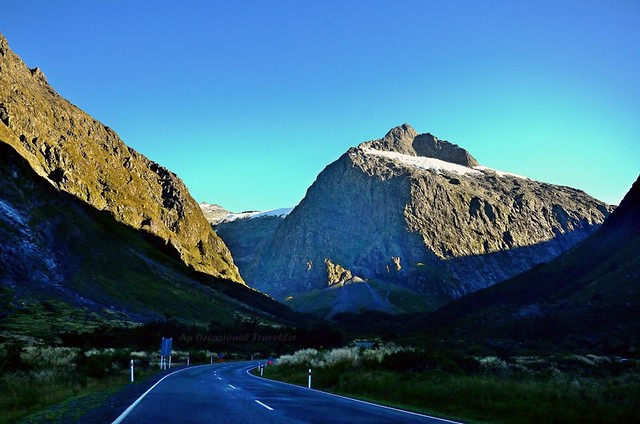 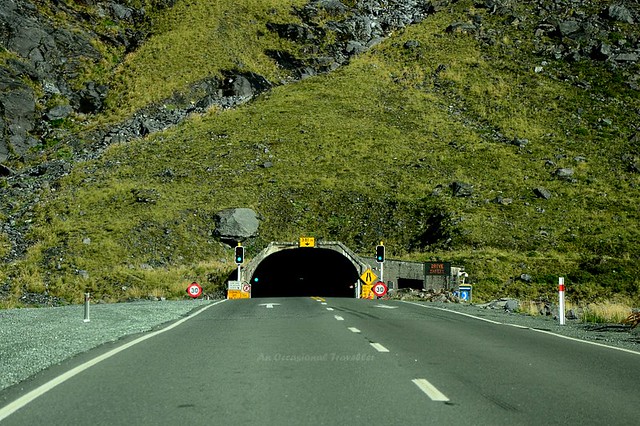 There are more hairpin turns and the road is descending after passing the tunnel.  It is important that one follows the advisory speed limits and observe all road signs.  Most importantly, stop only at safe and designated stops. 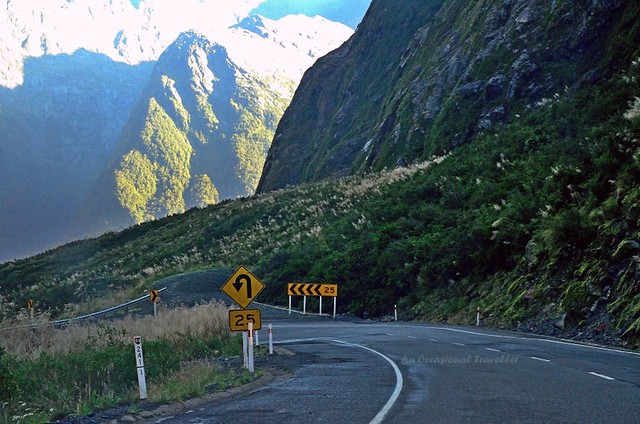 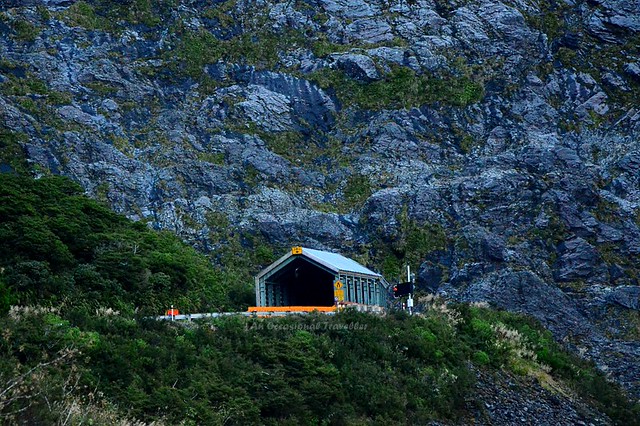 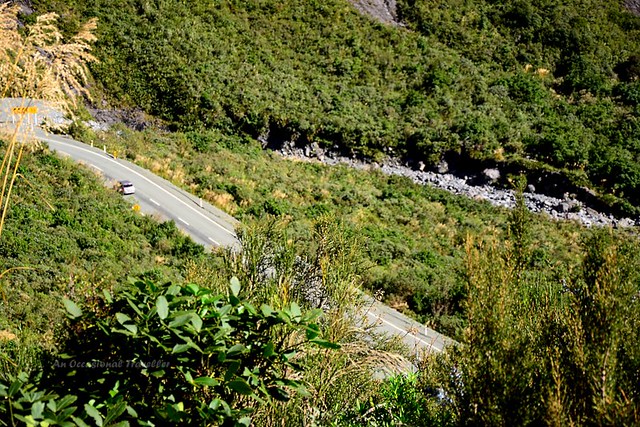 The hilly stretch of the road 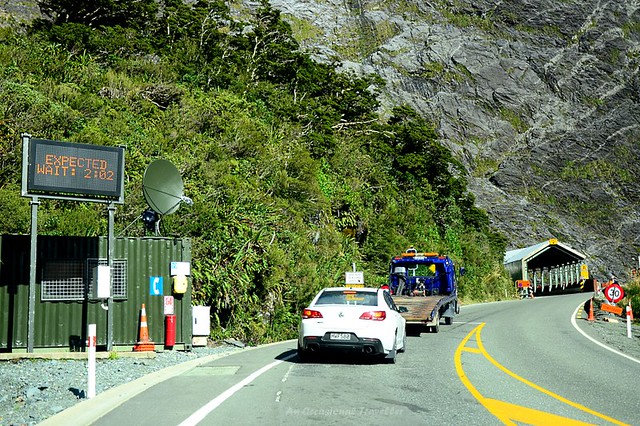 We reached Milford Sound after an hour and 15 minutes drive with a brief stop at the Hollyford Valley Lookout.

After driving two return trips to Milford Sound, I do think that it is not difficult to self-drive even for a first timer as the roads are well maintained and very well signposted.

Here are a few important points to note for a safe and enjoyable drive to and from Milford Sound. Do note that road conditions may vary at different times of the year and that driving in winter may not be as easy, especially for those who are not used to driving in cold and wintry conditions:

Happy planning and have a safe and enjoyable trip to Milford Sound.