Yehliu Geopark (野柳地质公园) is located along a cape in Wanli District (万里区) on the north coast of Taiwan.  This 1,700 meter long cape is famous for its fascinating rocks and stones formation.

One can easily travel to the park from Taipei.  Just take KuoKuang (國光) bus 1815 from Taipei West Bus Station Terminal A and the scenic drive takes about 90 minutes. 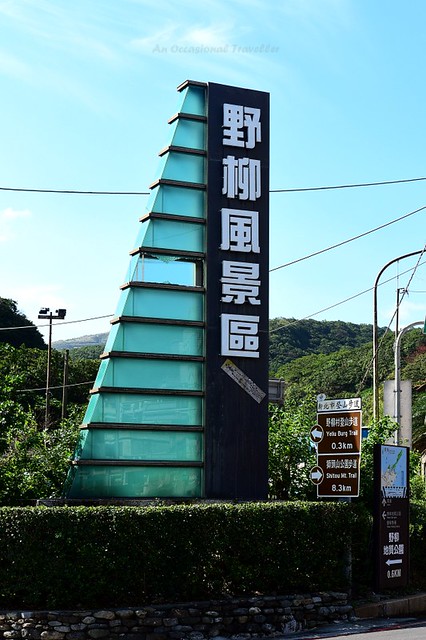 This is where you should alight from the bus

From the bus stop on the main road, it’s another 10 minutes’ walk to the park through Yehliu Fishing Port and town passing by fishing boats, many seafood restaurants and shops selling seafood produce. 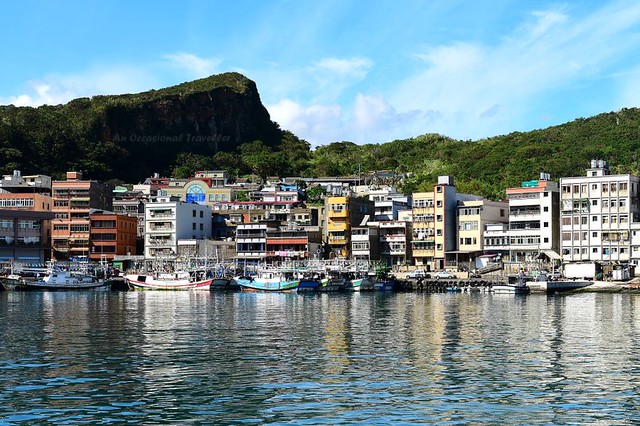 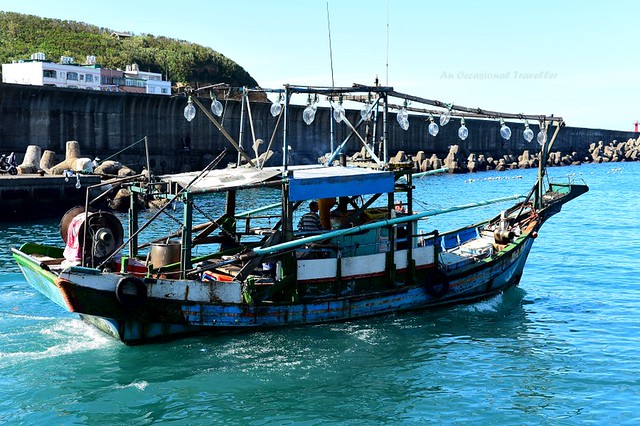 A fishing boat going out to sea 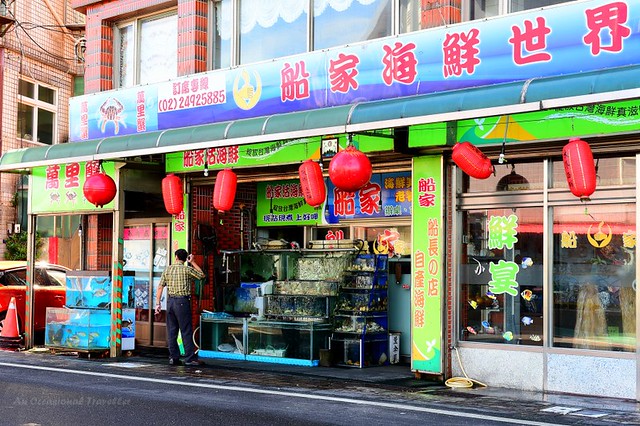 One of the many seafood restaurants in town

As Yehliu Geopark is one of the most famous tourist attractions in Taiwan, it attracts busloads of tourists daily, so the place was quite crowded when we visited. 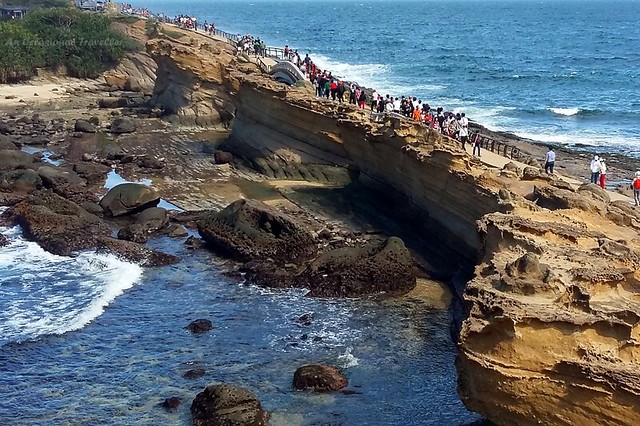 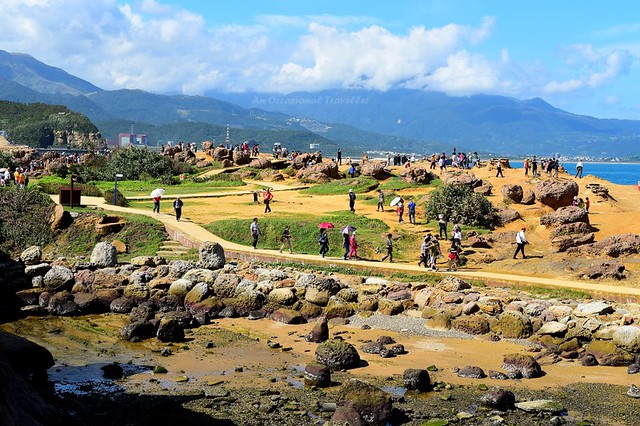 Another view of Yehliu Geopark

Long periods of erosion from the seawater, waves, wind, earth movement and weathering resulted in the rocks and stones being sculpted into various interesting and unique shapes.  A number of these rocks are given names based on their shapes such as Mushroom Rock, Ginger Rock (姜石), Peanut Rock and Candle Rock (烛台石). 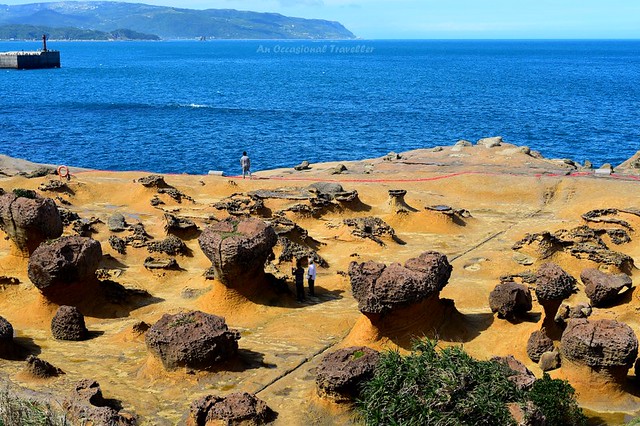 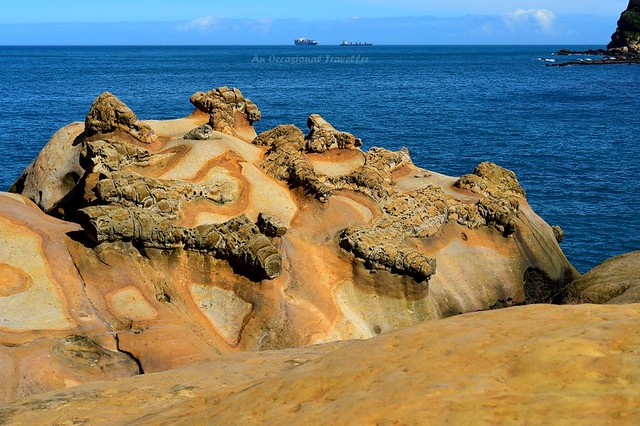 Honeycomb stones, rocks where the surface is filled with holes of different shapes and sizes can also be seen in the park. 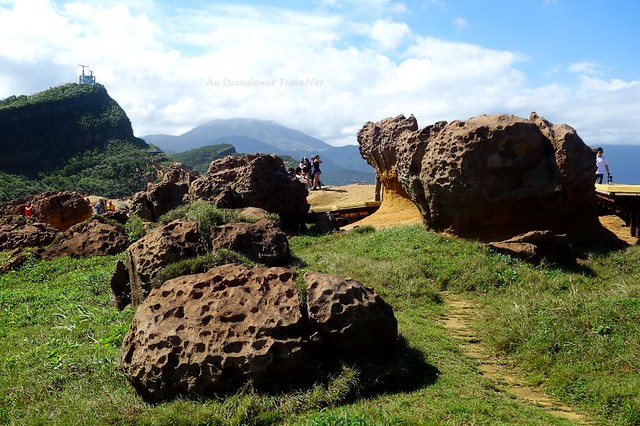 A field of honeycomb stones 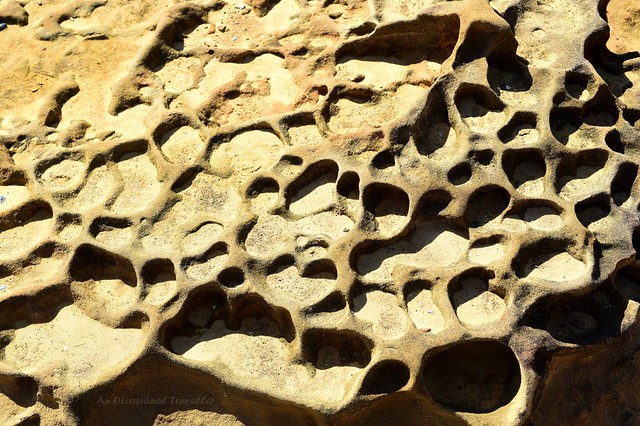 Apart from the natural rock formations, fossils with interesting patterns litter the landscape. 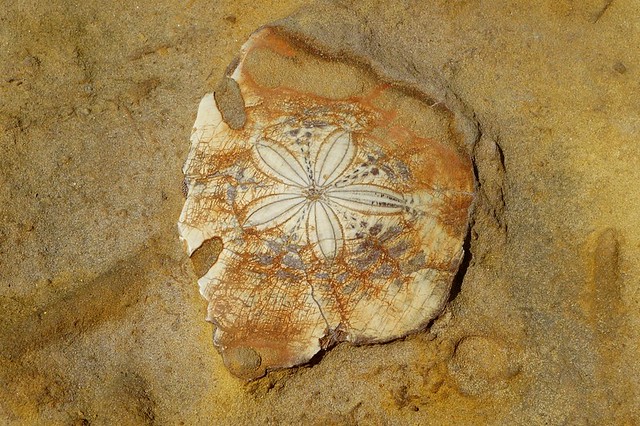 A partially exposed fossil with a flower pattern

The area nearer to the coastline is where visitors to the park will head to as this is where the iconic Queen’s Head Rock (女王头) is found.  The Queen’s Head Rock resembles the head of an Egyptian Queen. As the rock is a treasured symbol of Taiwan, visitors can only see it from afar but be prepared to queue if you want a photo session with the ‘Queen’. 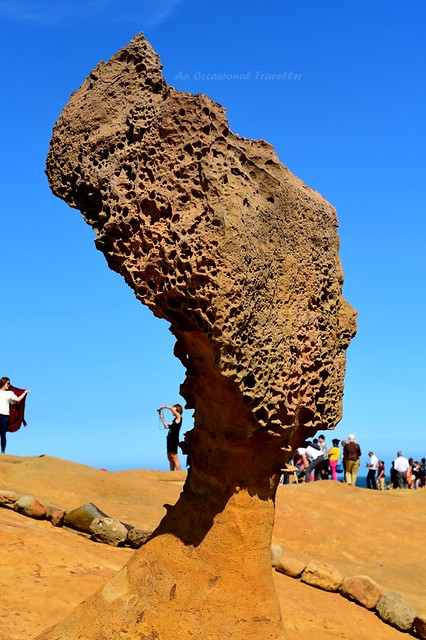 Erosion continues to chip away at the Queen’s Head reducing the circumference of her neck and it’s predicted that the neck will eventually break off.  Hence efforts are underway to find a way to save this famous sight. 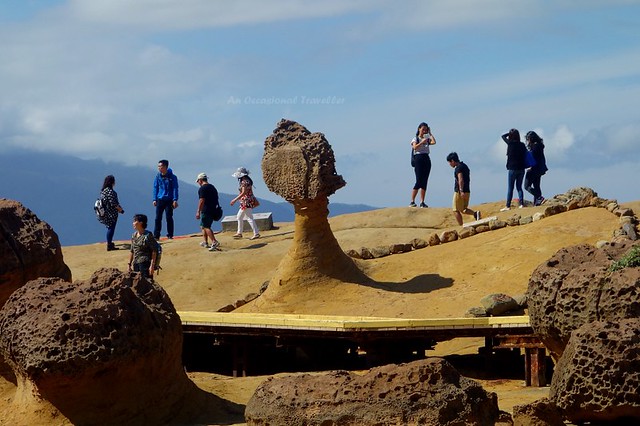 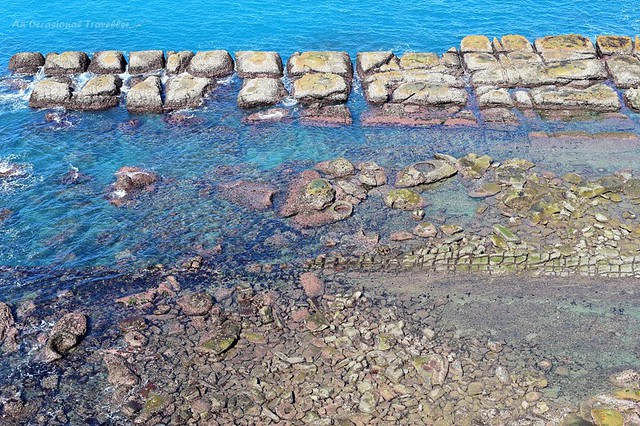 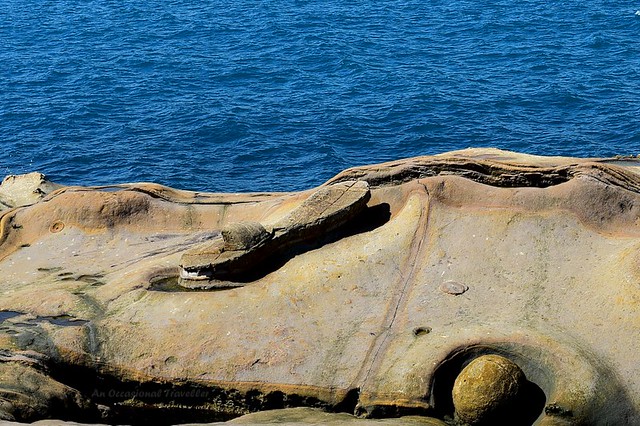 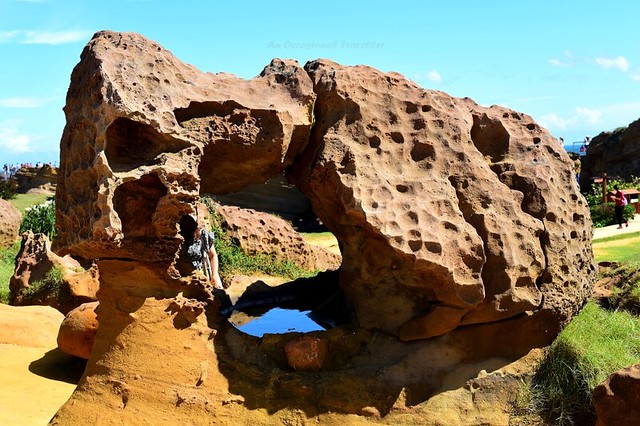 On our way out, we stopped by the statue of Mr Lin Tien Jane.  He lost his life trying to save a student that was swept to sea by the strong waves.  Unfortunately both of them perished.  The statue was built in memory of this brave fisherman. 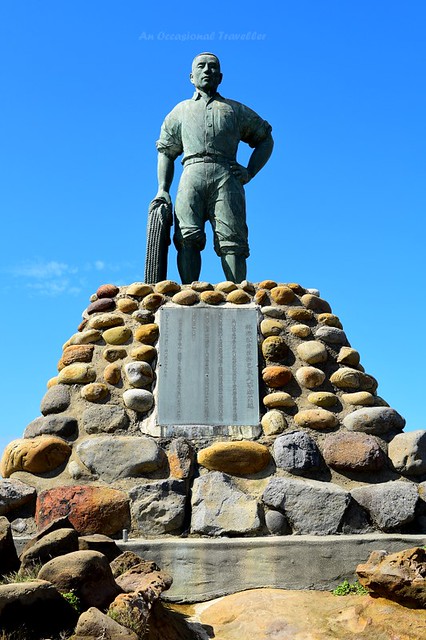 Do allocate at least 2 hours to properly explore the park and give it 3 hours if you want to explore the wave-cut platform area to see the lighthouse, 24-filial piety hill, Pearl Rock and Marine Rock. 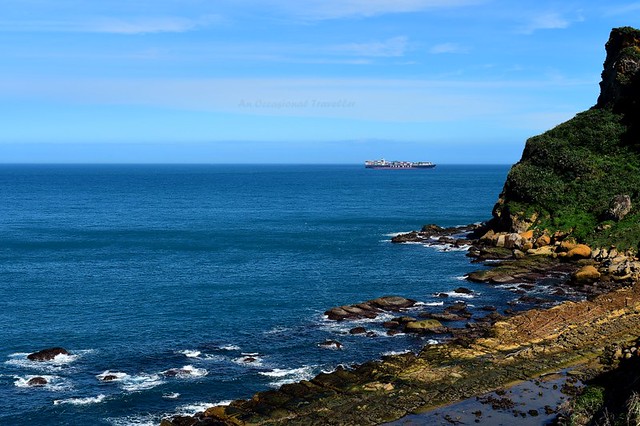 View from the wave-cut platform area