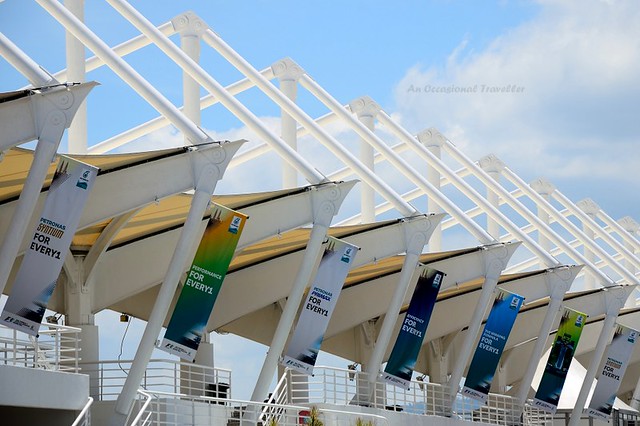 Petronas is the main sponsor of the Malaysian Grand Prix 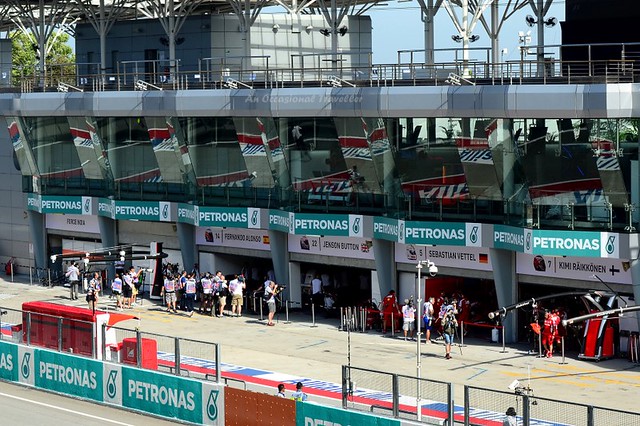 View of the paddock

The Sepang Circuit is already starting to show its age.  It really needs some repair and upgrading work as there are holes on a section of the roof and some of the seats are broken. I also noticed that the organiser was still putting up the finishing touches on Friday, the day of the practise.  There were also very few activities to attract visitors, worse still some of the activity booths were still closed or empty when we arrived in the morning.  I must say the Malaysian Grand Prix is a pale comparison to the Japanese Grand Prix and the Australian Grand Prix that I have attended. 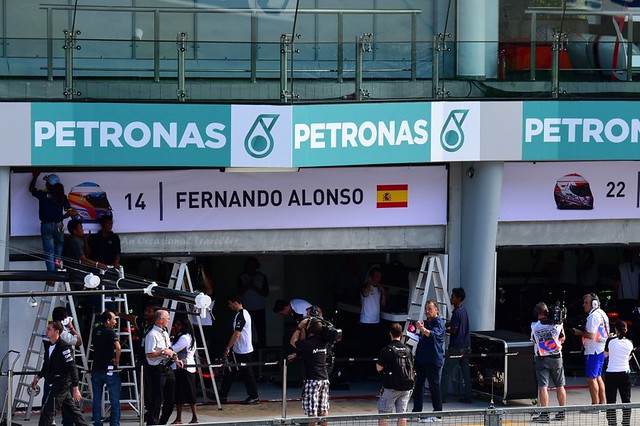 Workers putting up finishing touches at the McLaren’s pit

But I guess for the true Formula 1 fans, it’s the track action that matters and there were plenty of it on that day. 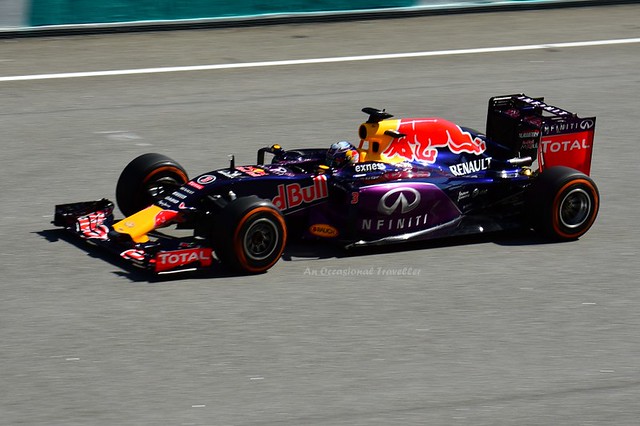 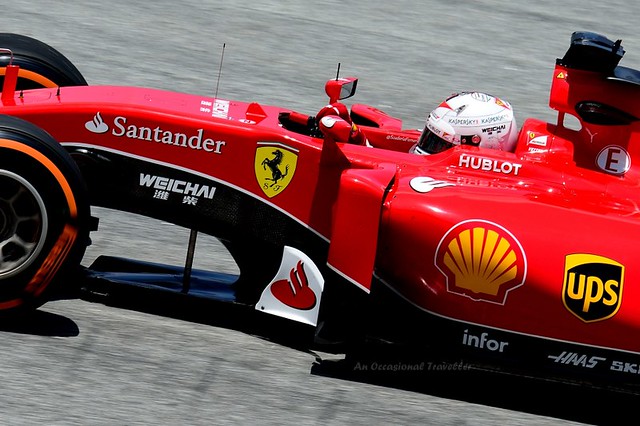 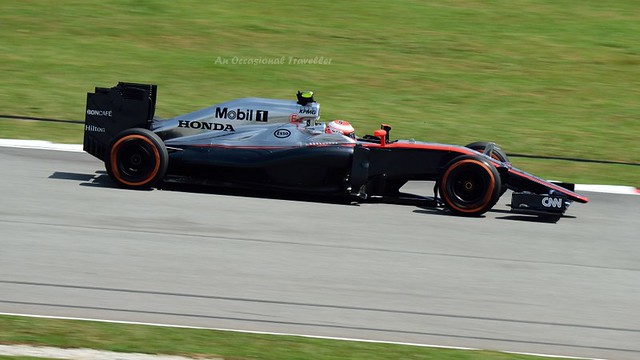 My favourite team, McLaren. Unfortunately they are not doing well this year with the new Honda engine 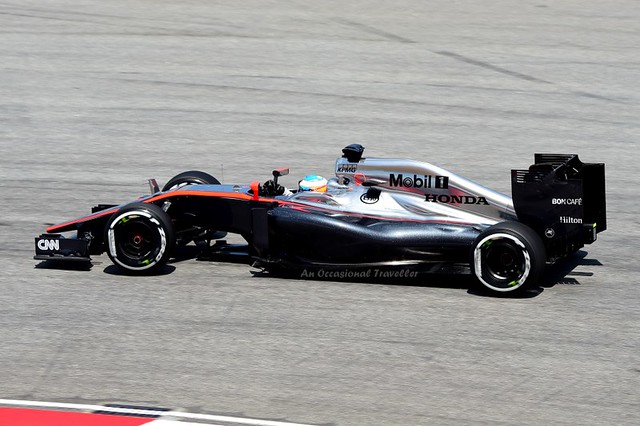 Some of the drivers were pushing their cars hard to test the limits of the car. 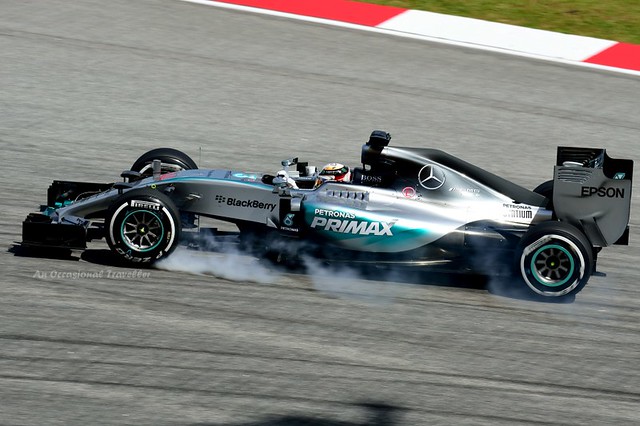 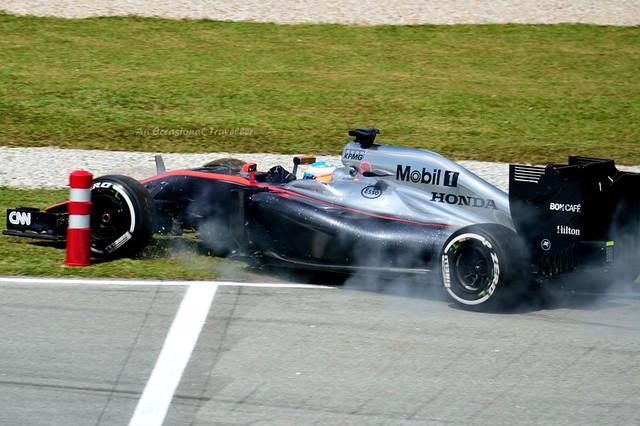 While the drivers were busy on the track, there was other action off the track for the fans as well. 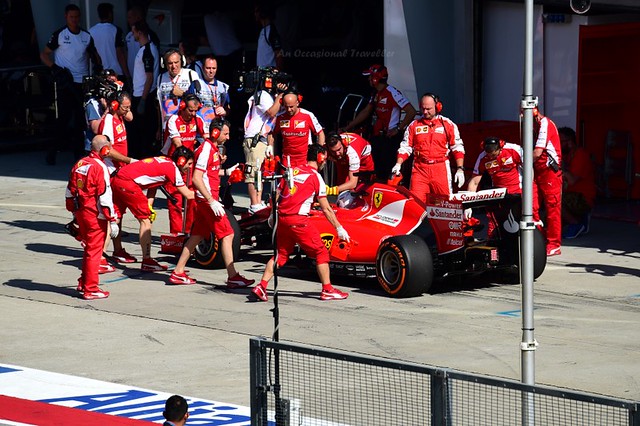 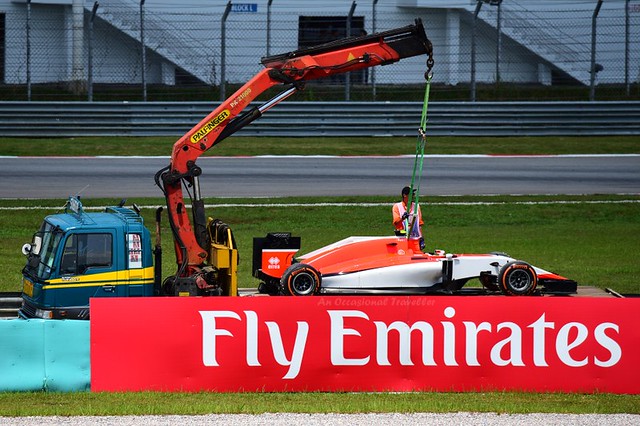 A Marussia car being transported back to the pits 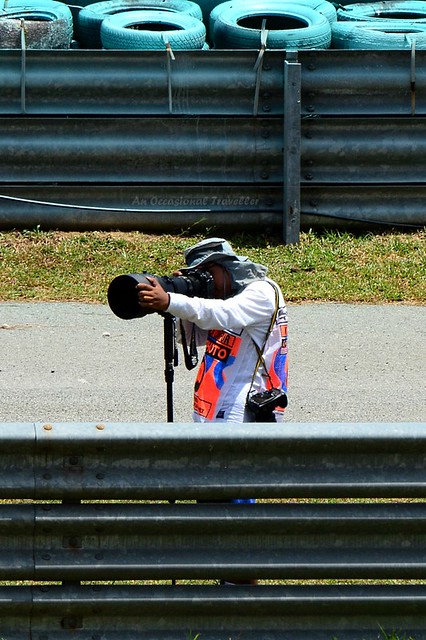 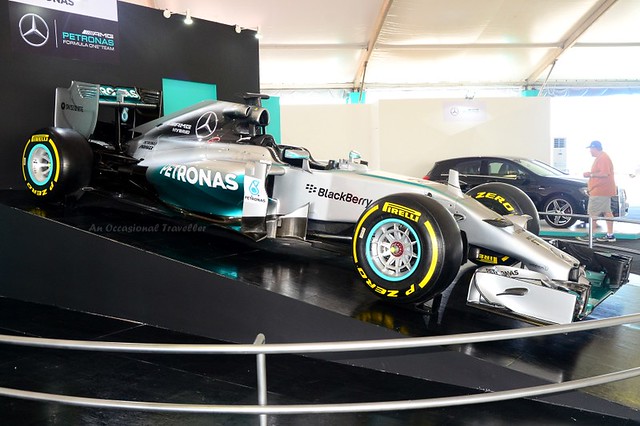 Hungry fans can satisfy their hunger from a limited selection of food stalls, one of which is satay, a popular Malaysian dish. 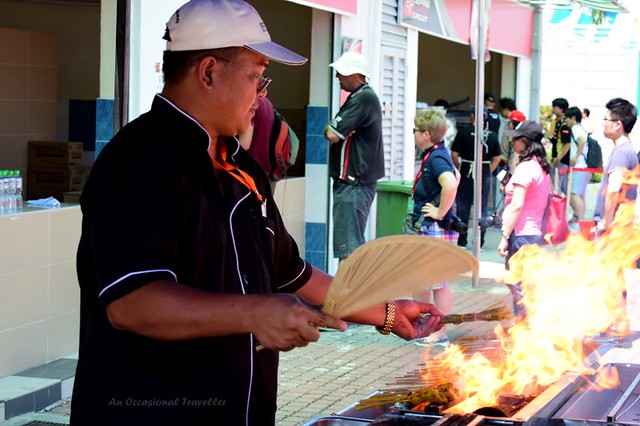 The satay man busy dishing out satay to hungry patrons

Personally, I think the Australian Grand Prix is still the best so far as the venue is easier to access and there are more activities and events lined-up for visitors.