Though I visit Singapore often, I have never visited Chinatown till very recently and that is when I discovered the existence of the Buddha Tooth Relic Temple and Museum. 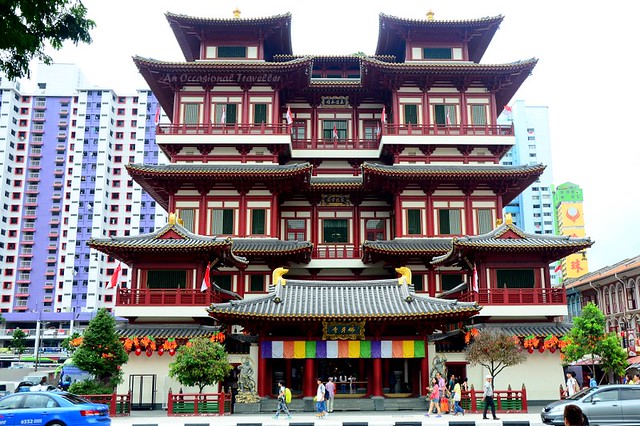 Completed in 2007, this beautiful four storey temple is built in the Tang Dynasty architecture style when Buddhism flourished in China.  As the name suggests, the temple houses a relic, a tooth from Buddha. 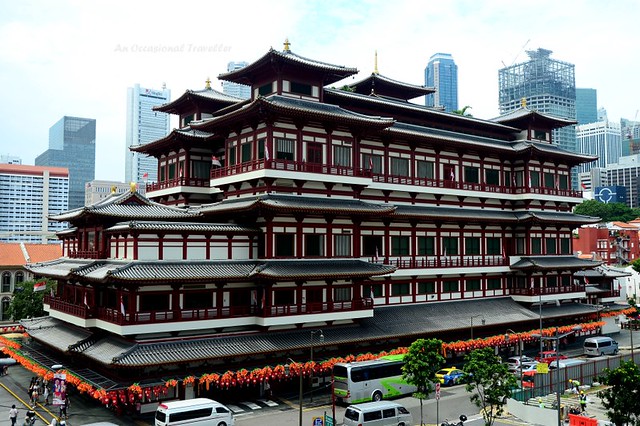 Since its opening, the temple is not only visited by tourists but devout locals also come here to pray, make offerings and meditate.  There was a prayer ceremony in the Hundred Dragons Hall (百龙宝殿) when I visited the temple. 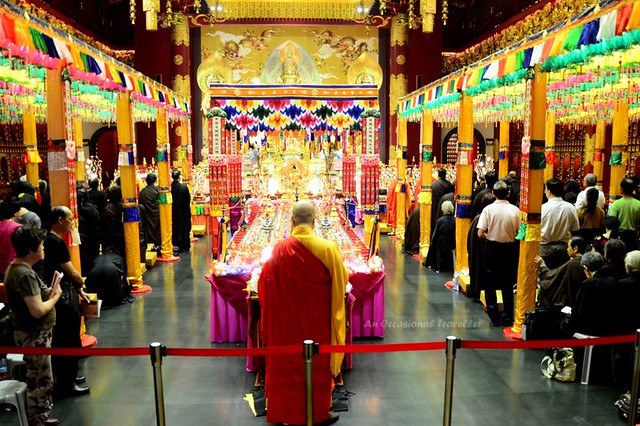 I entered the temple on Banda Street into Universal Wisdom Hall.  The moment I stepped into the temple, it was so serene and peaceful, a stark contrast to the hustle and bustle scene I left behind. 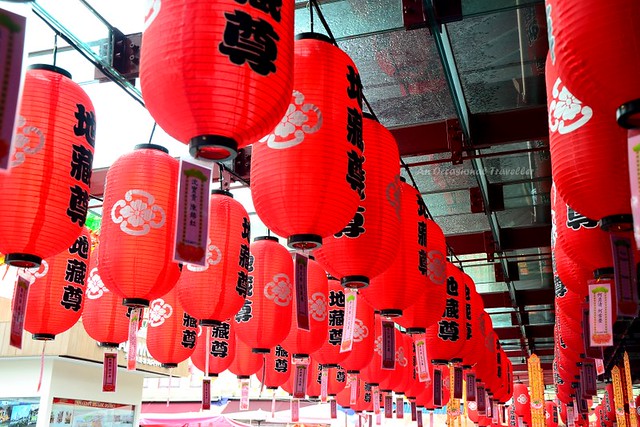 Red tanglungs at the temple entrance

On the main altar is a handcrafted statue of Bodhisattva Avalokitesvara.  Both sides of the walls are filled with small Buddha statues. 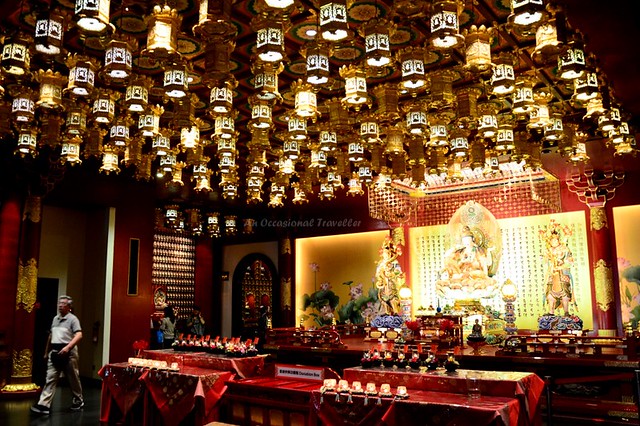 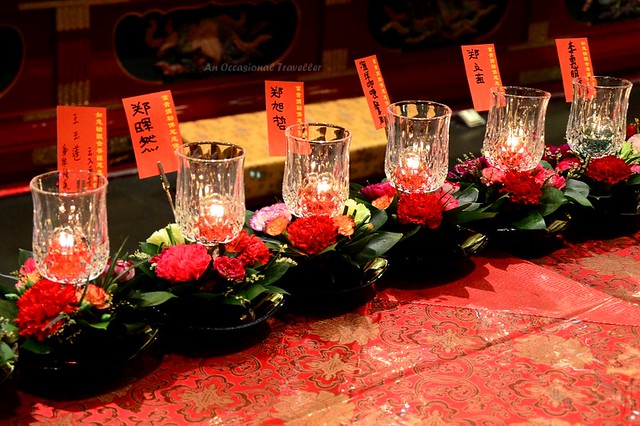 A walkway on the side leads to the Hundred Dragons Hall.  The bigger hall is more impressive and grand with three large Buddha statues.  On the wall behind these statues is a large intricate yellow embroidery of dragons, carp and bats. 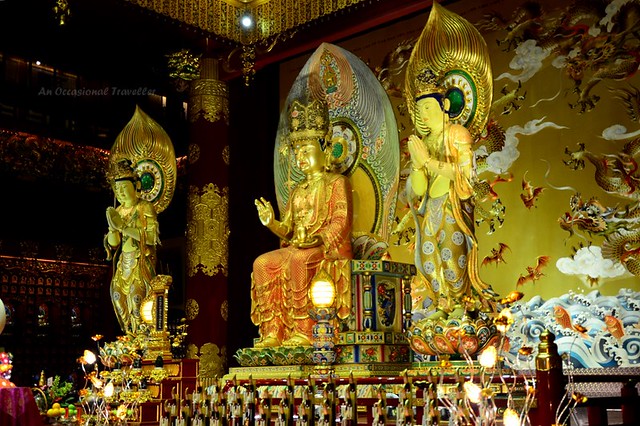 Hanging above the altar is a yellow wooden canopy with a swirling dragon providing shades for the three statues. 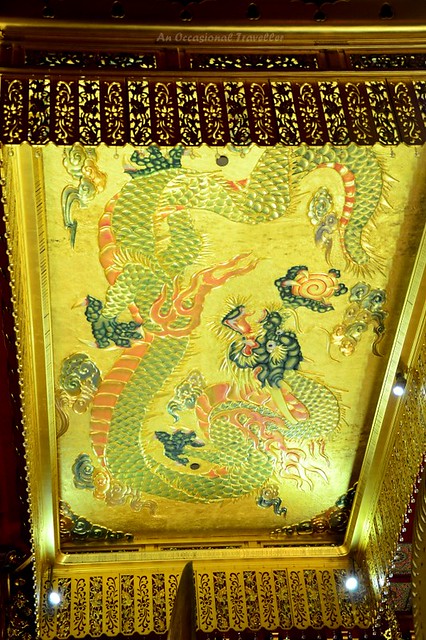 Hundreds of Buddhas with different features filled the walls on both sides of the hall. 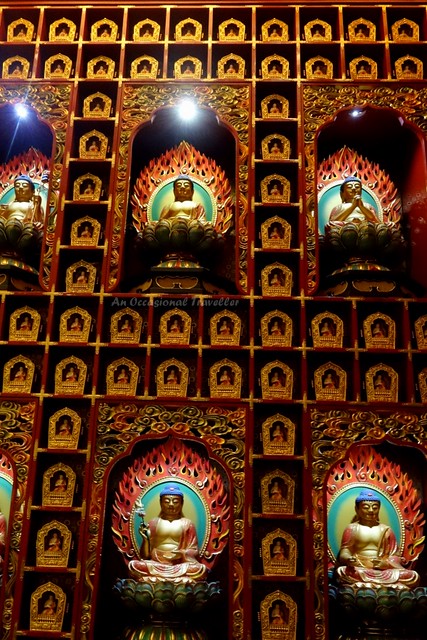 Buddha statues on both sides of the wall 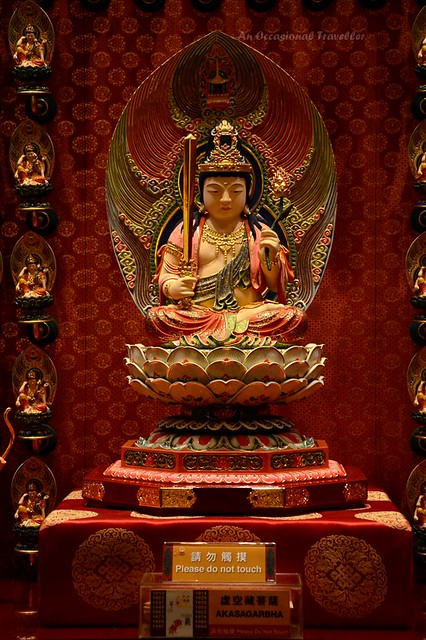 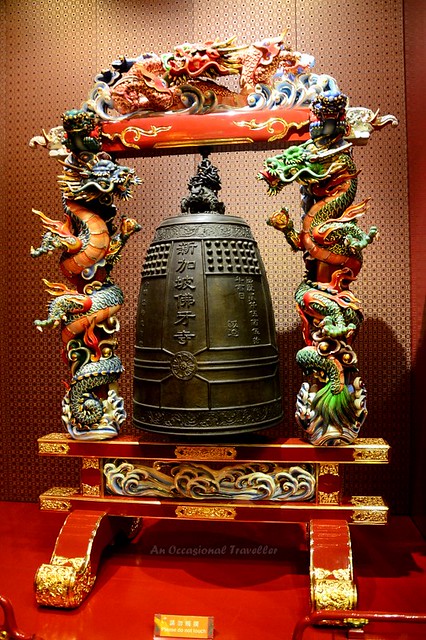 A brass bell in the Hundred Dragons Hall

The Buddha’s tooth is kept in a gold stupa in an inner chamber on the fourth floor.  However visitors can only admire the stupa from afar through a protective glass.  Photography is not permitted as everything in the chamber is made of gold and valuable jewels and gems.

Devotees can come to the outer chamber to pray and meditate; visitors have to be quiet on this floor.

The third floor houses the Buddhist Culture Museum.  The museum has a wide collection of artefacts on Buddhism from all over the world.  These include documents, images, sculptures and statues of Buddha.  A visit to the museum will enlighten one on Buddha’s life and teachings, Buddhism’s rich history and culture. 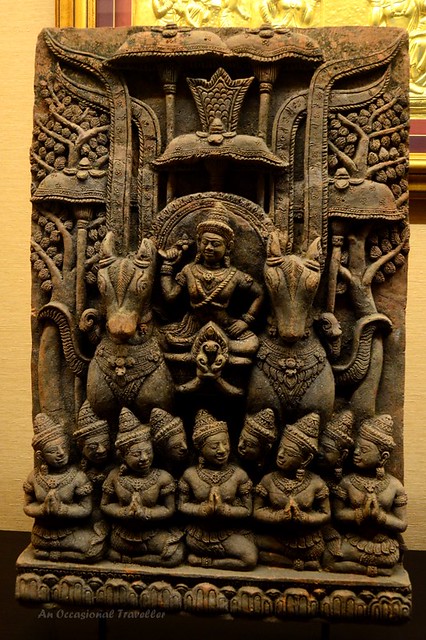 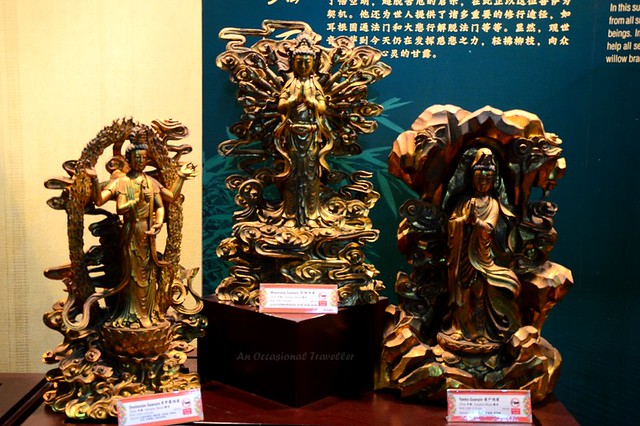 A unique feature of this temple is the nice roof garden with trees and orchid plants. 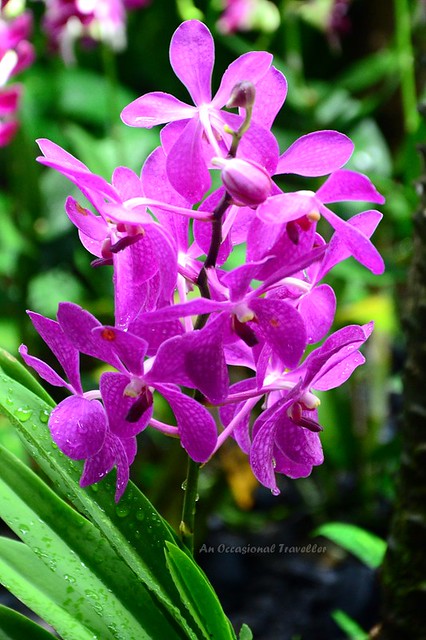 At the centre of the garden is Ten Thousand Buddhas Pagoda which has 10,000 miniature Buddha images on its wall.  The pagoda also houses the large Vairocana Buddha Prayer Wheel. 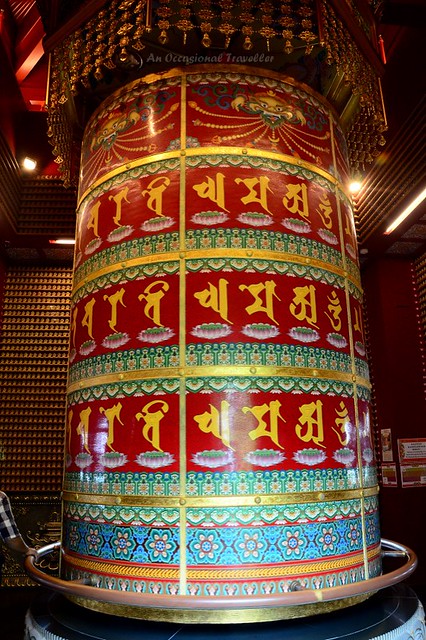 I skipped second storey, Manjushri Hall which houses a gallery of religious calligraphy, paintings and sculptures.

If you happen to visit Chinatown, Singapore, do pay a visit to this temple.