Walking around Kluang town, one can still see a number of pre-World War buildings especially along Jalan Lambak.  Some of these buildings have the year they were built embossed at the top of the building.  Typical of buildings in that era, some even had their business name embossed on the buildings’ exterior. 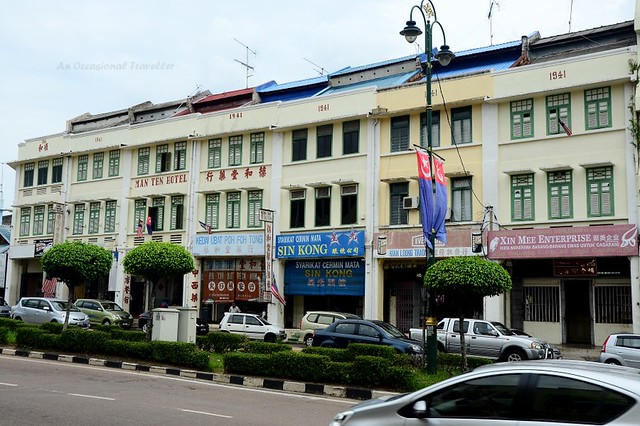 This row of buildings on Jalan Lambak even has carved lion mascots at the top.  Each of these lion mascots are arranged to face different directions. 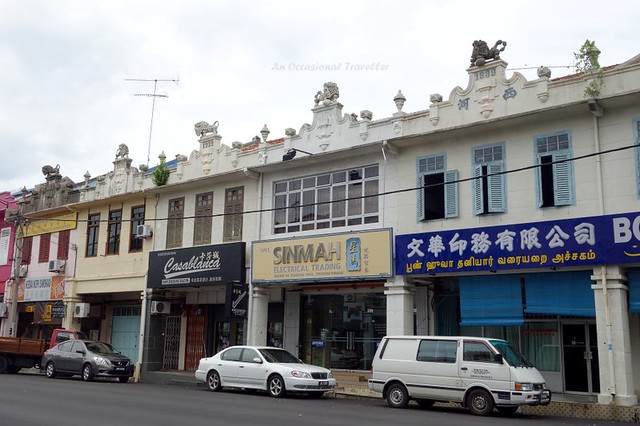 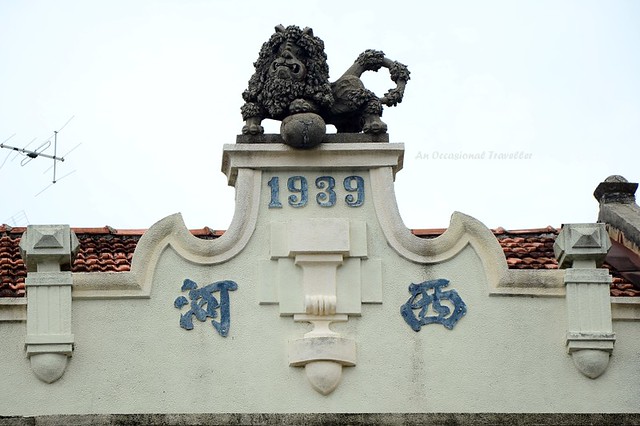 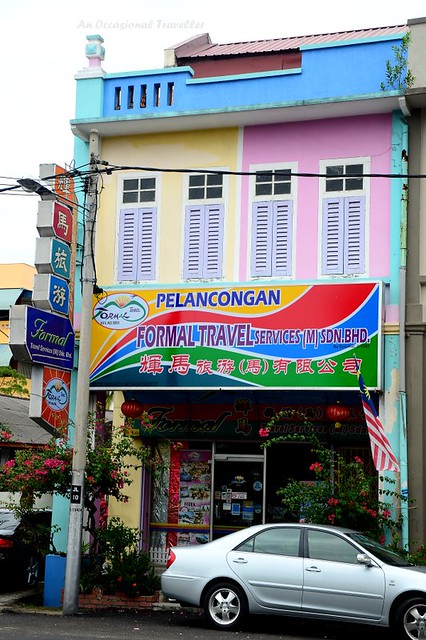 This building attracted my attention with its colourful facade

After a lunch of roast and BBQ pork (叉烧) at Sam Kee BBQ Place, we visited Persatuan Membaiki Akhlak Che Luan Khor (居銮德教会紫銮阁) which is just opposite the restaurant. 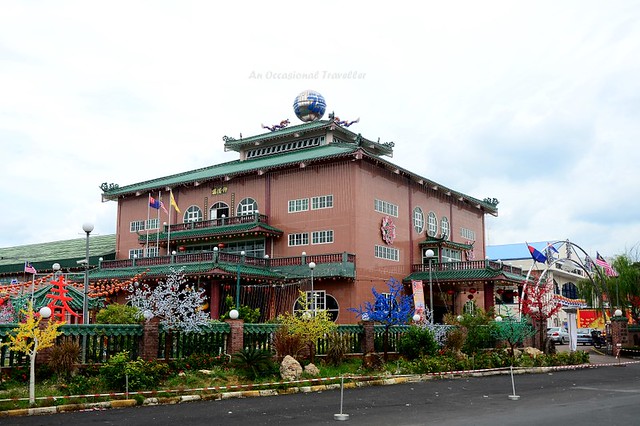 Though not a temple, one can find a statue of Goddess of Mercy (观音菩萨) in the grounds of this centre. 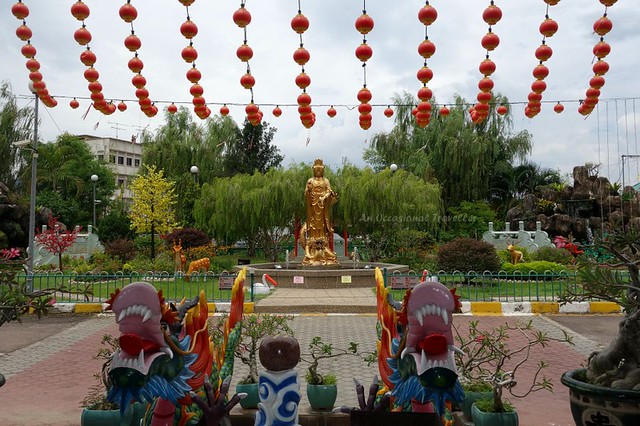 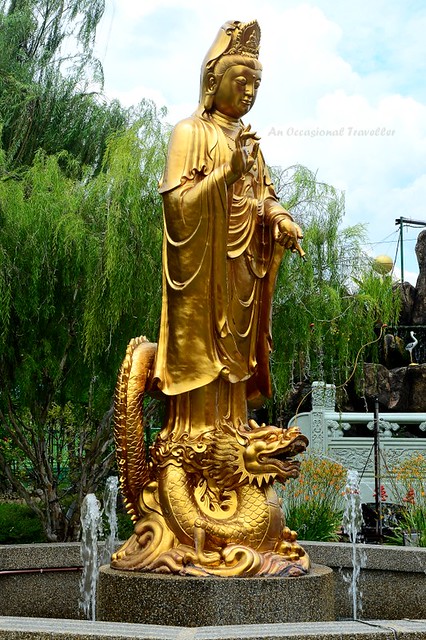 Willow trees surround the Chinese garden with a few pavilions for visitors to take a rest. 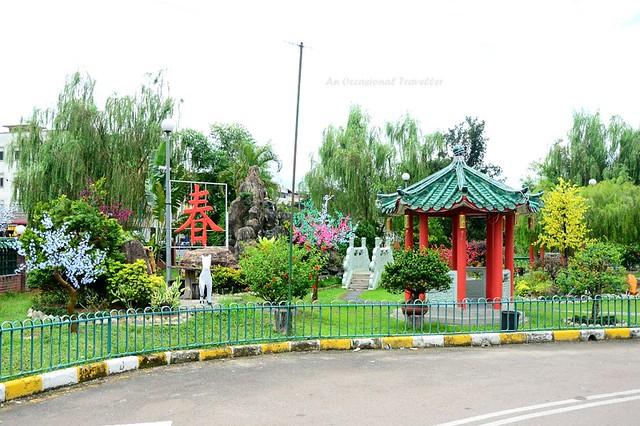 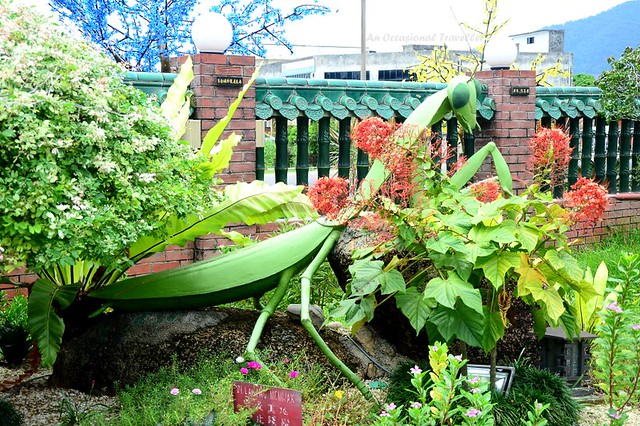 A giant praying mantis in the garden!

Colourful LED lit trees and figurines are also placed throughout the garden as the centre is holding a LED Digital Lighting Exhibition.  Too bad we visited during the day.  I am sure the garden will be really beautiful when it is illuminated at night, a little like the Dong Zen Temple during Chinese New Year. 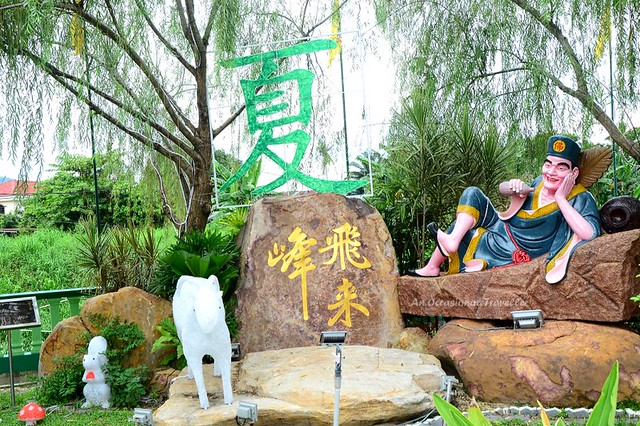 A statue of Ji Gong (济公), a Buddhist monk that lived during the Southern Song Dynasty 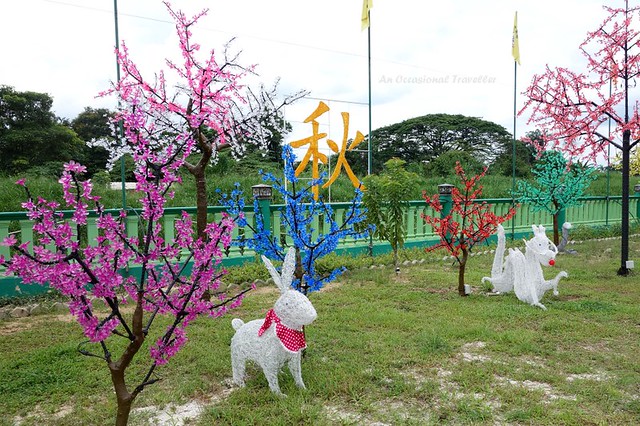 The garden is decorated with a mixture of elements from the Buddhist religion to Chinese culture to even Western culture.  One can even find a snowman figurine and also Santa Clause! 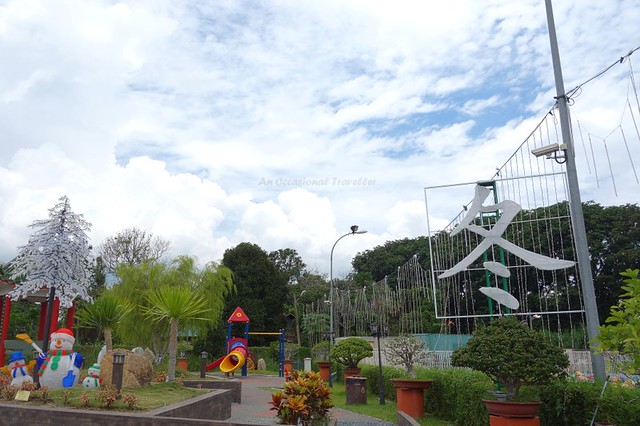 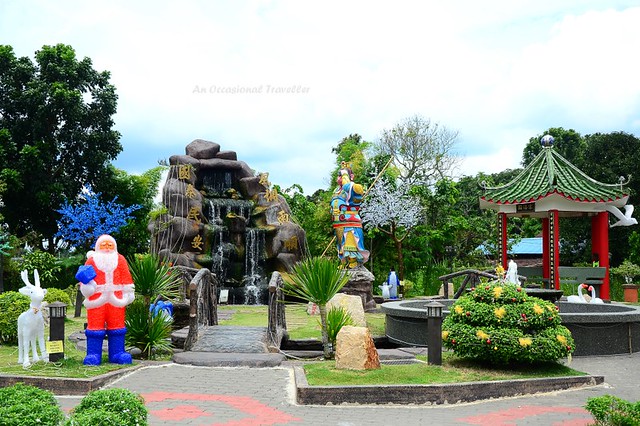 The Monkey God journeyed to the West and met Santa Claus!

We left Kluang shortly after to continue our journey to Johor Bahru on the trunk road.  It was a brief but interesting trip to this quaint town. 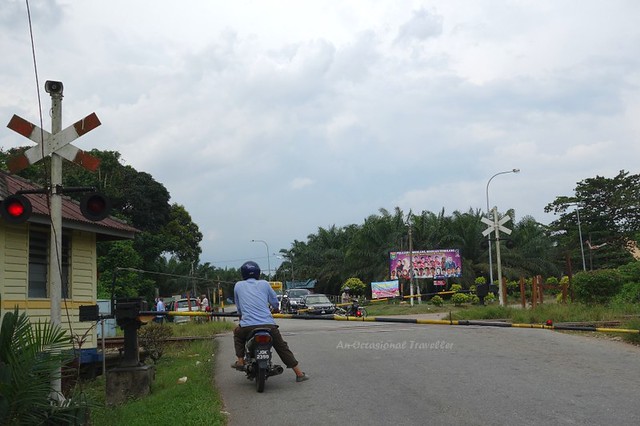 Travelling on the trunk road, hitting a railway crossing is not uncommon 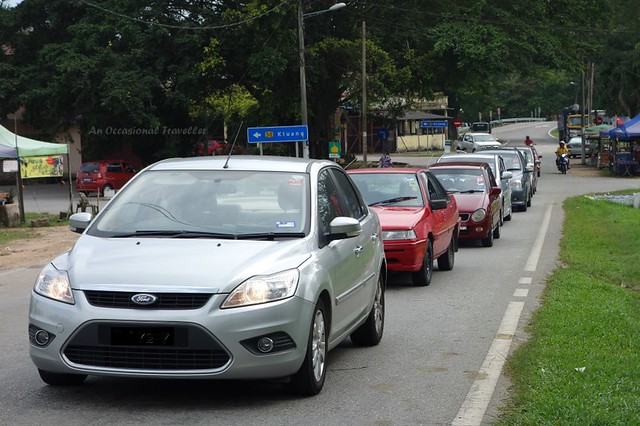 Cars lined up waiting for the train to pass 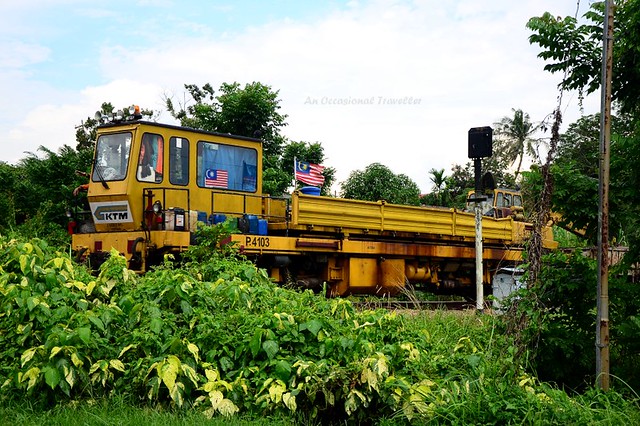 Finally the maintenance train passed by