Parliament House which is located on the corner of North Terrace and King William Road in Adelaide is the seat of the Parliament of South Australia.  Whenever parliament is sitting, members of the public are welcome to witness the proceedings.

Free tours are also conducted for visitors on weekdays when parliament is not in session.  I decided to join one of these tours when I visited Adelaide.

Our tour guide for the day was Anthony who was really enthusiastic and wanted to show us as much of the parliament building as possible.  He also shared with us his vast knowledge of the building. 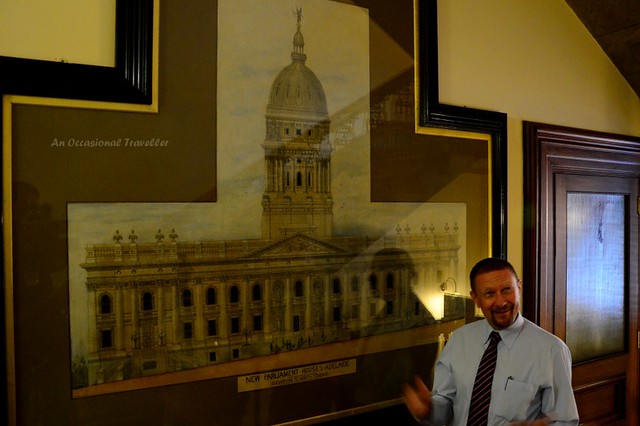 Parliament House consists of two buildings – The West Wing and the East Wing.  The building was constructed in stages.  It started in 1874 and it took 65 years to complete in 1939.  In the original design, the building was supposed to have a dome and towers.  However due to lack of funds, these were removed from the design. 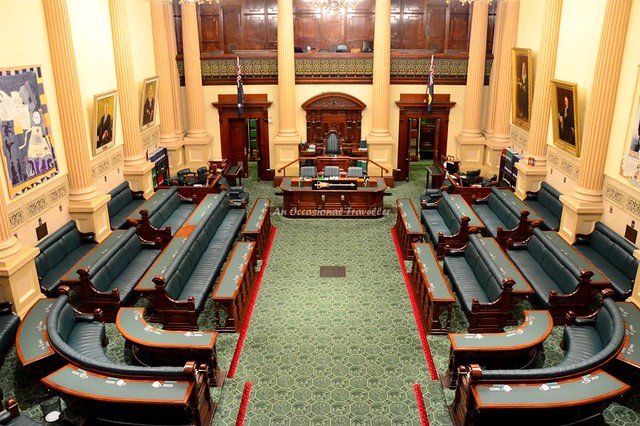 The chamber has grand Roman columns, beautifully decorated ceiling and oil portraits of past Speakers and Premiers. 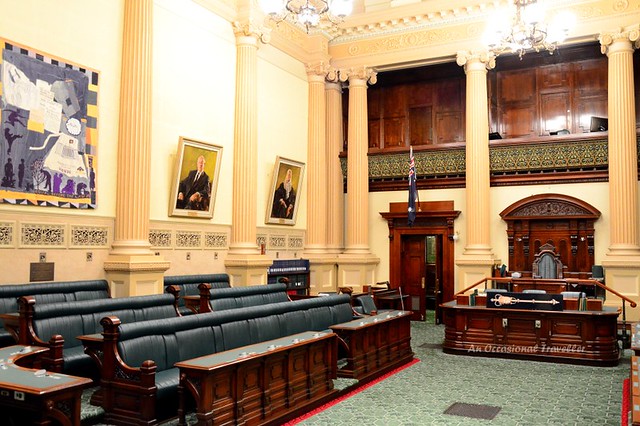 The Speaker’s Gallery (where the clock is hung) is where members of the public sit to see the House proceedings.  These members are admitted to this gallery with the permission of the Speaker, hence the name of the gallery. 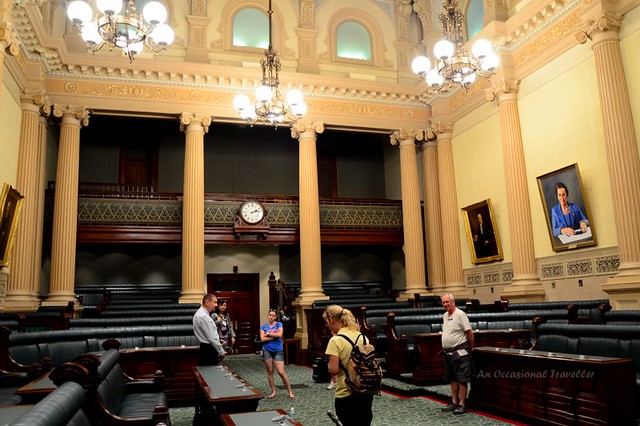 This tapestry is one of the few tapestries titled ‘Equal before the Law’.  It was created in 1994 to commemorate the centenary of women’s right to vote in South Australia. 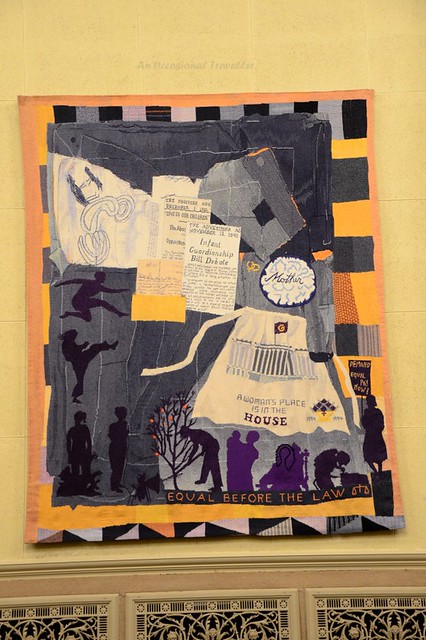 From the West Wing, we made our way to the newer building, the East Wing through this hallway.  The walls are adorned with portraits of past Premiers of South Australia. 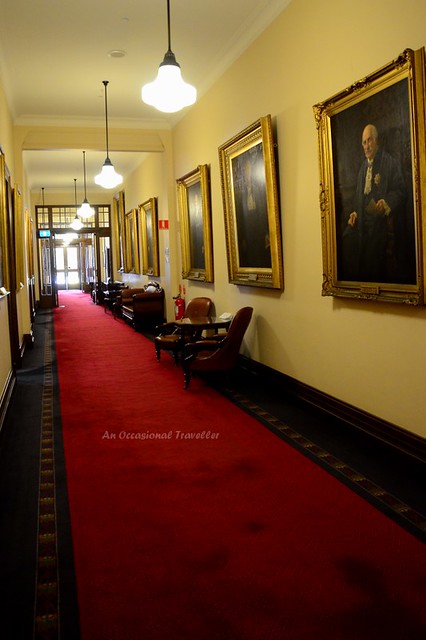 The East Wing houses the Legislative Council (upper house) chamber.  Although there are 22 members, the size of this chamber is the same as the House of Assembly, hence it is more spacious.  Grand marble columns and red carpet are the main features of this chamber. 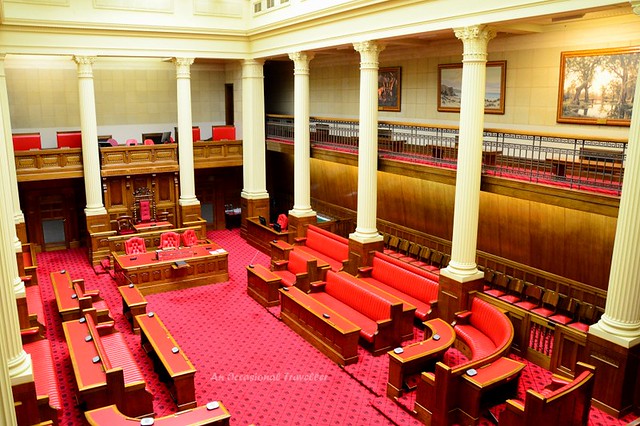 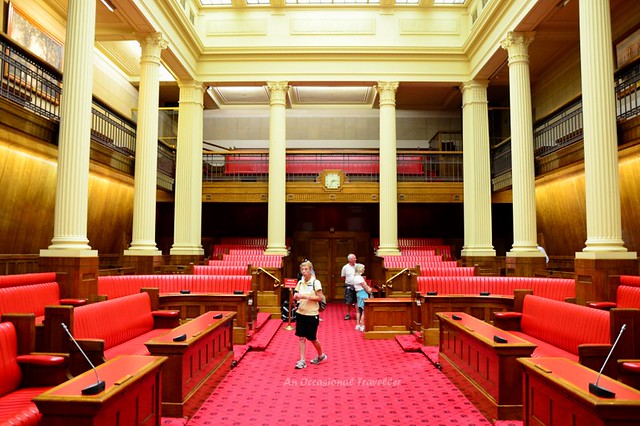 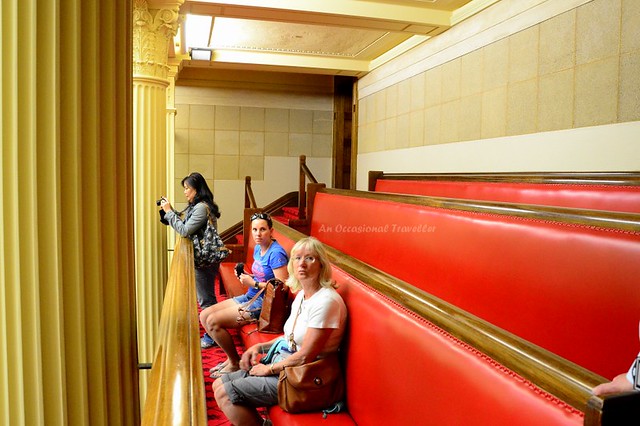 One of the galleries in the Legislative Council

This oak red chair is the The Vice-Regal throne and is also the President’s chair. It has been in use since 1855.  Queen Elizabeth II also sat on it when she visited South Australia in 1954. 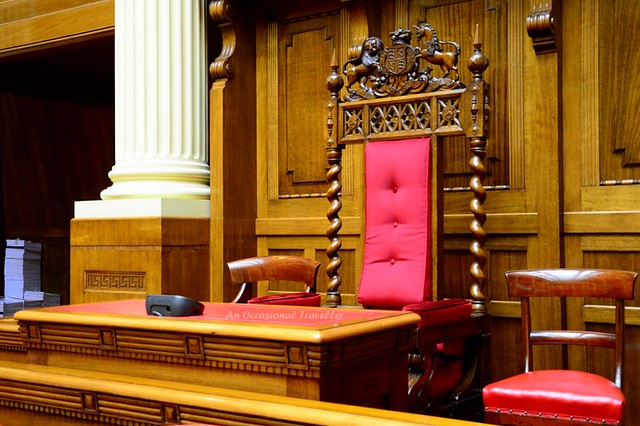 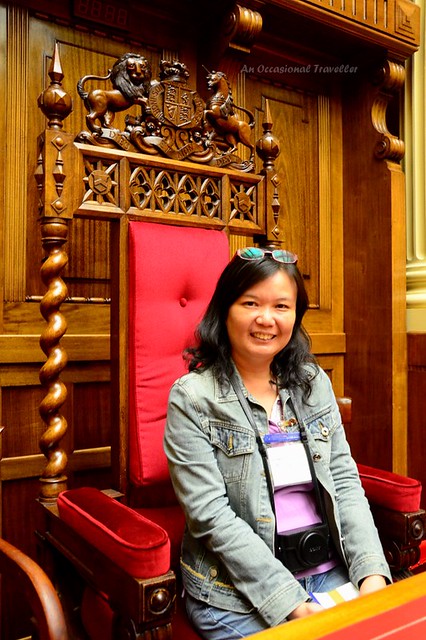 While making our way to the Parliament Research Library, we walked past this panel of beautiful stained glass. 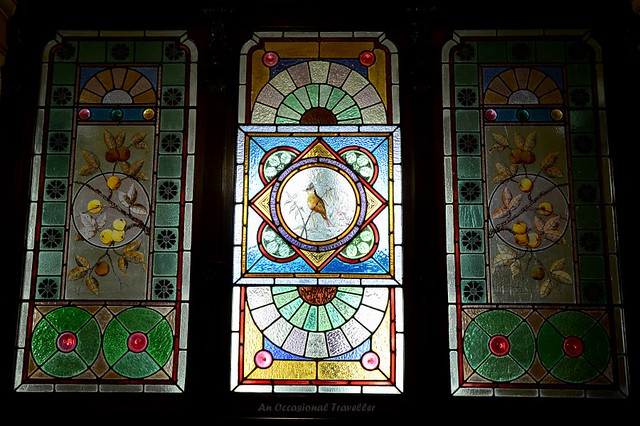 This library has more than 100,000 volumes of publications and since 1936 a copy of any South Australian publication must be lodged with the Parliamentary Librarian. 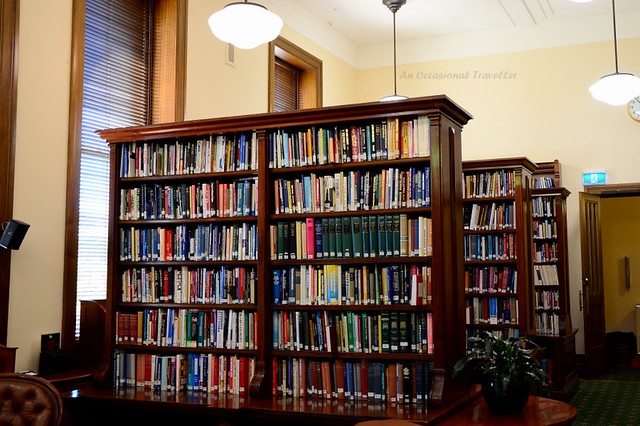 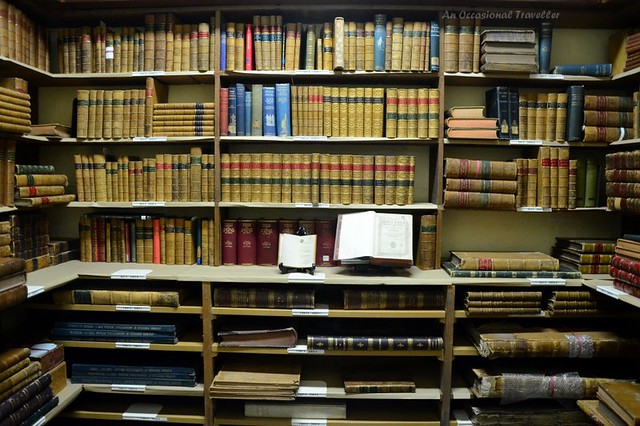 Some of the older publications kept in the library

This library also has a collection of rare publications and books.  Amongst them are these 4 books presented by Queen Victoria in 1864. 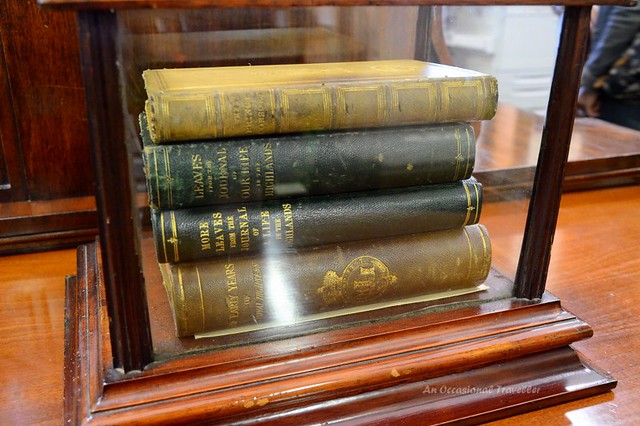 Our last stop of the tour is this meeting room on the first floor of the parliament.  It opens to a balcony overlooking the city. 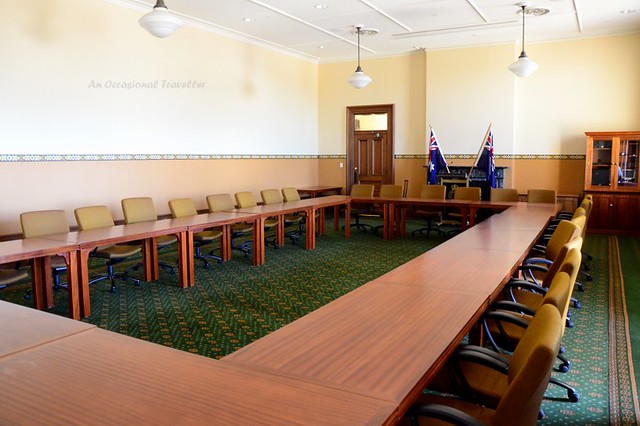 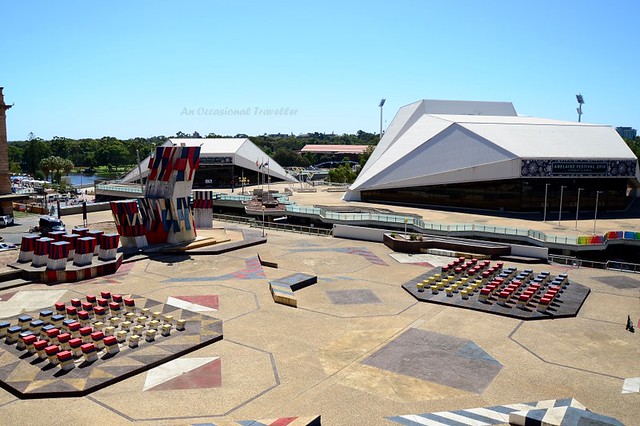 View of the Adelaide Festival centre from the balcony

The tour was scheduled for only take an hour but Anthony took us to every nook and cranny of the building and it lasted one and a half hours.