Final half day in Kyoto. Used the subway to Nijojo-mae station for Nijo Castle. 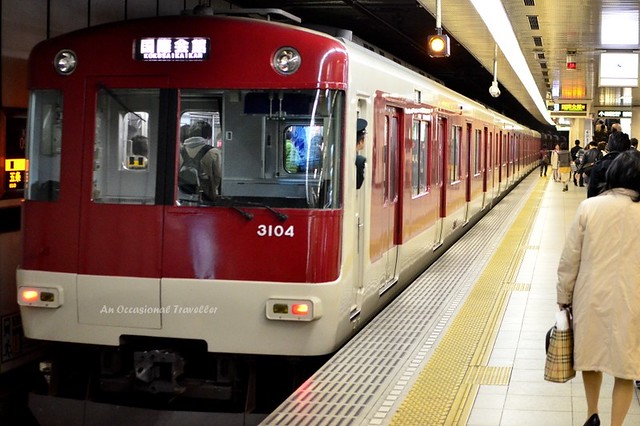 It’s easy to get around using the subway in Kyoto

Nijo Castle (二条城) was built in 1603 as the residence of  Tokugawa Ieyasu, the first shogun of the Edo Period.  It consists of Ninomaru Palace, the ruins of the Honmaru Palace, Ninomaru & Honmaru gardens, plum and cherry orchards.

The Ninomaru Palace served as the residence and office of the shogun.  It consists of six connected separate buildings comprising 33 rooms housing outer chambers (to receive low ranking visitors), inner chambers (to receive high ranking visitors), offices and the living quarters of the shogun.  The walls and sliding doors are decorated with paintings by artists from the Kano school.   A unique feature of Nijo Castle is the ‘nightingale floors’ in the corridors for added security.

The walk through Ninomaru Palace was enjoyable and wasn’t too crowded.   No matter how light the footsteps, the ‘nightingale floors’ in the corridors squeak. 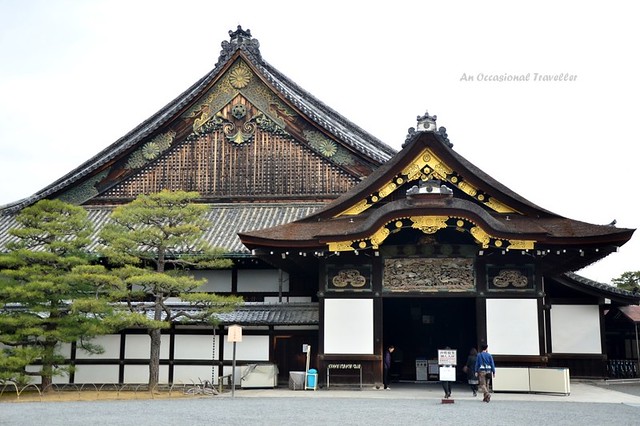 After exiting the castle, we took a walk in the Ninomaru Garden, the plum and cherry orchards and took photos of the blossoming cherry and plum trees. 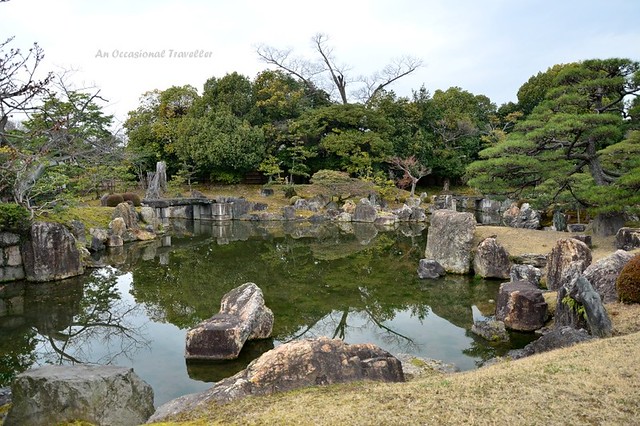 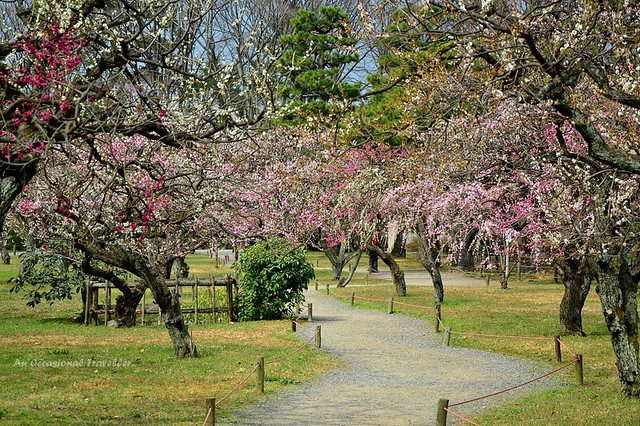 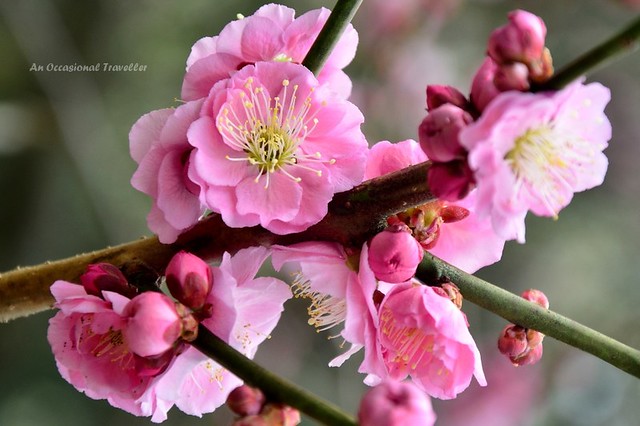 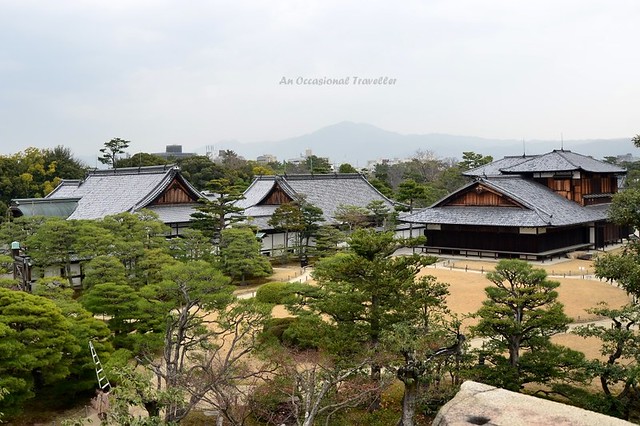 View of Nijo Castle grounds and the various palaces

As we still have some time after Nijo Castle, we took the subway to Shijo station and walked to Nishiki Market (錦市場) to see for ourselves where locals shop for their food. 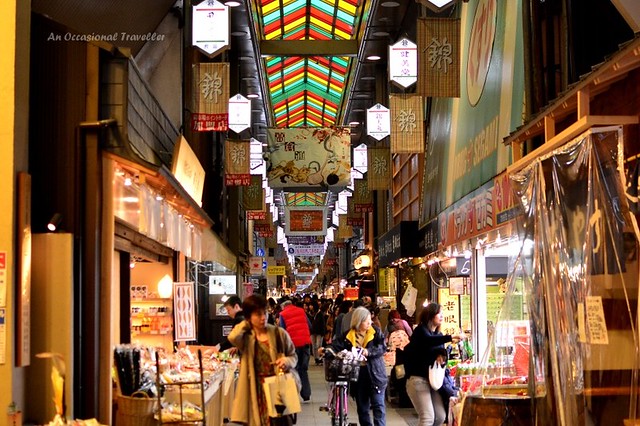 Nishiki Market is bustling with shoppers 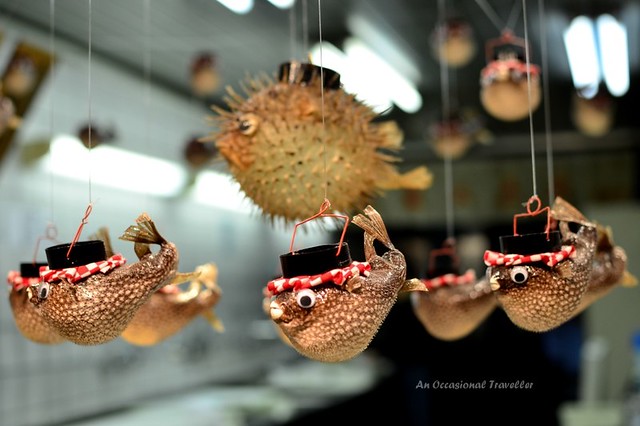 Nishiki Market (錦市場) has a rich history dating back more than 400 years ago.  It started as a wholesale fish market around 1310.  Now the market is housed in a narrow, five block long shopping street with more than one hundred shops and restaurants. 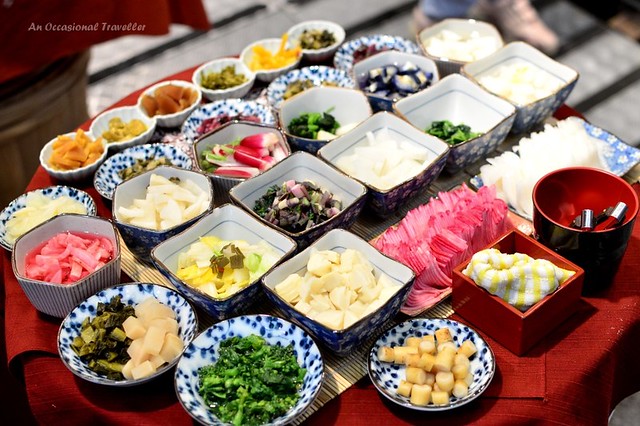 Couldn’t resist buying 2 skewers of fresh salmon and tuna sashimi to snack on while exploring the market. 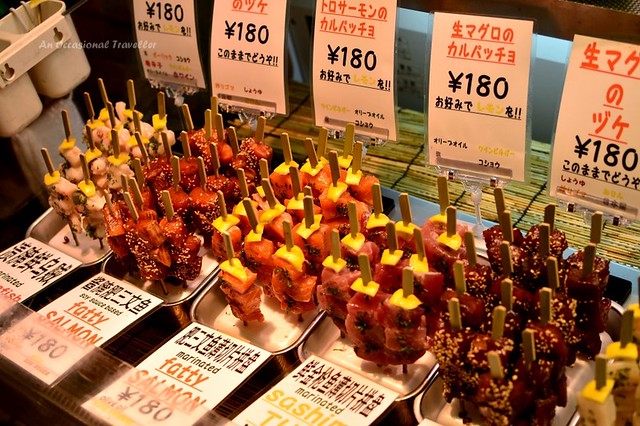 With that, our visit to Kyoto/Nara concluded.  As we checked out of the hotel, rain arrived.  We therefore went on the subway to Kyoto station. 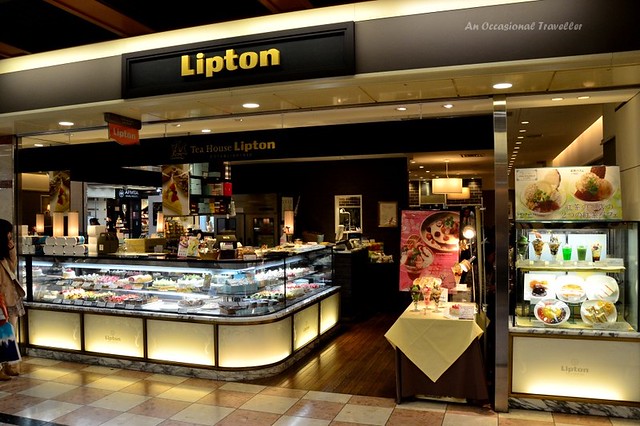 Had a quick lunch before boarding the JR Kyoto Line train to Osaka. 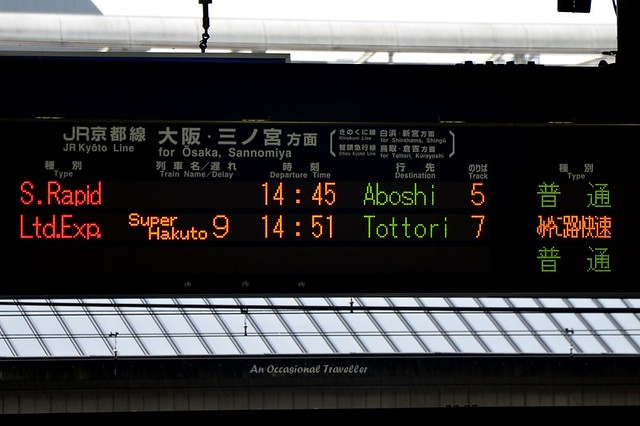 Train info board at the station