First trip of the year and its a 9-day trip to Kyoto, Osaka and Hiroshima in March.  Didn’t manage to catch the cherry blossom in full bloom, only managed to see the start of the cherry and plum blossom season. Also had the chance to experience the special spring Hanatouro event in Kyoto.

Flew AirAsia X from Kuala Lumpur to Kansai Airport Osaka. When the ticket was booked I just chose my seats.  Later AAX declared this cabin to be the “Quiet Zone”.  Didn’t notice much difference in noise level but the good thing about this zone is no kids are allowed :).  Another plus is they use mood lighting instead of the normal white light. 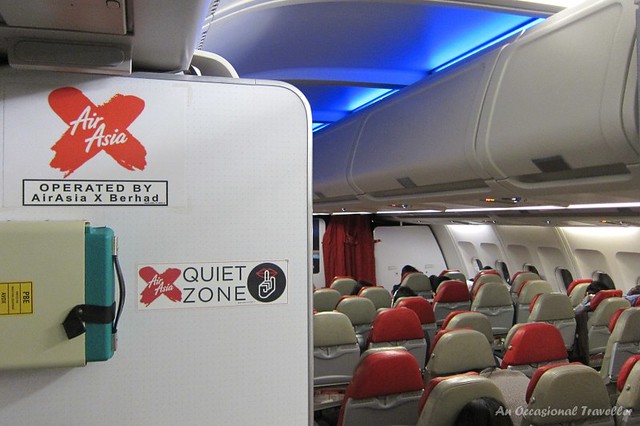 At the JR station located just outside of the airport terminal we bought the  ICOCA and Haruka package. This package is a good deal especially if one is  travelling to Kyoto.  Bought the one way trip which cost ¥3,000 per  person.  It comes with an ICOCA card that is pre-loaded with ¥1,500 and a  ticket on the Limited Haruka Express that can be taken all the way to  Kyoto. 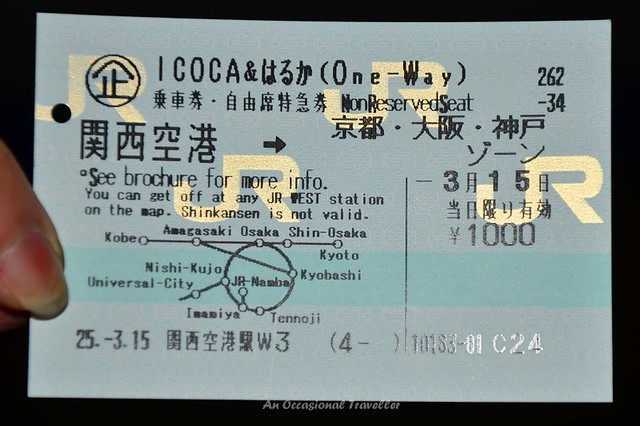 One way Haruka ticket to Kyoto 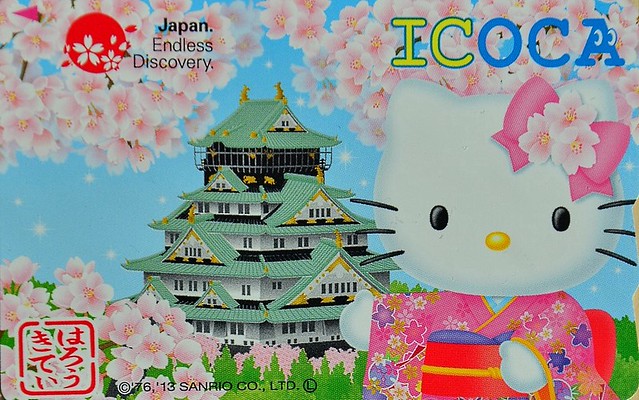 With tickets sorted out, we are on our way – to Kyoto.  Took Limited Haruka 14 train.  Journey took about an hour. 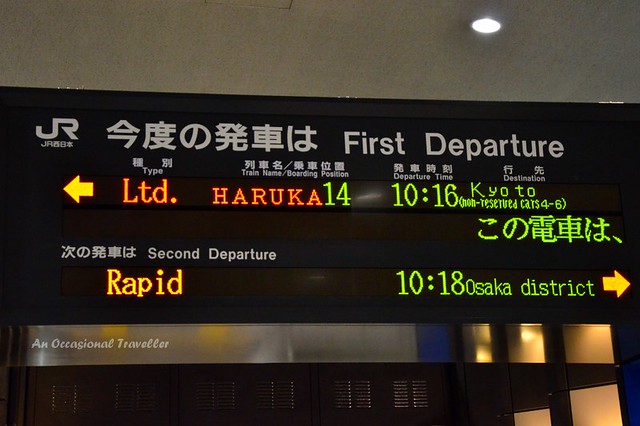 Map is by Google! 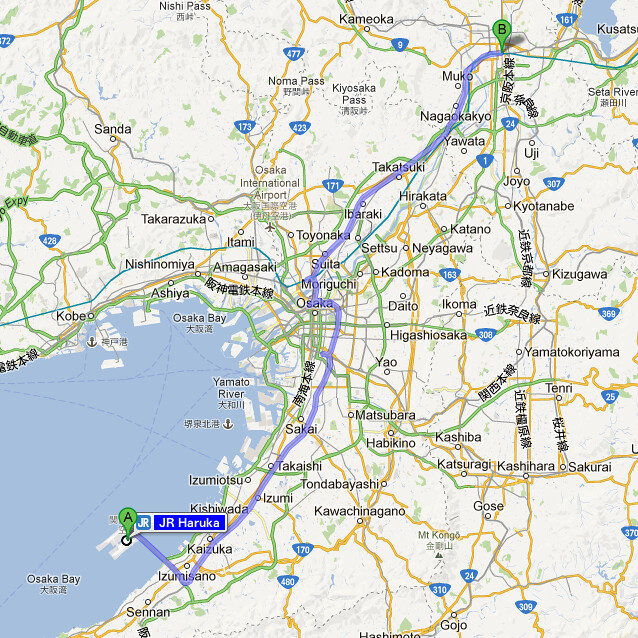 JR route from Osaka to Kyoto

Approaching Shin Osaka station on the train, this building looked  interesting. We will be visiting it when we return to Osaka later. 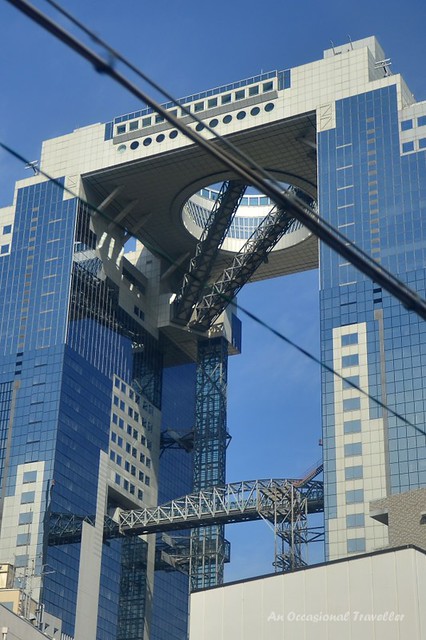 The Haruka terminates in Kyoto, so the train is cleaned and prepared for the  return trip to Kansai Airport.  Here, seats are turned around to face the direction of  travel. 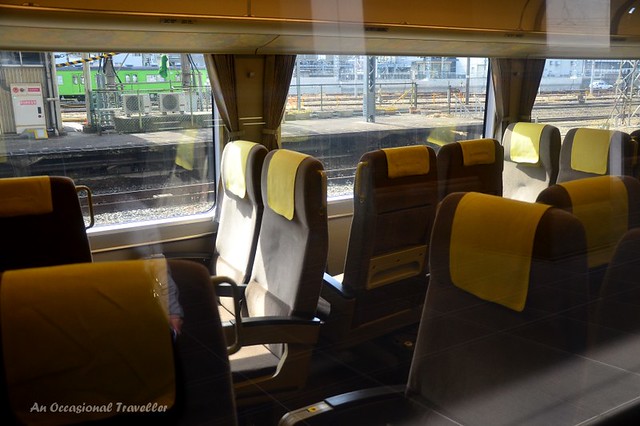 Seats in train being turned for the return journey

The hotel, Citadines Kyoto Karasuma-Gojo was about 25 minutes walk from Kyoto  Station.  Read review of the hotel here.  As it was still too early to check-in, we left our luggage at the  hotel.

Kyoto has more ladies dressed in kimonos than in Osaka or Tokyo. 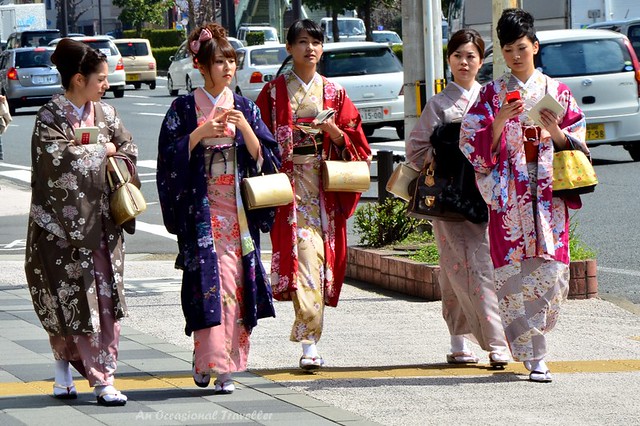 After lunch, a visit to the Fushimi Inari shrine.  Fushimi Inari is the most important of several thousands of shrines dedicated to Inari, the Shinto goddess of rice.  Weather was good with clear blue skies. 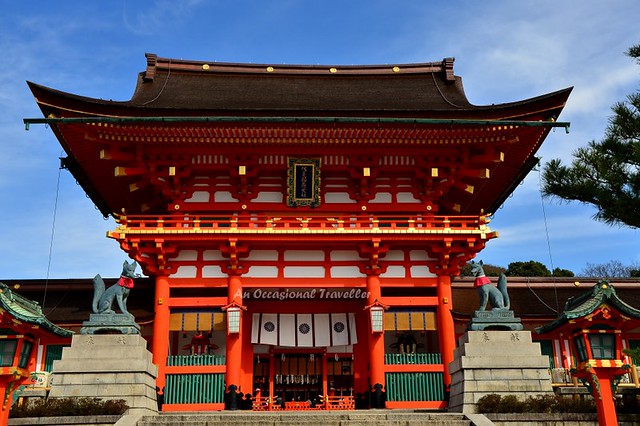 The foxes are considered her messengers. Foxes are sacred beings in Japanese mythology, capable of changing shape and vanishing in an instant. 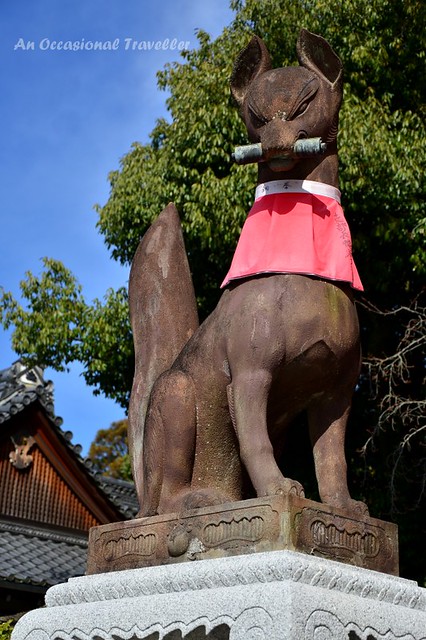 A distinctive feature of this shrine is the thousands torii gates donated by individuals, merchants and companies.  These torii gates are also featured in one of the scene in the movie Memoir Of A Geisha. 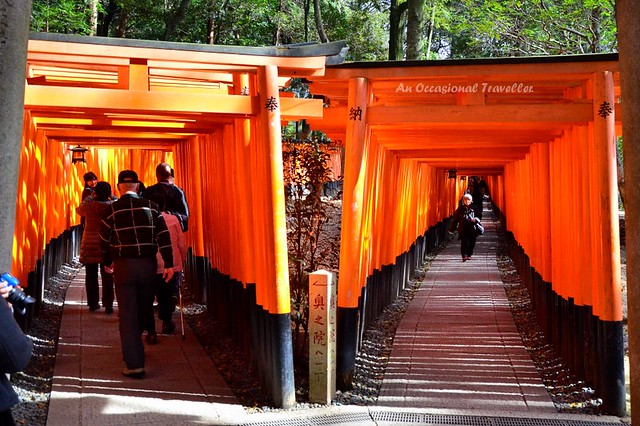 The donor’s name and date of the donation inscribed on the back of each gate. The cost starts around 400,000 yen for a small sized gate and increases to over one million yen for a large gate. 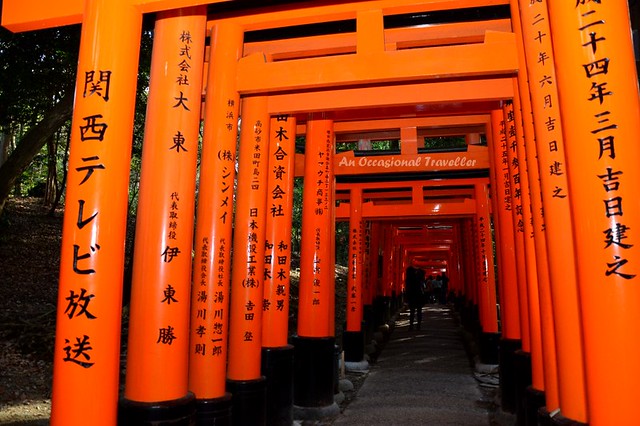 Donors’ names on the gates

After a short rest and freshening up, its dinner in Pontocho.  On the way to  Pontocho, we walked past the shopping street of Shijo-dori. 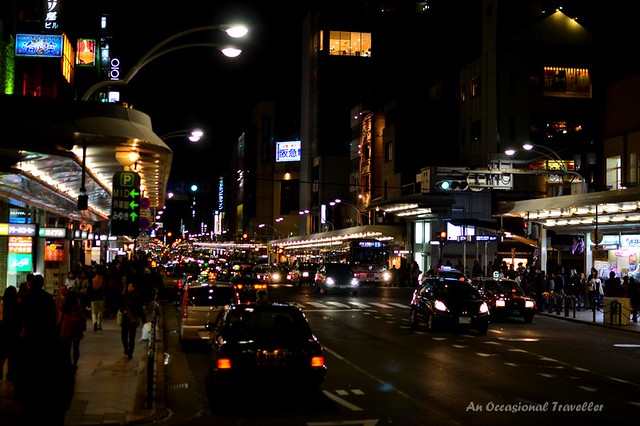 Pontocho is a narrow alley running from Shijo-dori to Sanjo-dori offering a wide range of dining option.  It is also home to many geisha houses and traditional tea houses. 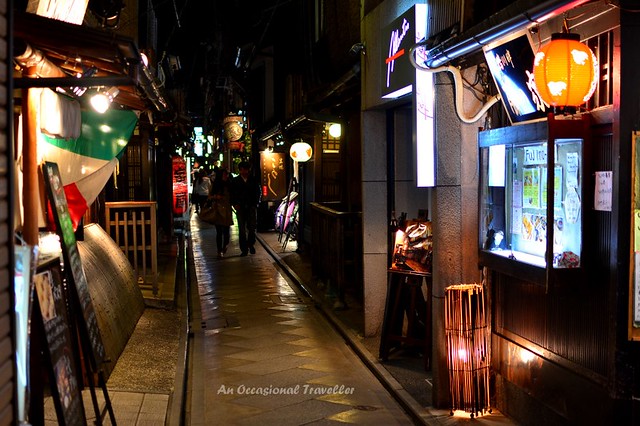 A narrow alley in Pontocho